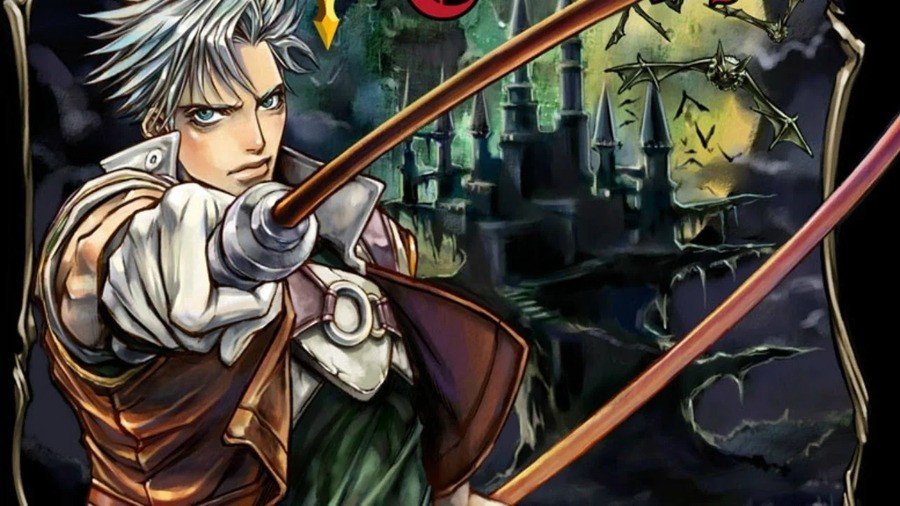 Update: As if it wasn’t obvious enough already, the listing for Castlevania Advance Collection spotted in Taiwan now has official artwork associated with it (thanks, Gematsu), as well as more details on what games are included.

The newly published description confirms that Castlevania: Circle of the Moon (2001), Castlevania: Harmony of Dissonance (2002), and Castlevania: Aria of Sorrow (2003) are included, with the surprise being that Castlevania: Dracula X (Vampire’s Kiss in Europe) is also making the cut. The name used suggests that this is the SNES adaptation of Dracula X: Rondo of Blood, but it could be that the PC Engine original (which is the superior game) is included. There’s also a “Rewind” function, as well as other ‘quality of life’ upgrades.

As you can see from the updated icon, it matches with Konami’s previous ‘collection’ releases, which cover Castlevania, Contra and arcade titles.

It’s also worth noting that retailer Play-Asia briefly listed a physical version of the collection on its site.

It’s highly likely that the collection will be officially confirmed during today’s Nintendo Direct.

Original Story [Fri 17th Sep, 2021 04:15 BST]: In June, it was discovered how a “Castlevania Advance Collection” had been rated by the Australian Classification Board.

The publisher was listed as Konami and the author was ‘M2’ – best known in recent years for re-releasing various retro classics on the Switch. This followed with a PC version of the game being classified in South Korea.

It seems the latest classification in Taiwan has now confirmed the collection for Xbox One, PlayStation 4 and the Nintendo Switch. Judging by the title, the package is expected to include Circle of the Moon, Harmony of Dissonance, and Aria of Sorrow – although nothing has been officially confirmed yet.

It’s just a matter of Konami announcing the collection now. Would you be interested in replaying Castlevania’s Game Boy Advance entries again? Tell us down below.