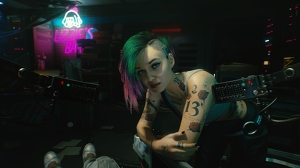 CD Projekt has vowed to stick with its embattled Cyberpunk 2077, despite concern about the state of the game and the studio's ability to turn it around.

Upon release in December, Cyberpunk suffered from a raft of crippling technical issues, particularly on consoles, and failed to live up to the expectations set by its pre-release marketing.

The problems were so bad that Sony pulled Cyberpunk from sale on the PlayStation Store – and Microsoft slapped the game with a performance warning. Refunds were eventually offered for a limited period. CD Projekt also faces class action lawsuits in the United States over Cyberpunk's troubled debut, and potential legal action from investors.