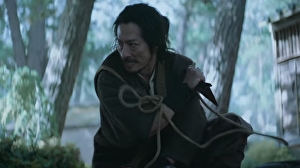 Mortal Kombat’s latest live-action movie adaptation is mere days away from its 23rd April release, and, in preparation for its arrival, Warner Bros has shared its limb-flinging, martial-arts-hued opening seven minutes online.

Before getting to the meat of the story, however, Quaid and Russo set the scene with an opening sequence that whisks viewers back to Feudal Japan in order to establish the conflict between the clans of Hanzo and Bi-Han (who go on to become Scorpion and Sub-Zero, here played by Hiroyuki Sanada and Joe Taslim respectively).