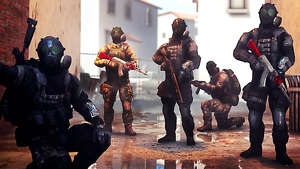 Alvo means 'target' in Portuguese but when it comes to hitting its release dates, this multiplayer VR shooter has been consistently wide of the mark.

Originally announced in 2017, Alvo was cancelled in 2018 after the developer Mardonpol "lost funding from our investor". Thankfully the project was resurrected later the following year and this week, Alvo has finally launched on PSVR.

So, for today's episode of Ian's VR Corner, I'll be putting this much anticipated game through its paces in a special 3 hour live stream which you can watch on the link below, starting at 2pm BST.