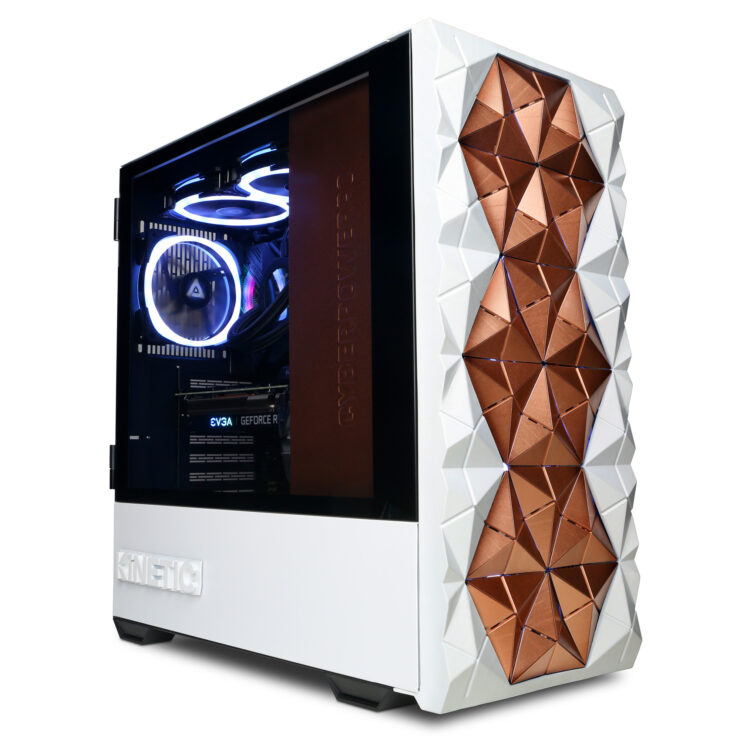 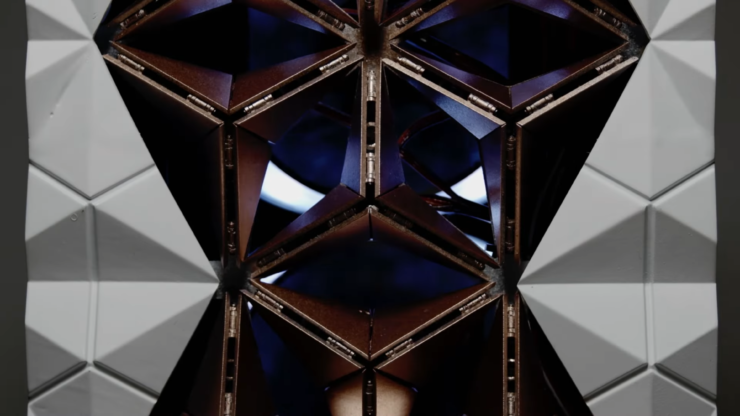 CyberPowerPC is expected to reveal a new series of advanced gaming technology devices centered around Corsair’s iCUE RBG ecosystem, as well as new series from CyberPowerPC’s elite Syber division, and a new patent-pending chassis concept dubbed “KINETIC” that intelligently adjusts case venting based on temperatures in real-time. This gives the case the appearance that it is breathing.

CyberPowerPC was ‘physically’ absent from CES 2022 but still unveiled the KINETIC-series gaming chassis to start out 2022 with a layer of creativity and originality.

We are entering 2022 with some of our most sophisticated and elegant designs ever. For discriminating gamers our PC Master Builders are ready to hand-build and test new gaming PCs that are ultra-clean, streamlined, and deliver maximum performance for those who want something truly unique.

The team at CyberPowerPC was influenced by Kinetic Architecture for their new chassis concept. Kinetic Architecture is the process through which buildings are designed to allow parts of the structure to purposely move. CyberPowerPC’s KINETIC chassis utilizes 18 individually controlled articulating vents that open and close in accordance with the system’s internal ambient temperatures in real-time.

CyberPowerPC’s newest chassis is not restricted to basic open and close commands. The focus of KINETIC’s patent-pending parametric design is allowing the system to monitor temperature adjustments and adjust the airflow to the most minute degree of change in temperature through the system’s actuating vents. The chassis will also sense the environmental changes in the surrounding area of the case and continuously contract and expand to adapt fully to any situation with incredibly minute adjustments.

CyberPowerPC offers a software interface, allowing users to customize and adjust temperature ranges to create venting actuations which will activate and add quick buttons to fully open or close the vents with a single click.

The KINETIC series will be offered in black and white colorways and is expected to feature plenty of interior space for premium and unrestricted cooling ability. The new case will be able to accommodate radiators up to 360mm while still fitting an additional 120mm radiator simultaneously when needed.

With the support of full ATX size motherboards, the KINETIC chassis can support up to seven 120mm fans or five 140mm fans. The new case from CyberPowerPC will also be compatible with most extended-length graphics cards. 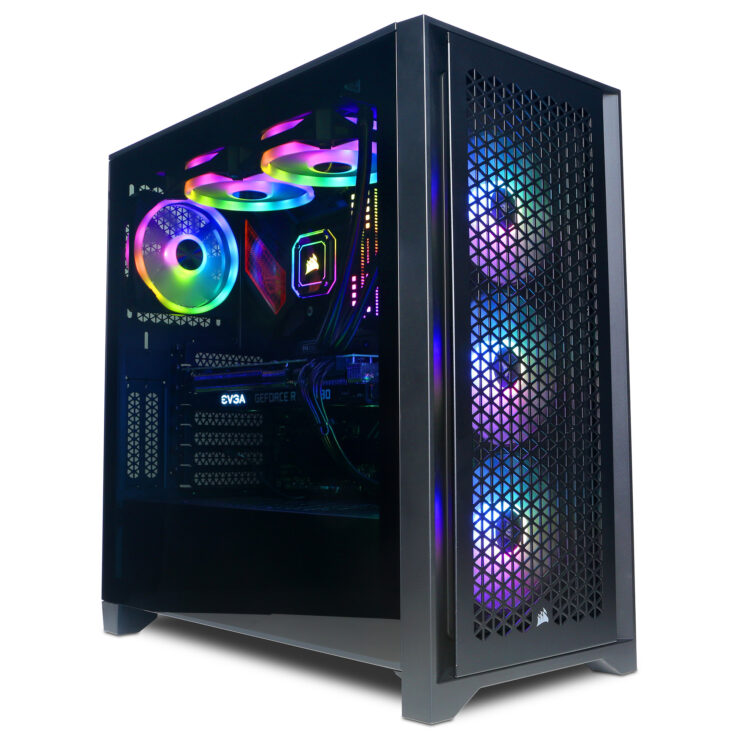 The new CyberPowerPC iCUE series is certified by both companies, guaranteeing all vital components are iCUE-compatible and prepared to work directly out of the box, giving users complete access to the system’s lighting and more. Users will have the ability to monitor real-time temperatures, customize lighting effects to warn them when temperatures start increasing above normal levels and create automated fan curves to adjust the speed of the fan.

Users will be able to upgrade and customize their systems through the CyberPowerPC iCUE configurators starting January 4, 2022, along with other Corsair chassis, liquid cooler, RGB fans, and more currently available.

CyberPowerPC’s Syber division launched their mid-range tower, which is VR-ready, called the Syber M-Series gaming PC. These new series push the boundaries of the architecture of gaming PCs to increase immersive experience to new levels. 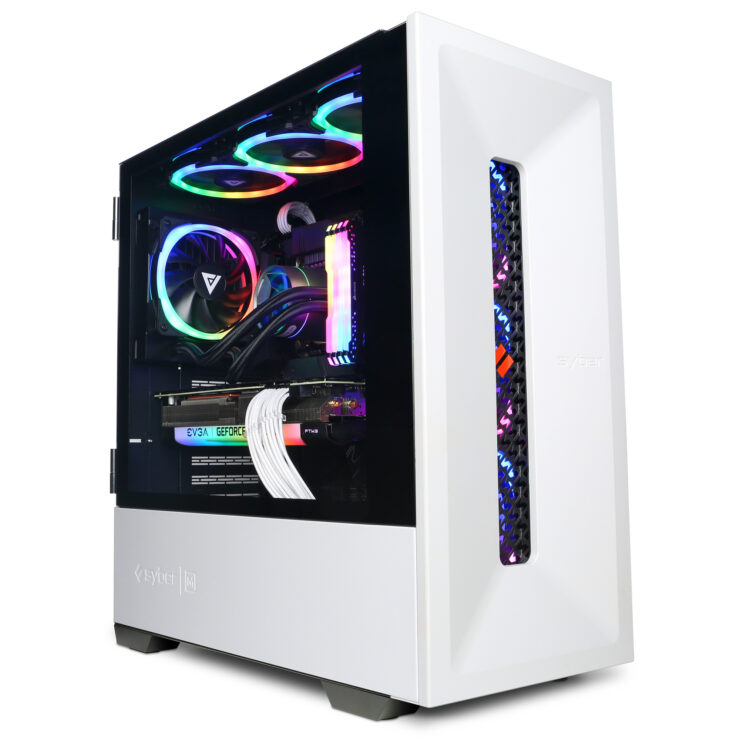 style air intake, representing a new level in PC structural technology. Using the new performative air intake grill, users can expect air to be drawn over a set of cooling fans located behind an aesthetically pleasing mesh grill, promising advanced ventilation to offer the ability to unlock better gaming performance. The Syber M promotes premium aesthetics and increased performance in the new chassis series, surrounded in a finished, high-quality tempered glass panel to showcase the PC’s inner computer components. Decked with up to seven fans, showcasing a sophisticated aesthetic, and offering an optional AIO cooler, the Syber M promises to keep PC components cool and protected at all times.

Based on user feedback, our team designed and developed the new and improved M to deliver unrivaled gaming performance with a unique and beautiful air intake grille aesthetic.