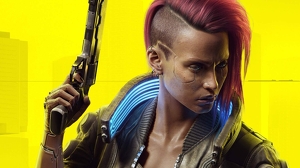 Cyberpunk 2077's big 1.2 patch rolled out at the end of last month, promising a huge amount of bug fixes and performance improvements (and delivering some significant boosts for PS4 Pro, at least). But it seems the patch may have quietly added some content for upcoming DLC updates, as a dataminer has discovered new files referencing previously-unseen "episode one" street story quests.

Discovered by a member of the modding community who goes by the username romulus_is_here (shortened to Romulus for this article), the quest descriptions were recently added during the 1.2 patch. Using modding tool "CP77 Tools", Romulus has been unpacking archive data to browse quest files for some time, and told me he does this as a hobby.

Romulus told me that main quests in Cyberpunk 2077 are normally split into three categories: prologue, part one and epilogue, numbered from q000 to q204. A couple of quests, however, can be found in the localisation directory, where they are named q301 – outside the parameters of the regular quests in the game. They're also named "story-ep1", presumably short for story, episode one.