Hopefully, the world is not over cyberpunk. We may have been marred by Cyberpunk 2077, but in time, even that wound will fully heal. The recent reviews on Steam are even starting to reflect that. It might also be a great time to check out another cyberpunk game called Deadlink.

Developer Gruby Entertainment is making a roguelite game in a cyberpunk style called Deadlink. In this game, you play as a “humanoid combat shell”, which is part of something called the Deadlink protocol. You are the weapon of the Corporate Security Agency. 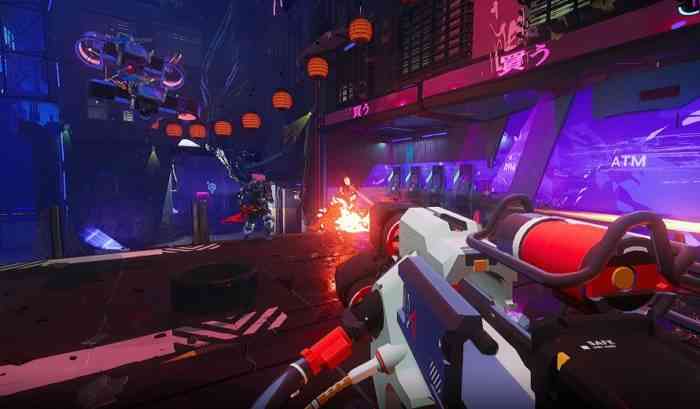 The role of the CSA is to disrupt the shady dealings of the corporations that run things in this dystopian world. Players will be visiting all sorts of locations, from the city slums to corporate offices to secret labs. By beating enemies will allow you to upgrade yourself for future fights. Even if you lose, you can come back stronger.

Deadlink takes inspiration from classic FPS games like Doom. There is a fast and somewhat chaotic nature to this game. Players can use all sorts of destructive tools like grenades and various firearms, as well as other abilities to zip around the area.

There is no official release date set for Deadlink, but hopefully it will be entering early access soon. Deadlink will be coming to PC, but keep your ear to the ground for more details about its release.

Do you like the roguelite/cyberpunk fusion of this game? Let us know in the comments below.