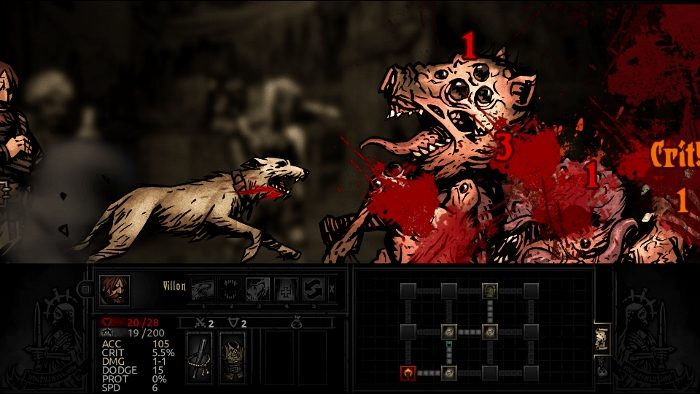 Darkest Dungeon 2 is the much-awaited sequel to the 2015 RPG, and based on its new trailer, it looks like it is going to expand the world and build on the foundation that was pre-set by its predecessor.

Developed by Red Hook Studios, Darkest Dungeon 2 was scheduled to launch sometime this year. Thankfully for those who have been waiting quite a while for this game, it has already been confirmed to arrive in Early Access on the Epic Games Store on October 26th. Unfortunately, there was no word on how much the game is going to cost, but buying the game in its Early Access state will grant players the full game once it has been officially released.

The recently revealed Darkest Dungeon 2 trailer wraps up with a montage of enemies burning, stabbing—and then re-stabbing—and poisoning the players’ poor crew of adventurers as they went along their journey. There is a horse-drawn carriage that takes the players through different environments, including a courtyard that shows a burning a castle, a village, and a dark and rainy forest. The trailer also introduced some of the game’s playable characters and their respective skills, such as The Grave Robber, The Hellion, The Plague Doctor, The Man-at-Arms, and The Highwayman.

Although it follows the original game, Darkest Dungeon 2 now has a roguelike type of gameplay, which seems to be a big step away from the original title’s dungeon crawling. Also, the combat has also been reworked quite a bit. Still, the franchise’s core spirit is still present.

Its arrival on Early Access next week is received as a combination of good and bad news for most Darkest Dungeon fans. After all, Early Access programs are known for allowing players to buy a game even if it is still in development. By definition, the game may not yet be complete once purchased. On the other hand, fans will get a chance to play the game before it is officially launched in its final form to the gaming public. With that said, Early Access is seen as a great option for devs to simultaneously fund their game while still gauging interest for it.

Are you excited for Darkest Dungeon 2? Let us know in the comments below.