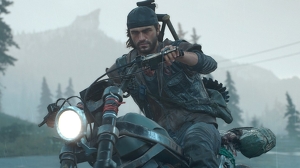 Days Gone – which initially launched on PS4 before making it way to PC earlier this year – was the studio’s first crack at a new IP since its acquisition by Sony in 2000; prior to that game, the developer was largely known for adapting the likes of Uncharted and Resistance for Sony’s handheld consoles, the PSP and Vita.

Announcing its next project in a statement on Twitter, Bend wrote, “We are beyond grateful for your support with Days Gone and are truly honoured by the amount of passion our community has shared with us for our world and characters. Your enthusiasm motivates us to continue to improve and create experiences that will last a lifetime.”