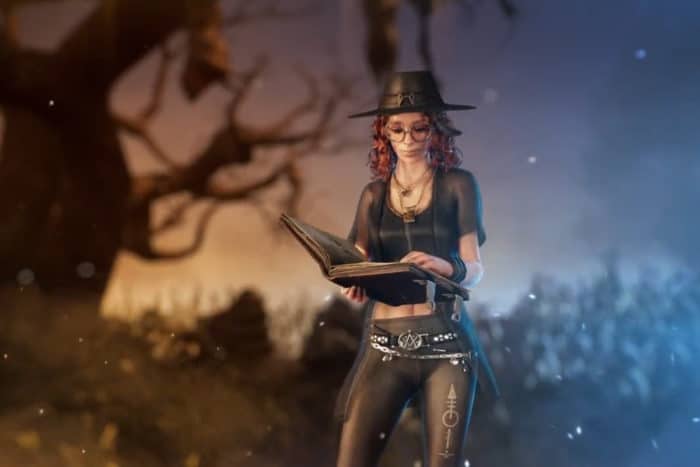 Dead By Daylight has cemented its reputation as one of the best scary games in the market today. With that said, fans were expecting a new character to be revealed, especially as Halloween season comes near. The next update for the franchise is the Hour of the Witch, and it will bring with it a new Survivor named Mikaela Reid.

“A new Survivor is coming to Dead By Daylight,” the devs confirmed on social media. “She brings light and life to a realm of darkness and death.”

Mikaela is big into witchcraft and will actually be the only character to be included in the Hour of the Witch Chapter that is coming sometime soon. Although it is not common to only have one character released in a Chapter, it is not completely unheard of, since Hellraiser’s Pinhead was also launched in the game as a single character package.

Unfortunately, an official launch has not been provided, but the character has already been added to Dead By Daylight’s test servers—which, in turn, gave fans of the franchise their first look at what her perks are going to be.

Dead By Daylight’s new character has perks that seem to be centered around totems, which are the artifacts that Survivors need to cleanse after Killers have hexed them. She can transform these totems into boons for herself and her allies.

Survivors within the Dead By Daylight story are understandably not as sturdy as the hulking murderers that chase them throughout the game. However, just like Mikaela, they will have unique skills and abilities that were specifically designed to make up for that.

Dead By Daylight’s last update brought the addition of Pinhead. While Pinhead is a licensed character, Mikaela Reid is a character that is totally original to the Dead By Daylight franchise. With that said, once she is launched into the game, fans expect that she will have some sort of back story that will explain how she ended up in the Fog.

The post Dead By Daylight’s New Survivor Is Going to Be a Witch appeared first on COGconnected.