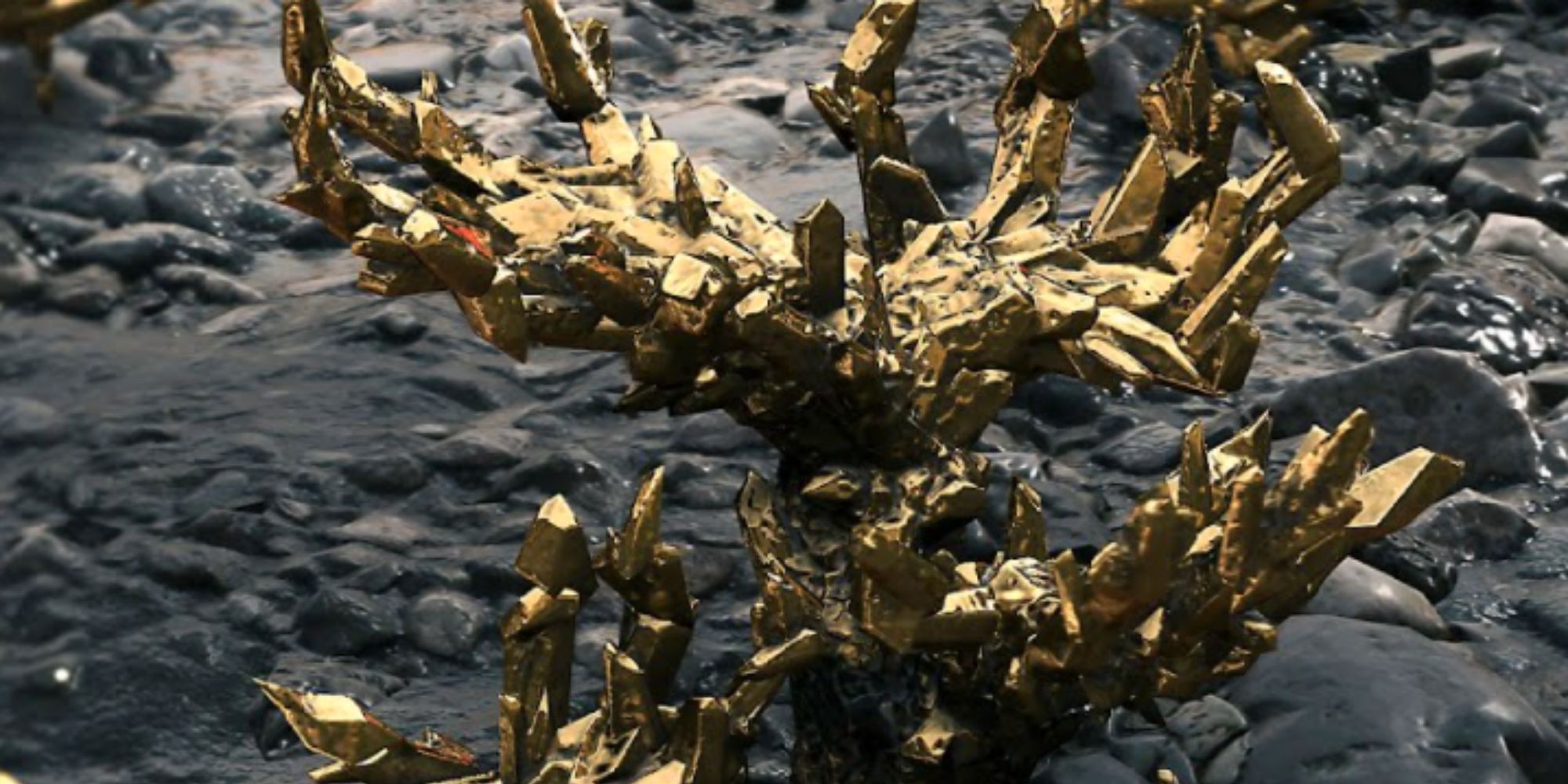 Death Stranding takes place in a giant wasteland, where both people and materials are incredibly scarce. You have to keep your eyes open during your travels if you want to build a large collection of materials, which you’ll need throughout Sam Porter’s adventure for a few different things.

What Can You Use Chiral Crystals For?

Another machine that can use Chiral Crystals is the Autopaver, which can create roads in Death Stranding’s open world. The ability to create roads is second to none in terms of usefulness, since it can help move you from place to place in only a few minutes, so collecting a supply of Chiral Crystals should be a top priority if you want to quickly ride across the land.

There are lots of things that you can use Chiral Crystals for, but the previously mentioned contraptions are the most useful, and you need to farm a lot of Crystals before you can use them effectively.

Since Chiral Crystals are such an important material, it’s no surprise that they’re also quite rare, whether you’re actively searching for them or not. Collecting a lot is hard, but it becomes easier as you progress through the story. Here’s a list of every way you can effectively farm Chiral Crystals in Death Stranding.

Unlike the other two methods, which require directly collecting the Crystals, this is a passive way to earn Chiral Crystals as you progress in the game. After creating new connections between settlements, you can claim Chiral Crystals by choosing the “Claim Materials” button inside the menu.

RELATED: Death Stranding Director’s Cut: How To Transfer Your Save From PS4 To PS5

Since you don’t need to actually collect these Crystals in the field, you can rest assured that you’ll always have at least a small supply of Chiral Crystals — as long as you’re creating new network connections. This method won’t make you wealthy in Chiral Crystals, but it may give you enough to spend throughout your journey, depending on how many you plan to use.

Defeat A Large BT During A Timefall Storm

First, you’ll need to find a Timefall Storm by checking the weather forecast. Once you’ve entered a Timefall Storm, you will encounter BTs and possibly a large BT creature that poses a much larger threat than the rest. Defeating any type of BT requires a lot of supplies — most notably, you’ll need anti-BT weapons such as Hematic Grenades, which are explosives made out of blood. Sam can craft these weapons with his bodily fluids, so there’s always a supply of them while adventuring. There are also guns that function similarly, including the anti-BT handgun. Guns are better for fighting large BTs for precision since you shouldn’t waste any ammo while fighting one of these giant creatures that appear during Timefall Storms.

Once you travel into a Timefall Storm with your equipment, you have to defeat the BT. Large BTs aren’t hard to find during Timefall Storms, and you’ll know when you encounter one based on the appearance. Throw Hematic Grenades and shoot at the BT with any anti-BT guns you have to slowly defeat it. The battle will be tough, regardless of how skilled you are in Death Stranding’s combat system.

After you’ve defeated the BT, you can collect the Chiral Crystals that it drops. The BT will move into the air and leave a few golden structures that each contain Chiral Crystals. With this method, you can farm a lot of Chiral Crystals in a short amount of time. You can defeat large BTs to collect Chiral Crystals as often as you can encounter the Timefall Storms and BTs.

Pick Up Chiral Crystals From The Environment

The easiest way to build a supply of Chiral Crystals is by collecting them directly in the world. As you travel, you’ll come across small structures that appear similar to hands made out of gold. You can collect Chiral Crystals from these golden creations, and then you’ll have a few more Chiral Crystals in your pocket.

Although there are lots of places where you can find these structures, there are a few ways to have a better guarantee of seeing them. You can occasionally find an entire field of Chiral Crystals, which is the best possible way to find them in the wild. Most of the time, these crystal fields are in locations that aren’t often traveled, such as ravines.

Timefall storms are also a great way to collect Chiral Crystals. As mentioned above, you can defeat BTs to collect crystals, but you can also find them inside the storm itself. The best place to find Chiral Crystals is a Timefall storm, but you have to determine for yourself whether the risk is worth the reward and bring powerful equipment to survive the storm. You can check the forecast to try to purposefully encounter a Timefall Storm; they happen often throughout the world.