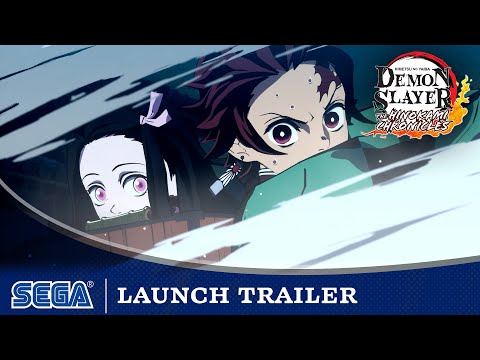 Today Sega launched the two-day early access for those who pre-ordered the Digital Deluxe Edition of Demon Slayer: Kimetsu no Yaiba – The Hinokami Chronicles.

To celebrate, the publisher released the game’s launch trailer, which focuses on both story moments and gameplay, showing both heroes and villains.

You can watch it below. If you want to know whether the game is for you or not, you can check out our review.

You can enjoy the latest trailer showing the Mugen Train Arc, another trailer showing a boss battle, the previous gameplay, a trailer showing the Tsuzumi Mansion Arc, one more trailer and screenshots, more trailers showing Tanjiro Kamado and Nezuko, the trailers for Zenitsu and Inosuke, one for Giyu Tomioka, three featuring Sakonji Urokodaki, Makomo, and Sabito, two showing Tanjiro Kamado (Hinokami Kagura Version) and Murata, two more showcasing Shinobu Kocho and Kyojuro Rengoku, and two about the versions of the characters from the Kimetsu Academy spin-off.

The game was developed at popular studio CyberConnect2, which is certainly used to developing games based on well-known anime.