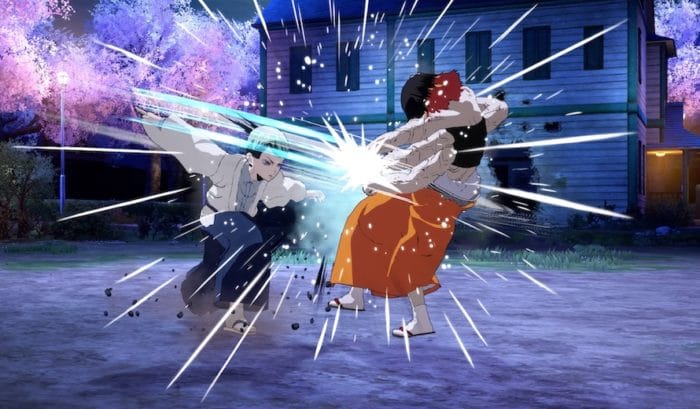 Today, Sega released the newest update for Demon Slayer – Kimetsu no Yaiba – The Hinokami Chronicles. This is the third DLC for the game based on the hit anime since its release in October. It brings a host of free new updates to the game.

Demon Slayer features the original anime voice cast and is well-known for its cast of characters. This update adds two new playable characters to Versus mode: Enmu, and the tandem of Yushiro and Tamayo.

Enmu has a twisted personality as the Lower One of the Twelve Kizuki. Serving under Kibutsuji, Enmu works against the Demon Slayers. Enmu excels at fighting with long-range attacks and projectiles.

Even his light attacks, aerial attacks and throwing moves all have a long reach. This will allow players to keep their distance. Both of his support skills can’t be guarded against. All of this will be sure to make Enmu a tough opponent to face.

For the other addition, Tamayo is a researcher who has sworn revenge against Kibutsuji. She saved Yushiro’s life by turning him into a demon. Players will primarily fight as the demon Yushiro, who comes with skills that allow him to attack while dodging or parrying attacks. He is the ultimate counter-attacker.

Using Yushiro’s support skill, players can summon Tamayo and will act independently from the player. Therefore this tag-team approach really makes this new character stand out from the rest.

In addition to these characters, the game’s online mode has been updated with more missions and a 60fps mode for custom matches. There have also been numerous balance changes to general combat and several characters including Tanjiro, Zuko, Rui and more.

Demon Slayer – Kimetsu no Yaiba – The Hinokami Chronicles is available for PlayStation 5, PlayStation 4, Xbox Series X|S, Xbox One and PC. And players can download this new DLC for free today. Which new character are you more excited to play as?