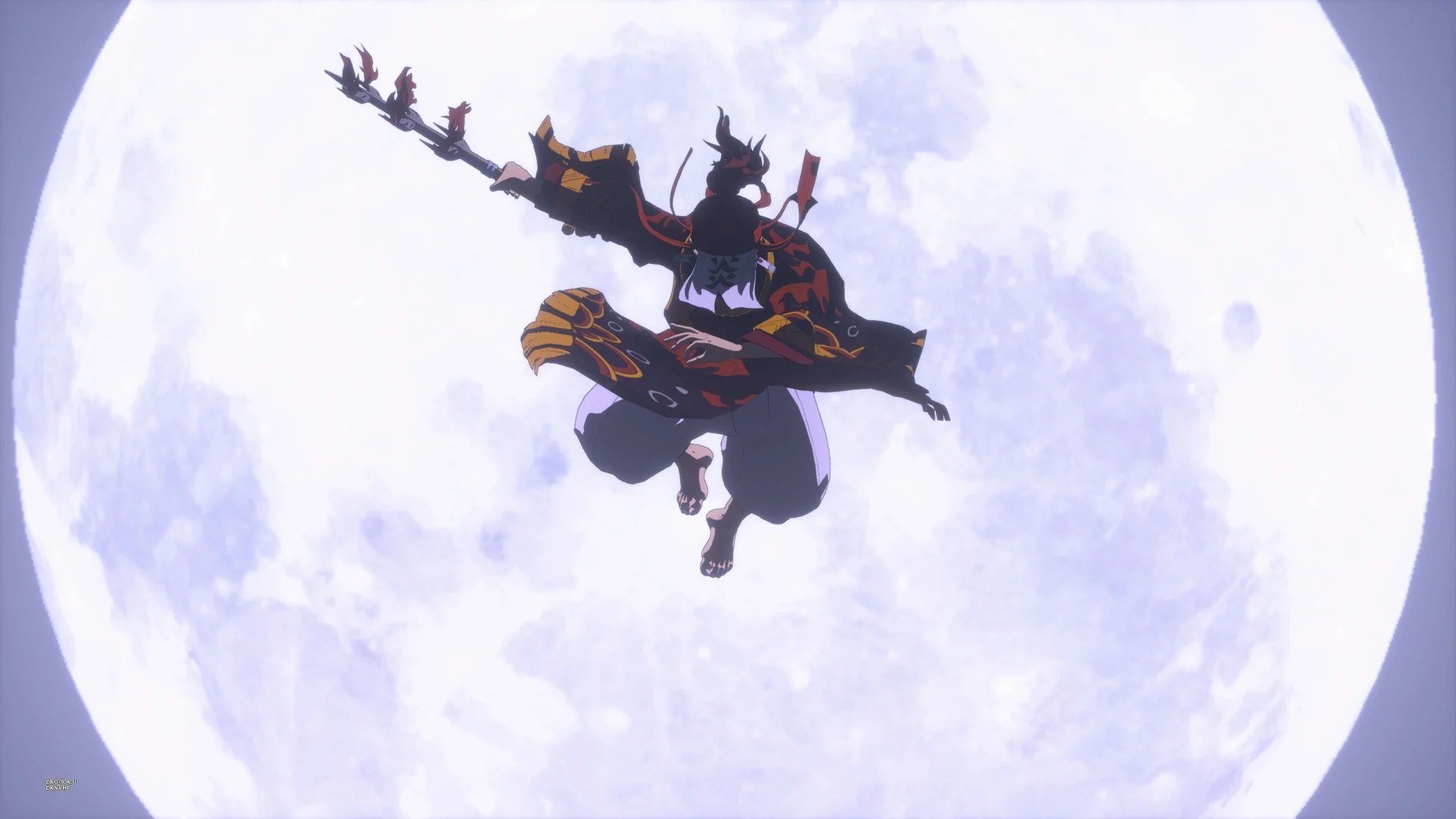 Demon Slayer: The Hinokami Chronicles is another 3D anime arena fighter from the developer behind the Naruto: Ultimate Ninja Storm series, CyberConnect2, and it plays exactly as you’d expect. This can be a positive or a negative, but it’s all a matter of perspective.

Those who were looking for drastic changes to the Ultimate Ninja Storm formula will be sorely disappointed. But those who wanted similar gameplay with a Demon Slayer coat of paint on it will likely have their needs satisfied. For me, Demon Slayer: The Hinokami Chronicles just feels like more of the same, which makes it too predictable when looking past the flashy animations.

The game is certainly eye-catching, but so far, it lacks a real pull beyond the fact that it’s using the Demon Slayer property to create a playable experience.

First off, the story mode follows the main plotline that fans will recognize immediately — a young boy named Tanjiro joins the Demon Slayer Corps in an attempt to grow stronger and gain information on how to turn his little sister, Nezuko, back into a human after she’s forcibly turned into a demon.

The story mode is split into chapters with each one containing key moments and fights represented as nodes on a progress screen that need to be viewed and completed in order to advance. The story is presented in nearly the exact same way as the one from Naruto: Ultimate Ninja Storm 4, and unfortunately, the attempts to differentiate it with new features and side content fall flat.

In the story mode, there are sections where you can walk around outside of combat to collect items and speak to NPCs. These sections of the game feel tacked on and unnecessary since they’re relatively short and linear. You basically have to go from point A to point B while picking up optional items or talking to other characters in short conversations.

This means that it’s not possible to play against friends right after loading up the game, and you may need to play solo for a bit to unlock any favorite characters. New battle arenas and outfits can be unlocked in the same way.

This wouldn’t be an issue if the game didn’t only start players off with four out of 18 characters to choose from. I understand that it’s a nice way to reward players for completing story chapters, but it doesn’t feel that way when you just want to use Zenitsu’s Thunder Breathing or Rengoku’s Flame Breathing in battle right out of the gate.

Thankfully, nearly every character feels just as exciting to use as the next when looking at their combos, special moves, and Ultimate Arts.

Demon Slayer: The Hinokami Chronicles is similar to the Naruto: Ultimate Ninja games in terms of gameplay as well. You can still hit one button to do all of the basic combos, but there are a few twists that add slightly — and I mean slightly — more depth to the combat.

The special attack button can perform three different specials that can be added into combos, while a new combo timer sets a hard limit on how long combos can be. It’s an interesting choice, for sure, but it’s a clear visual indicator of whether or not a combo could’ve been longer, which is helpful.

The timer can be different colors depending on which attack started a combo: red means the combo will be short, yellow means medium, and green means long.

The longest combos are achieved through Chase Dashes. The Chase Dash button allows players to continue combos while spending some meter to do so, extending combos that would otherwise be dropped. These chases are where creativity can come in, providing the potential to mix in all kinds of movement, fakes, and powerful moves into combo strings.

Demon Slayer: The Hinokami Chronicles may be exactly what longtime CyberConnect2 fans were expecting, and depending on how you feel about that, the gameplay experience will differ drastically.

If you’re happy with the formula, more power to you. Though, I wouldn’t blame you if that anime arena fighter fatigue has started to set in after CyberConnect2’s success with the Naruto franchise.

The post Demon Slayer: The Hinokami Chronicles Is More of the Same From CyberConnect2 (Hands-On Preview) appeared first on Twinfinite.