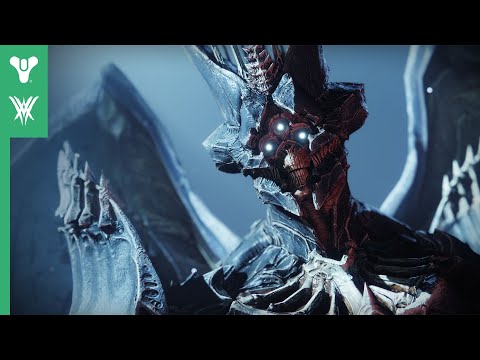 The online shooter Destiny 2 ranks its weapons in tiers. So what weapon is the best of the best?

Destiny 2 has a plethora of weapons. While a lot of them will be tossed aside for better ones, the exotics are unique and consistently powerful throughout the game.

Destiny 2 will only let you equip one exotic at a time, however, as having all three of your weapon slots taken up with these high tier guns and swords would potentially break the game.

These weapons don’t have a particular ranking order, it’s just the common consensus that if you were to acquire these at any point in your adventures, you’d become a monster.

The community will have differing opinions about these, but as of right now the best weapons to have on you are sub-machineguns and hand cannons.

Sub-machineguns fire so quickly that exotics that come with unique abilities on top of them will consistently change the way you play. Respawning will be an afterthought as you tear through the different enemies that foolishly get into your sights.

Hand cannons also have a reputation within multiplayer. While great to take out the mobs of enemies that litter the worlds you explore, killing another player in a single shot is far more satisfying.

Developer Bungie plans to make changes to this in the next season and hopes to increase the amount of time it takes to kill a player or even speed up mowing down the various different enemies you come across.

With this said, the current best weapons will differ depending on what mode you decide to play in.

For competitive multiplayer, a hand cannon like the Ace of Spades will come in very handy. If you manage to hit a headshot in a fight, it’ll cause the other player to explode and increases your reload speed. If you then reload after a kill, it’ll increase damage, allowing you to rinse and repeat.

If you’re more into shooting aliens in the different locations, whether alone or with friends, the Osteo Striga is the way to go. This sub-machinegun not only wipes the floor with different enemies but will also poison any enemy nearby.

How to get Osteo Striga in Destiny 2

Unfortunately, the recommended gun is locked away behind the deluxe edition of Destiny 2’s latest expansion, The Witch Queen. You’re not rewarded with it straight away either, if you do happen to buy that version, as you’ll need to finish the missions first and then craft it.

Even after this is done, you can upgrade it further by using it repeatedly until it hits level 10. Then you can create a catalyst item to further boost its power.

How to get Ace of Spades in Destiny 2

With the bizarre choice to ‘vault’ content away from the game, Bungie has taken the Forsaken campaign and made it impossible to play. The Destiny Content Vault now prevents you from earning the Ace of Spades in the easiest way (beating the Forsaken missions) and forces you to use the Monument to Lost Lights on The Tower.

This kiosk will sell you certain weapons that you can’t get the normal way and you’ll be paying out a large chunk of resources just to get them.

Head to the kiosk and hand over the following items for the Ace of Spades:

Until Bungie release the Forsaken campaign from the vault and back into the main game, there’s no other way to acquire it.

However, the benefit of getting it this way is that you can get a glance at three other weapons that can be used to great effect in different missions or while doing your daily quests.

How to get exotic ciphers in Destiny 2

While they all require their own specific costs to purchase, the one that sticks out is the need for an exotic cipher. These are items that you can only get by doing specific quests for Xûr, the travelling merchant who can only be found between Fridays and Tuesdays.

Each week he’ll travel to a new location – mainly Nessus, the EDZ, and The Tower -and also sells exotic items. If you can catch him on a good week, you might be able to acquire the weapons this way.

When you find Xûr, scroll through his inventory until you find the quest called Xenology. It’ll have a number of objectives for you to complete, which can include competitive multiplayer.

Once you do this you’ll be given one cipher for free as a reward.

Overall, the weapon list is far too long to cover every weapon in Destiny 2’s exotics roster. You might also find that things that have been dubbed part of the A-tier suit you better than one from the S-tier or perhaps even some lower-end weapons, if they suit your play style.

If you’re just going to be going through the quests and completing various missions in the game, you want to glance over to see these weapons to help you out:

Whether you’re running around in the Crucible before being blown to bits or fending off others in the Gambit mode, these weapons are the best to take in.

While we already covered the Ace of Spades, you might also want to track down The Chaperone. This shotgun doesn’t fire like usual but instead dumps a single accurate slug into another player.

You’ll have to be more accurate, but it’s worth it if you can handle the weapon.

Destiny 2 currently features 92 exotic weapons. While not all are rated highly by the community, a lot of them add a unique way to play the game’s repetitive but intoxicating content.