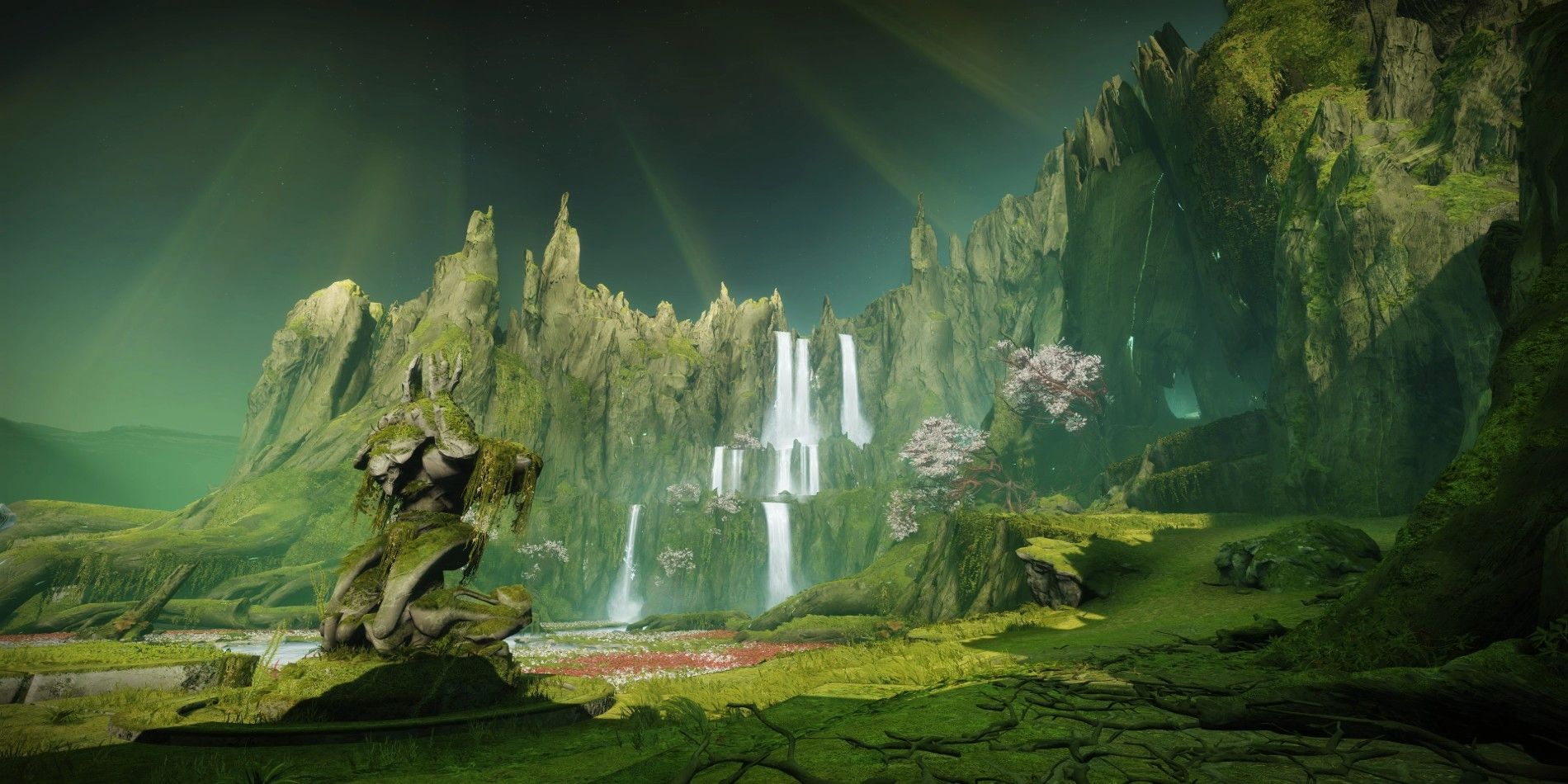 This first encounter does involve the first boss of the Garden of Salvation, but only as a means to the end. It cannot be damaged but will be able to wipe the entire team. Additionally, there will be several instances where the Fireteam must hold out against the boss, even though they can do nothing to it. Overload Champions will also be in this encounter, so be sure to equip a Bow or Sword and a Season of the Lost weapon mod to deal with them.

Related: Destiny 2: How to Get Vanguard, Crucible, & Gambit Rewards (The Fast Way)

The Black Garden, in Destiny 2, begins within an open field with the first boss and a small floating box that resembles a Vex Oracle. Upon shooting this box, a beam will shoot to a Guadian standing close by it. That beam will tether itself from one Guardian to the next, up until it reaches the door. Several of the Fireteam’s members will have to work together to get this beam to reach the door lock, disabling the barrier. Afterward, the team will need to split into two groups of three.

The first Destiny 2 team stays behind, clears enemies, and avoids fire from the boss – a giant Vex Harpy known as the Consecrated Mind. Easily clear the redbar enemies with a weapon like the Darkest Before Pulse Rifle. The Consecrated Mind will eventually create Voltaic Overflow, and a member of the first team needs to grab it. The Consecrated Mind will do this three times, and it needs to be picked up by each team member once. If a single team member picks up more than one stack of Voltaic Overflow they will die, but if nobody picks one up the whole Fireteam will wipe. This effect lasts for two minutes and 30 seconds.

The second will be pushing forward, clearing out all enemies along the way. Once all enemies are cleared out, and the Voltaic Overflow has been picked up, one of the teammates from team one can head to the second team at the next door. Another tether door will need to be deactivated, and once it is, the Consecrated Mind will teleport forward to that newly opened door. The first team must then push forward and take the second team’s role, while the second team stays behind to clear enemies and pick up Volatic Overflow. This process will repeat several times in the Garden of Salvation until the final door is reached. Use Destiny 2‘s Season of the Lost Overload Champion mod throughout this part of the encounter.

More: How to Get the Ascendancy Rocket Launcher in Destiny 2