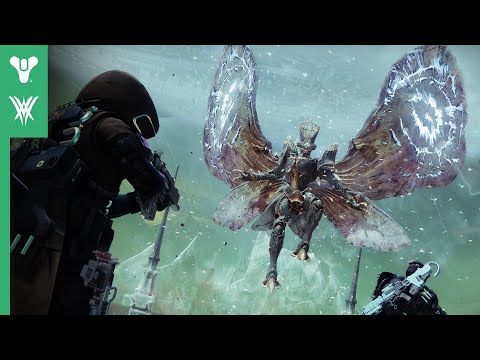 Bungie is looking for a senior producer with animation and scripted TV experience, suggesting a Destiny animated show is being planned.

We already knew that Bungie had plans to expand Destiny into a multimedia franchise beyond the games. While Bungie never provided exact plans, the obvious guess was that it would involve some kind of movie or TV project.

No new projects have been announced yet, but signs point to its first endeavour (or at least one of them) being an animated TV show. Like most video game related news nowadays, this info comes from a job listing.

At the very least, this means a Destiny cartoon is on the cards. Although if work has already begun, it’s likely still very early in production and probably won’t be formally announced for a few years, let alone released.

Further evidence of this was spotted back in February, when one Derick Tsai was discovered to have joined Bungie as head of development on Destiny Universe Transmedia.

Tsai previously worked for Riot Games as the director for its League Of Legends animated shorts and, before that, he was involved with script writing and directing animation at several other companies. So, he has the experience Bungie is looking for.

Before you get too excited, Tsai doesn’t appear to have had any direct involvement with the Netflix League Of Legends show Arcane, although its success means it wouldn’t be surprising if Bungie takes some notes and inspiration from it.

Whatever plans Bungie does have for Destiny, it has Sony’s full backing. Following Sony’s acquisition of the studio earlier this year, Sony’s chief financial officer said, ‘Bungie can leverage our platform so that their IP can flourish and grow big.’

Whether Sony will have any direct involvement with these multimedia projects, or just finance them, is unclear as Bungie is meant to maintain its independence even as a Sony subsidiary. This includes Destiny 2 remaining multiplatform and not becoming exclusive to PlayStation.