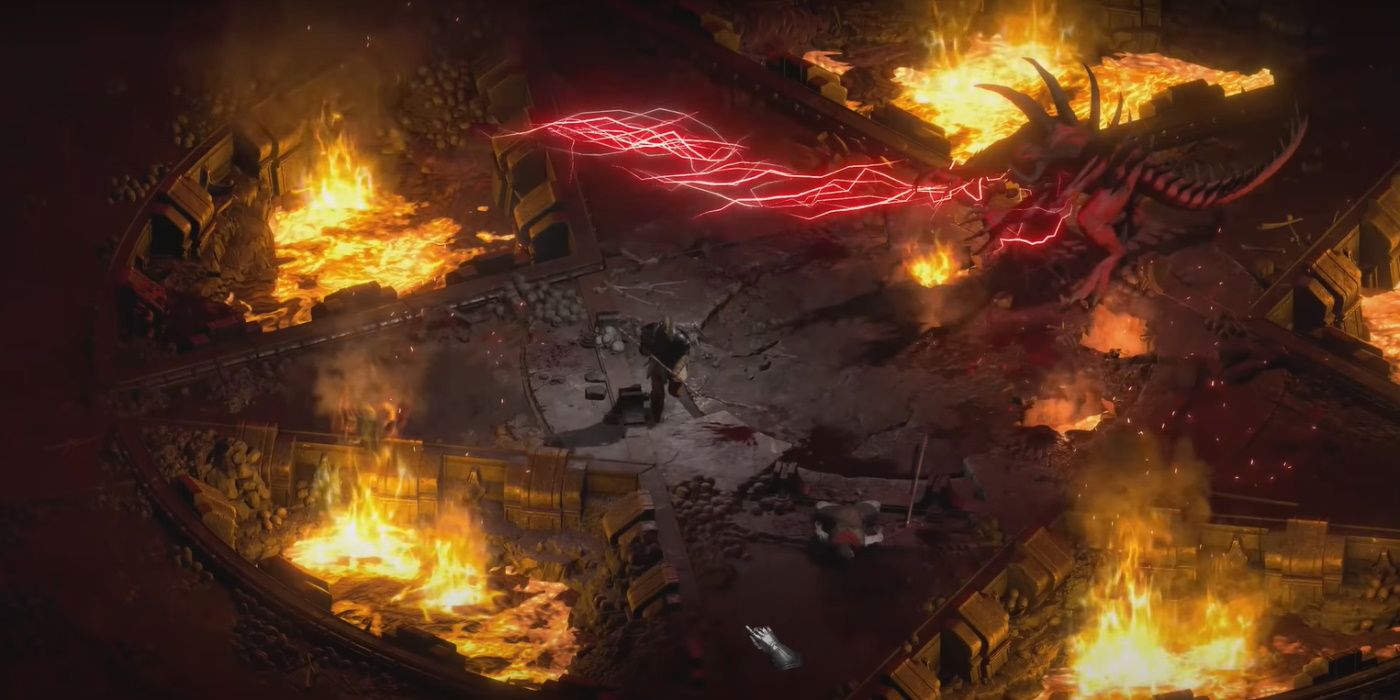 Diablo 2: Resurrected has been released, bringing the classic action RPG to modern hardware and, for the very first time, consoles. The remaster features the gameplay that made the original release a defining classic of the genre but spruces up its visuals to look a bit prettier, with a few quality of life improvements thrown in for good measure. This makes it a real treat for those who prefer the more pared-down approach that Diablo 2 took compared to its sequel, and has opened up the doors for new players to check the title out for themselves as well.

Diablo 2: Resurrected keeping the original game’s mechanics and systems largely intact, however, can make it a bit difficult for newer players to figure out how it all works if they are more used to modern titles. While it may take time for them to get a hold of Diablo 2: Resurrected‘s seven different classes, many have also been confused by its trading system. Luckily, the system is not as complex as it may first seem.

Why Players Want to Trade in Diablo 2: Resurrected

Trading plays a very important role in piecing together optimal builds for tackling endgame content in Diablo 2: Resurrected. Higher difficulties and high-level content require players to carefully build not only the skills and attributes of their players but their gear as well, which can be pretty difficult with the game’s randomized loot generation. This can see players grinding out bosses to find the item with the perfect rolls and qualities for their builds sometimes spending dozens of hours before they get lucky enough. This is further exacerbated by how players get equipment drops for classes that they aren’t even playing.

While getting items their character can’t even use can be frustrating for some, it does help encourage interaction with the community to organize trades with other players. This allows players to trade for the items they need while also letting them get some value out of rare items they may have gotten for other classes or builds that they don’t intend to use. With how big of a role trading can play in achieving builds, players just starting out will want to make sure they understand it when they start Diablo 2: Resurrected so that they can take full advantage of the system.

How Trading Works in Diablo 2: Resurrected

Players who want to trade away unused items can do so with other players or various NPCs throughout the game. NPCs will mostly offer gold for items, but players usually prefer either exchanging items or making up value differences with runes. Once two players are in the same lobby together, trading is rather easy. One player sends a trade request to the other who then accepts it. This will open up a window for both players where they can place the items they wish to trade. However, players should note that they can only access items in their inventory and not any that they have stored in their main stash or Diablo 2: Resurrected‘s Horadric Cube.

Once both players are happy with the trade, they simply have to hit accept and it will be completed. However, gamers should be careful, as once a trade is wrapped up, there is no way for them to reverse the trade or get lost items back if they end up unhappy with the results. Players should also know that there is a cap on how much gold they can get for trades depending on which of Diablo 2: Resurrected‘s Acts they are in. Trading is available from Act 1, but players can only go up to 5,000 gold for each trade in Act 1, with the limit increasing by 5,000 for each Act to a maximum of 25,000 in Act 5.

How to Find Players to Trade With

One of the most difficult aspects of trading in Diablo 2: Resurrected is finding other players who are willing to trade the gear that one is looking for. While players can simply join multiplayer games and ask others if they are open to trading, this is the least efficient way to find the right gear and can end up being very time-consuming. Of course, some players will be able to trade with friends they have that are playing Diablo 2: Resurrected, but for those who don’t, the easiest way to find the right gear for trading is to reach out to the game’s sizable community. There are a number of different ways that players can go about this, whether they prefer Discord servers, the game’s subreddits, or even just a lobby in Battlenet.

Securing trades will still take some effort for players who are using those channels, as it will likely take time to find someone who has the right item and is willing to part with it. Those looking to trade should also ensure that they have a variety of valuable items for at least a few different classes to increase their chances of having something the other player will actually want from them. Otherwise, they can also just stock up on runes and trade those for the item they want as well, which most players will accept. Of course, players will also have to work around Diablo 2: Resurrected‘s login and server issues for the time being, but hopefully those will be resolved soon.

It is nice to see how dedicated Diablo 2: Resurrected is to preserving the original experience that players fell in love with in the remaster. Trading can be a headache at times, but it is also a really great way to connect with other fans in the game. If gamers are dedicated, they should be able to get good enough gear to take down Diablo at Diablo 2: Resurrected‘s hardest difficulties.

MORE: Diablo 2: 8 Best Weapon Types That Any Class Can Use