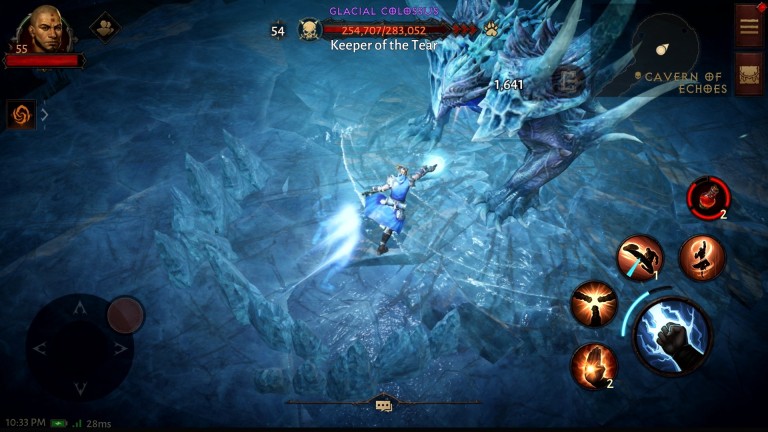 The Diablo games have no shortage of social features. Not only can players team up to conquer the forces of hell but they can also form and join clans to make it even easier to join parties of in-game friends. Diablo Immortal has yet another addition to that list in the form of factions.

In the new game, players can join one of three factions: Adventurers, Shadows, and Immortals. Each group has their own channels, rewards, and most importantly, membership requirements. Not all factions are created equal, and some are easier to get into than others.

Here’s everything you need to know about the Adventurers, Shadows and Immortals factions and how to join them:

Compared to the other two factions, “Adventurers” sounds like such a generic name. Who would want to be an Adventurer when they can be an Immortal? Well, everyone has to start somewhere.

The Adventurers faction isn’t so much a faction as it is the default state of all Diablo Immortal players. As soon as you step off the boat onto Wortham after creating your character, bam, you’re an Adventurer. As Adventurers, players have access to weekly bounties that let them slay high-priority targets for fancy rewards, but that’s about it. Unlike the other two factions, Adventurers don’t get any big boons, but they don’t have to worry about upkeep, either.

While Adventurers can eventually graduate to Shadows or Immortals, they don’t have to. Anyone who would rather log in every now and then to complete a few missions will probably be satisfied with the Adventurers faction.

Diablo Immortal players who are in the mood for a bigger challenge, as well as an ongoing PvP war, can join either the Shadows or Immortals factions. Of the two of them, it’s easier to become a Shadow.

Before players can actually join the Shadows, they need to be at least level 43 and have finished the Bilefen questline. Once they do, they can enter the Shadows Lottery. Every day at 12 pm, 6 pm, and 9 pm server time, Shadow hopefuls can talk to the Mysterious Patron at the Westmarch Tavern. If luck is on their side, he will invite them to a room behind him to fight three Ancient Champions. Players who come out victorious will be full-fledged Shadows. If a Shadow aspirant isn’t invited to fight the Ancient Champions or cannot beat them, there’s an alternative solution.

While most players will probably join the Shadows faction through the lottery, existing members can invite friends, family, and even random strangers to become new Shadows. This requires an Akeba Signet, which is consumed upon inviting another player to prevent Shadows from spam-inviting an entire server’s worth of members. The only way to get a new signet is by going through the Shadows Lottery as a member and defeating the three Ancient Champions again.

Diablo Immortal: The Best Builds and Skills For Every Class

In the world of Diablo Immortal’s PvP, Shadows are the underdogs, whereas Immortals are the cream of the crop. They are arguably the most powerful players in the game, but becoming one is no easy task.

There is only one “reliable” road to joining the Immortals: the Rite of Exile. Adventurers who want to become an Immortal must be level 43 and have completed the Bilefen questline and found the Timeworn Scroll in the Ancient Arena. Then the true challenge (and fun) begins.

Once a Shadow, players can either create or join a Dark Clan and then rise through the ranks by competing with other clans. This is primarily done through events such as Path of Blood (a solo gauntlet of enemies) and Raid the Vault (a PvPvE dungeon run). Once the Rite of Exile starts, the top 10 clans can create teams to challenge the strongest Immortal clans in 8v8 battles. If the Shadows win over half of the matches, the Rite of Exile switches over to the Challenge of the Immortal, which turns one Immortal into a giant raid boss version of themselves in a 1v30 fight. If the Immortal wins, the current batch of Immortals keep their positions, but if the Shadows win, the Dark Clans that were victorious during the Rite of Exile replace the Immortal clans that lost — once the Shadows also complete the A True Immortal questline, that is. As an added bonus, the newly-crowned Immortals can select two friendly Dark Clans to join them in the hall of Immortals. Whoever organized the Rite of Exile apparently loves to play by Highlander rules.

Since each server can only support a few hundred Immortals at one time, competition is fierce, but the reward is worth it. Each newly-minted Immortal clan can gift one member a crown that provides a huge offense and defense buff/aura, as well as smaller crowns for four other members. Moreover, Immortals have exclusive access to Kion’s Ordeal, a 48-player raid with some of the best loot in the game.

That’s just about all you need to know about factions in Diablo Immortal. Best of luck to anyone vying for a seat at the Immortals’ table.

Diablo Immortal is out now on PC and mobile.