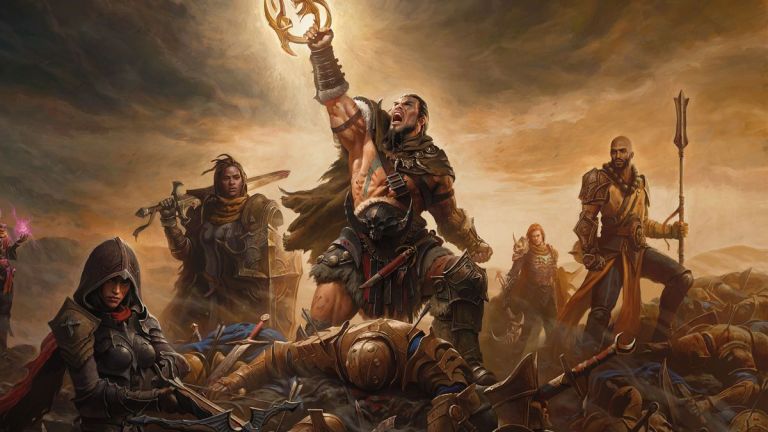 There are few bigger thrills in a loot-based game than finally finding that one rare item that just so happened to finally drop. While Diablo Immortal is filled with those pieces of Legendary gear that light up the screen with a bright orange glow just as they light up your day, you should know right now that the game doesn’t make it easy to find Legendary items.

Not all hope is lost, though. Here are a few things you should know about increasing your odds of actually finding Legendary gear in Diablo Immortal.

If you’ve been playing Diablo Immortal for a little while and still haven’t seen a single piece of Legendary gear, don’t feel too bad. While the drop rate for Legendary gear is currently unknown, it’s fair to say that it is hilariously low. You’ll likely be relying on Rare and Magical items even during the late game.

However, that doesn’t mean you’ll never see a piece of Legendary gear during your time with the game. Here are some of the many various activities that can yield Legendary drops:

Now, you might be wondering if you can just straight-up spend money to buy the specific Legendary items you want in Diablo Immortal. Well, the technical answer to that question is “no,” but there are many ways to spend money in the game to greatly increase your odds of earning Legendary items.

However, free-to-play gamers are not entirely out of luck. As noted above, Legendary items can drop from most enemies in the game, even if the chances of such a drop are low. Furthermore, you can still earn Hilts and Legendary Crests through the normal course of play. However, the process of earning those resources the “free way” is so slow that you might just accidentally find a Legendary item in the course of farming for them.

It’s also worth noting that you will get a free Legendary item by hitting level 10 of Diablo Immortal’s Battle Pass. It’s not much, but as we’ll discuss in a little bit, there are ways to make the most out of whatever Legendary items you happen to get.

The bad news is that there is no way to farm Legendary gear in Diablo Immortal in the way you’re probably hoping there is. In other words, there is no magic spot in the game you can go to and just keep killing enemies until someone gives up the goods. However, there are some ways to at least improve your drop odds somewhat.

The best free-to-play method for farming Legendary items that players have discovered so far requires you to raise the game’s difficulty level to Hell 2. Here’s how you do that:

The bad news is that you have just made Diablo Immortal significantly more difficult. Elite enemies and bosses are now even more dangerous than before, and even regular enemies are more likely to kill you. Unless you have a very powerful character and some pretty good gear, this difficulty level will likely be too much for you.

That’s ok, though, because what you’re really looking for are Zone Events. Diablo Immortal’s Zone Events are global occurrences that often occur at set times and are repeated at regular intervals. Here’s a list of some of the currently known Zone Events.

Those events typically yield much greater rewards upon completion, which, along with the loot bonuses you get from playing on a higher difficulty, mean that playing them with Hell difficulty settings activated should greatly increase your Legendary drop odds. The best part is that some events can be completed without you having to do that much. As long as you hang back and get enough attacks in on the Zone Event’s objective, you’ll be eligible for the rewards that drop when the events are completed.

Beyond that, your best bet is to play at the highest difficulty level you can survive (even if it’s the standard difficulty), run the highest-end content you can (dungeons, rifts, etc.), and hope for the best. Otherwise, you’re back to that old temptation to spend money.

On that note, your Codex will actually tell you which dungeons have a higher chance to drop Legendary items (although that feature is seemingly only available if you’re playing on a Hell difficulty). Those special dungeons are refreshed every week, so be sure to run them as often as possible in order to give yourself a better chance of getting one of the rarest drops in the game.

Diablo Immortal: Can you Farm a Specific Piece of Legendary Gear?

Not all Legendary items are created equally in Diablo Immortal. Some are perfect for specific types of builds, while others will ultimately only offer you stat upgrades. That means that you’ll probably reach a point where you’ll want to acquire one Legendary item over every other.

Unfortunately, there is currently no way to farm for a specific Legendary item. If you’re lucky enough to get a Legendary, you’ll have to live with whatever it is. Welcome to the wonderful world of loot games.

So what do you do with your unwanted Legendaries? Well, you really only have two options.

The first is to straight-up scrap your Legendary items and use the resources you acquire to upgrade the Legendary items you do want. It’s not always the most satisfying option, but there are times when it’s your best option.