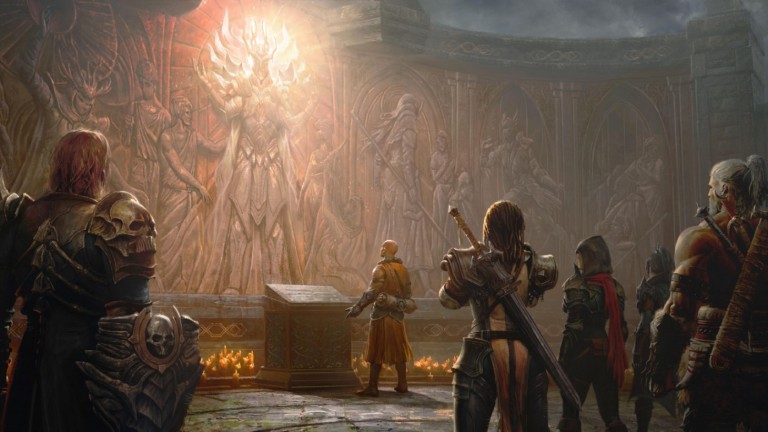 Dungeon crawlers allow gamers to delve into digital catacombs and slaughter enemies for a neverending shower of loot. While players can go at it alone in those games, most dungeon crawlers encourage you to team up with friends to increase the challenge (and loot quality). The same is true of Diablo Immortal.

Blizzard’s Diablo Immortal is the latest entry in the franchise that introduced a generation of gamers to loot-based dungeon crawlers. While the game was originally ridiculed as an “out-of-season April Fool’s joke,” it has since been released to decent reviews. Plus, Diablo Immortal is free-to-play (well…mostly), so you don’t lose anything by trying the game, preferably with a couple of friends by your side.

Diablo Immortal: How to Unlock Multiplayer

As is tradition in most loot-based games, you can’t create a party right out of the gate. Instead, you have to earn that right. Thankfully, Diablo Immortal doesn’t make you jump through difficult hoops to do so.

In order to unlock multiplayer in Diablo Immortal, you simply have to complete the tutorial. This takes the form of the main quest in Wortham: the game’s starting area. By following that path, you will eventually face Ifriss the Destroyer. Once you defeat that boss, talk with Deckard Cain. At that point, other players (or their shadows) should spawn around you. Congratulations, you’ve just unlocked multiplayer.

Diablo Immortal: How to Add Friends

Playing with friends in Diablo Immortal sounds all well and good, but you can’t exactly team up with friends if you don’t have any, can you?

Adding friends in Diablo Immortal is a fairly easy task. After you unlock multiplayer, open the main menu by either selecting or tapping on the menu button (the one with three bars at the top of the screen), and then selecting/tapping the “Friends” button. This brings up the Friends tab, which shows a list of your in-game friends and whether they are online.

If you don’t see any friends in that area, click the “Add Friends” button to bring up yet another tab. The game will then suggest several random players who may want to be your friend. Just click on the “+” button next to those players’ names to send friend requests. Alternatively, you can type a player’s name into the search bar at the top of the tab to invite them. Assuming these players accept your requests, you will have your first in-game friends.

One small caveat, though: you can only add friends on the same server as you. If someone you know in the real world is on a different server, the only way you can play with them is by creating a new character on their server or vice versa.

Diablo Immortal: How to Invite Friends

Once you have friends, inviting them to your party is one step away.

In Diablo Immortal, you can team up with friends in one of two ways. The arguably easier method is to select or tap one of the “+” icons next to your character’s portrait. These pull up the Invite tab, which lets you select a player from your Friends list to join you. Alternatively, you can revisit the Friends tab from the main menu, select/tap the button that looks like a speech bubble with three dots, and invite them from there.

On the off chance that none of your friends are online, you can always start a party with a bunch of randos. Like with inviting friends, you can do this in several ways. If you want to invite someone standing right next to you, you can tap or click on their character, which brings up an interact menu. From there you can request they join your group or invite them to be your friend and team up on future missions. If you would rather play with a rando who is requesting help, you can draw up their profile from Diablo Immortal’s social channel. By clicking on an in-game player, you can invite them to your Friends list or party.

Diablo Immortal: How to Find and Join Parties

Sometimes, you don’t want to grow a party one invite at a time. Sometimes, you would rather join a group in the making or have allies come to you.

Diablo Immortal comes with a Party Finder function that is standard in most modern MMOs. You can find this feature on the main menu, right next to the Friends button. Just click or tap on Party Finder, and the game will spawn a new tab that lets you tailor what you’re looking for. If you want to join a group in the making, just scroll through the list of options, such as character level, zone, and difficulty, and the game will pair you up with a partially-formed party. However, if you would rather create your own team, you can use the filters to produce your own search parameters, and the Party Finder will pair you up with other players automatically.

Diablo Immortal: How to Create and Join Warbands

If you plan on running group content with a small group of regular friends, you may want to consider creating or joining a Warband.

Warbands are small social groups that support up to eight players. They’re designed to make it easier for friends who regularly run group content together to actually find each other. Even better, playing with your Warband grants you access to exclusive bonuses and Warband-specific content. Along with access to a special Warband stash, Warband members are able to challenge Helliquary bosses, earn ranking rewards, unlock bonus chests, and benefit from a 5% loot drop bonus when playing with fellow Warband members.

To create a Warband, you’ll need to complete the “Establish The Warband Camp” quest that requires you to clear 10,000 monsters from a camp area. From there, open the Friends menu and select the option to create a Warband. You can invite members from there.

If you’d like to join an existing Warband, navigate to the Friends menu and head to the Warbands section. There, you should find a list of publically available Warbands. Just know that each Warband advertises what kind of content they want to run and what time of the day they typically play together. Try to find one that best fits your schedule and play style.

Diablo Immortal: How to Start or Join a Clan

Clans are essentially large groups of up to 100 Diablo Immortal players who intend to interact with each other and work together in some way. They’re essentially large social groups. The assumption is that clan members will help each other out, but unlike Warbands, there isn’t the expectation they’ll be running specific content together. Clans also don’t offer the same kind of Warband-like bonuses.

To create a clan, you’ll first need to earn 100,000 gold. Once you have the necessary funds, head to the Clans section of the options menu and choose the “Create a Clan” option. From there, just follow the on-screen steps and start inviting friends once you’re able to do so.

If you want to join an existing clan, open up the Clans section of the menu and search for active clans that are looking for new members. Click/tap on the clan that interest you and hit “Apply.” From there, it’s up to the clan’s founder to determine whether you’ll be invited. They also have the power to kick you out of the clan if they choose to do so.