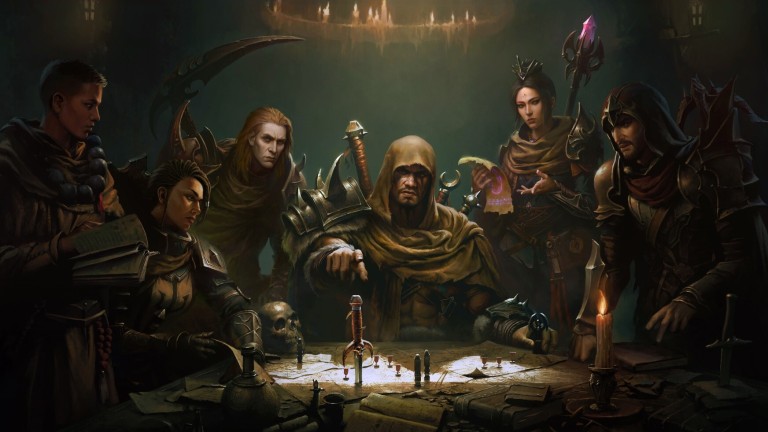 While Diablo Immortal sadly features some of the worst aspects of modern mobile gaming, it’s still a deep and impressive RPG in its own right. That also means that Diablo Immortal players will need to optimize their character’s build in order to get the most out of them.

Since Diablo Immortal allows for quite a bit of experimentation (including the ability to change your character’s class), you actually have quite a bit of freedom when it comes to figuring out what works and what doesn’t. Of course, it never hurts to have a little more information about what your class’ late-game build might look like.

Before we dive into that, though, here are a few points to keep in mind:

With that out of the way, let’s dive in.

Barbarians are all about speed, devastating AoE attacks, and survivability. The builds below emphasize all of those attributes.

For solo play, Barbarians are primarily looking to clear through mobs of enemies as quickly as possible. There are only so many ways to compensate for their lack of significant single-target damage, so this build plays to their strengths rather than trying to overcompensate for that weakness. It’s just a great way to speed clear a lot of solo PvE content.

Barbarian’s ideal group play build isn’t that different, but it does utilize the Demoralize skill, which lets you force enemies to attack you before reducing their overall damage output for a brief period of time. It’s a nice little debuff that really comes in handy in a pinch.

In PvP, Barbarians are looking to utilize Sprint as often as possible. Not only does that skill grant them a speed boost, but it allows them to ignore certain stun effects for a brief time. Meanwhile, Chained Spear makes it easy to gather groups of PvP foes, while Cleave inflicts a potentially devastating bleed effect upon multiple opponents. You can sub out Undying Rage for another buff effect if the situation calls for it, but that will be determined on a case-by-case basis.

Solo Build: Lacerate, Sprint, Whirlwind, Wrath of the Berserker, and Hammer of the Ancients

As one of the most versatile classes in Diablo Immortal, Crusaders really can be built to effectively deal with a wide array of situations. However, there are a few skills that are so good that most Crusader players will end up relying on them no matter what.

For solo play, Crusaders are looking to take full advantage of their powerful AOE abilities to speed clear a lot of content. Draw and Quarter is this build’s bread and butter ability, while Consecration and Falling Sword are used to punish groups of gathered foes. Spinning Shield is optional, but it’s a good way to make up for Crusader’s lack of single-target damage.

In group play, Crusaders will want to take advantage of their powerful buffs. Most Crusaders will essentially serve as the tanks of their parties, and these skills will help Crusaders keep their teammates alive while always staying in the fight. Consecration is an optional skill in this build. though it plays into some of the other things Crusaders are trying to do in group content.

Finally, this PvP build focuses on a Crusader’s ability to jump on top of foes from great distances and generally dictate the pace of most fights. While you can incorporate an additional stun ability if you’d really like to, Draw and Quarter should do most of the work in that department. Otherwise, use Falling Sword to close caps, Spinning Shield to keep enemies away, and Condemn as a damage-dealing interrupt.

Demon Hunters are arguably the best pure DPS class in Diablo Immortal at the moment. As such, most of their builds are designed to emphasize their ability to simply tear through single targets.

For instance, this Demon Hunter solo play build is designed to maximize your survivability while allowing you to take down enemies as efficiently as possible. Rain of Vengeance and Multishot maximize a Demon Hunter’s somewhat limited AOE potential, while Daring Swing and Vengeance allow you to move as quickly as possible and escape tight situations. If you’re feeling lucky, swap out Daring Swing for Knockback Shot and a little extra single-target damage.

In group play, a Demon Hunter wants to go as all-in on damage as possible. While this build still relies on the Multishot/Rain of Vengeance AoE combo, you could sub one of those skills for extra single-target damage if you feel like you could get away with it. Vengeance and Knockback Shot are generally pretty valuable, but if you need to sub out Knockback Shot for Daring Swing, you can definitely play with that.

While Demon Hunters aren’t the best PvP class in the game, the build below is a pretty good place for competitive players to start. Just note that Rain of Vengeance and Multishot are most useful in PvP if you’re using them alongside gear that grants those skills slowing effects. Daring Swing is almost always good in PvP, while Knife Trap is a sneaky way to set up some big plays.

Monks are tricky to master, but as a support/DPS hybrid class, they really can bring a lot to a group or PvP battle. Unfortunately, they’re not exactly the best solo class.

That’s why the solo build below emphasizes a Monk’s AoE abilities. Cyclone Strike, Exploding Palm, and Seven-Sided Strike should help you dispose of large groups of enemies pretty quickly. Mystic Strike can be swapped out if needed, but it’s generally too valuable to leave behind.

In groups, Monks will want to utilize more of their support abilities (specifically Inner Sanctuary). While you’ll probably want to keep Mystic Strike for additional group control and evasive purposes, the other skills are situational. If you need more AOE damage, feel free to swap Mystic Allies for Seven-Sided Strike or Wave of Light. Cyclone Strike can also be replaced if your party needs more buffs or damage from you.

The Monk PvP build below still relies on the class’ devastating AOE abilities. However, it also incorporates Shield of Zen as a way for Monks to help themselves and their partners escape tough situations. Finally, Imprisoned Fist serves as an almost irreplaceable stun ability.

While Necromancers are an incredible DPS class, don’t overlook the value of some of their secondary and support skills. You might be surprised by what the right Necromancer is capable of.

In solo play, though, it’s all about pure damage and summoning minions. While there are a few ways to really maximize a Necromancer’s damage output in solo play, the build below focuses on maximizing your minion uptime. Just keep summoning and use Dark Curse and Soulfire to plug away at occupied foes.

In group play, a Necromancer will need to be just a little less selfish. Bone Armor is invaluable in a group, but the rest of the abilities are a little more party/situation dependant. For instance, Dark Curse can easily be substituted for Skeletal Mage.

In PvP, Necromancers are a different beast entirely. Because they won’t be able to rely on their summons as much during PvP play, the “Bone Build” below focuses on their more mage-like skills. It’s actually quite devastating in the right hands, though it takes some getting used to as it requires you to approach the class in an entirely new way.

As one of the AOE kings of Diablo Immortal, Wizards are capable of turning even large groups of enemies into loot in record time. However, their AOE abilities do impact their effectiveness in other areas.

The solo build listed below assumes you like to live dangerously. While Teleport will help you out of some situations, every other skill is designed to maximize your damage output. Feel free to sub one of them out for something like Ice Armor if you find yourself dying just a bit too often.

The same is true of the group build below, which is, admittedly, a bit greedy. If the rest of your group is comfortable with you focusing on damage above survivability, roll out with that kind of build. If you need extra protection, you can always swap out a skill or two for some insurance.

Wizards can be a tricky PvP class, but the build below allows them to hit and run as often as possible. With the right supporting gear, you should be able to consistently annoy opponents and force them to debate how many resources they should devote to eliminating your chip damage.