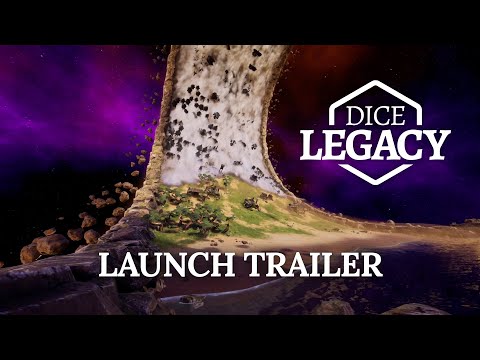 Roll Out the Holidays

Dark clouds are on the horizon this holiday season. At least, in Dice Legacy. That’s right, DESTINYbit’s rogue-like city builder, Dice Legacy, is releasing a new update: A Storm is Coming. A press release about the update provides more details about the new content.

The aptly named update introduces a host of new content, but no so title appropriate as the weather conditions it introduces. 16 different forms of weather are being introduced to the game that will provide new challenges for players to face. Forecast at the beginning of each season, different weather effects bring, not only unique challenges but, new ways to play.

“These weather phenomena, ranging from droughts to heavy rainfall… bring various effects that might improve or complicate the situation.” Says the press release.

In addition to the dynamic weather changes, the new update also brings changes to the Forging a Realm game mode. Forging a realm, brought to the last update, is a game mode that players play in a much different way. In Forging a Realm, players take on the role of a newly crowned monarch and try to make their kingdom work. With the, A Storm is Coming, update Forging a Realm get two new scenarios.

The two new scenarios, named, Bizarre Demands and Building a Following, both bring new ways to play. Bizarre Demands, according to the release, is ” a randomizer-style experience where every cost and requirement is in the hands of fate.”

However, Building a Following leaves players one way to get new dice: “meet the demands of the people.”

A Storm is Coming is the third content update to Dice Legacy. The update will go live December 21st for PC players. The game is available to play on PC through Steam and on the Nintendo Switch. Currently there is no update release date for the Switch.

The post Dice Legacy Rolls out New Update in Time for the Holidays appeared first on COGconnected.