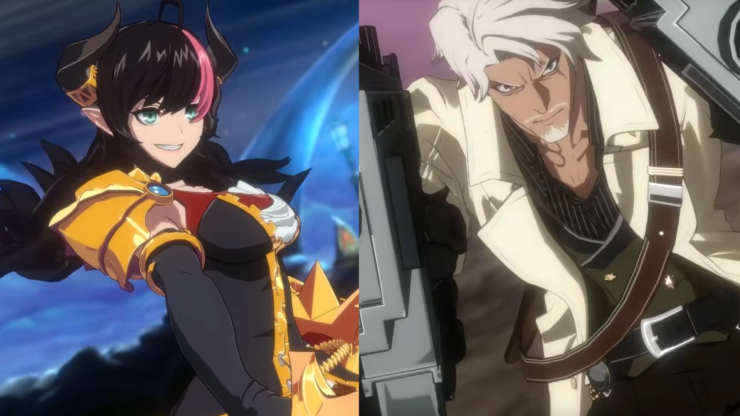 DNF Duel is the newest project being published by Nexon and developed by Arc System Works, Neople, and Eighting Co. Sporting an art style similar to Guilty Gear Xrd, the game is a 2.5D fighting game with no current release date. However, new content for the game is exactly what we’re here to talk about.

The teams behind DNF Duel released a brand-new trailer on Sunday with a sort-of brief showcase of every character in the game thus far, including a new one. The trailer also has information on an upcoming beta test period for players to use. First, though, is the new trailer, which you can watch below.

The newest killer, as you can see, is the Hitman (and no, it’s not Agent 47). Hitman looks to be a mid-ranged character with some space control capabilities along with melee attacks involving his sword. The developers also showcased bits such as his super attack’s cinematic and his intro in fights.

Perhaps the more important aspect about this trailer is that along with Hitman, it was shown that DNF Duel will also have a playable beta for PlayStation 4 and PlayStation 5 users coming soon. It’s actually this coming weekend, on December 17th, 9 PM (PST), and runs until December 20th, 2021 at 6 AM.

The fact that the beta is available so soon could be used as a point of speculation on when the game is actually coming out. Given that it had a year of silence at one point, only to be releasing trailers and content on a relatively consistent basis looks to be a sign that maybe, just maybe, DNF Duel will be available to players sometime after Q2 2022– but again, that’s merely speculation, not any confirmation.

Arc System Works has also revealed a second brand new character only yesterday, in the form of the Dragon Knight. The Dragon Knight’s archetype is a pseudo-puppet character, which involves controlling a secondary character to assist you. She also has a trailer dedicated to her gameplay. You can watch that trailer below.

The Dragon Knight specializes in trapping her opponent in pressure both from her fast attacks and from her dragon partner being summoned to perform various actions. She also appeared to have an airdash at her disposal, but whether this is unique to the Dragon Knight or if it’s a universal system mechanic shared by all of the characters.

DNF Duel’s release date is currently to be announced, but it looks to be releasing on PlayStation 4 and PlayStation 5.