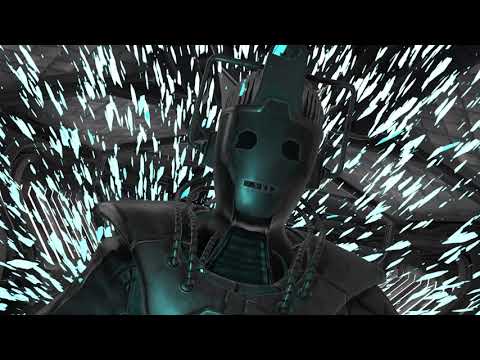 Good news, Whovians! Yes, Maze Theory‘s latest video game adaptation of everybody’s favorite Time Lord, Doctor Who: The Edge of Reality, has just launched on PlayStation 4, PlayStation 5, Xbox One, Xbox Series S|X and PC. For those waiting for the game to come to Switch, worry not; a version is still penciled in for a future release on Nintendo’s hybrid handheld console.

Accompanying the much anticipated title’s release, the London-based studio dropped a brand new launch trailer to celebrate. Go ahead and check out the new video down below:

As you can see, Doctor Who: The Edge of Reality will be a first-person action-adventure experience that boasts original actors – Jodie Whittaker and David Tennant – reprising their iconic roles, as well as its own self-contained narrative, light puzzle elements and even what looks to be some combat to boot.

That’s right, you’ll be able to face off against a bunch of recognizable adversaries from the classic British TV show using the ol’ sonic screwdriver. These enemies include Cyber Men, Daleks and Weeping Angels. Pretty cool, no?

Doctor Who: The Edge of Reality is out now on PlayStation 4, PlayStation 5, Xbox One, Xbox Series S|X and PC, with a Switch version to follow.

For more information, here’s the rundown courtesy of an official press release we received today:

Doctor Who: The Edge of Reality expands upon the thrilling VR experience of Doctor Who: The Edge of Time, and brings the story-driven game to players across current and next gen consoles, as well as PC. Featuring new monsters, worlds and gameplay, players are swept up into their own Doctor Whoadventure under the guidance of familiar characters: the Thirteenth Doctor (voiced by Jodie Whittaker), and the Tenth Doctor (voiced by David Tennant in a guest appearance).

In the new story written by Gavin Collinson (Doctor Who: The Edge of Time, Doctor Who: The Lonely Assassins), players come face to face with classic Doctor Who monsters including the power-hungry Daleks and metal clad Cybermen… and a brand-new foe, the CyberReaper.

The post Doctor Who: The Edge of Reality Gets Epic Launch Trailer for Xbox, PlayStation & PC appeared first on Twinfinite.