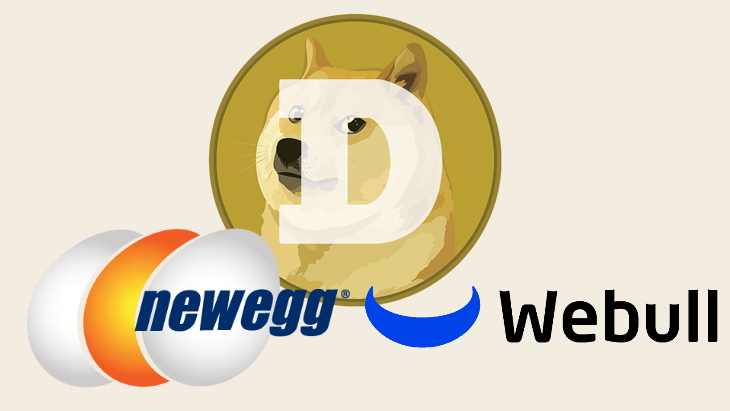 “The excitement and momentum around cryptocurrency are undeniable, and the recent surge in Dogecoin value underscores the need to make it easier for customers to make purchases with this popular cryptocurrency. We’re committed to making it easy for our customers to shop however works best for them, and that means letting them complete transactions with the payment method that suits them best. To that end, we’re happy to give Dogecoin fans an easy way to shop online for tech.”

Among the numerous cryptocurrencies spawned after the rise of Bitcoin, Dogecoin was launched in 2013; named after the meme of a Shiba Inu captioned with simplistic sentences (as though it were the dog talking). Developed by software engineers Billy Markus and Jackson Palmer, Dogecoin has reached $60 million USD in market value as of 2014.

Dogecoin allows for peer-to-peer payments, with blockchain to handle not just that, but allowing transaction to happen across numerous Windows PCs in exchange for Dogecoin (also known as mining). The cryptocurrency has been used to raise money for Charity: Water, and sponsered NASCAR racer Josh Wise in 2014.

Recently business magnate Elon Musk has been tweeting about Dogecoin, driving up the value of the cryptocurrency 200% over April. MSN Money reports after a tweet about “Doge Barking at the Moon,” those talking about Dogecoin on Twitter soared to by 16,000% (to over 55,000 users).

Dogecoin boasting an “amazing, vibrant community made up of friendly folks just like you” may have caused discussion of Dogecoin to become memetic, generating more interest, and more value.

A “meme currency” gaining more popularity because of memes is only the tip of recent US financial news. Surging GameStop stock prices inspired economic protest against Wall Street, with the WallStreetBets subreddit buying shares to harm those who shorted the brick and mortar gaming store.

This is Niche Gamer Tech. In this column, we regularly cover tech and things related to the tech industry. Please leave feedback and let us know if there’s tech or a story you want us to cover!