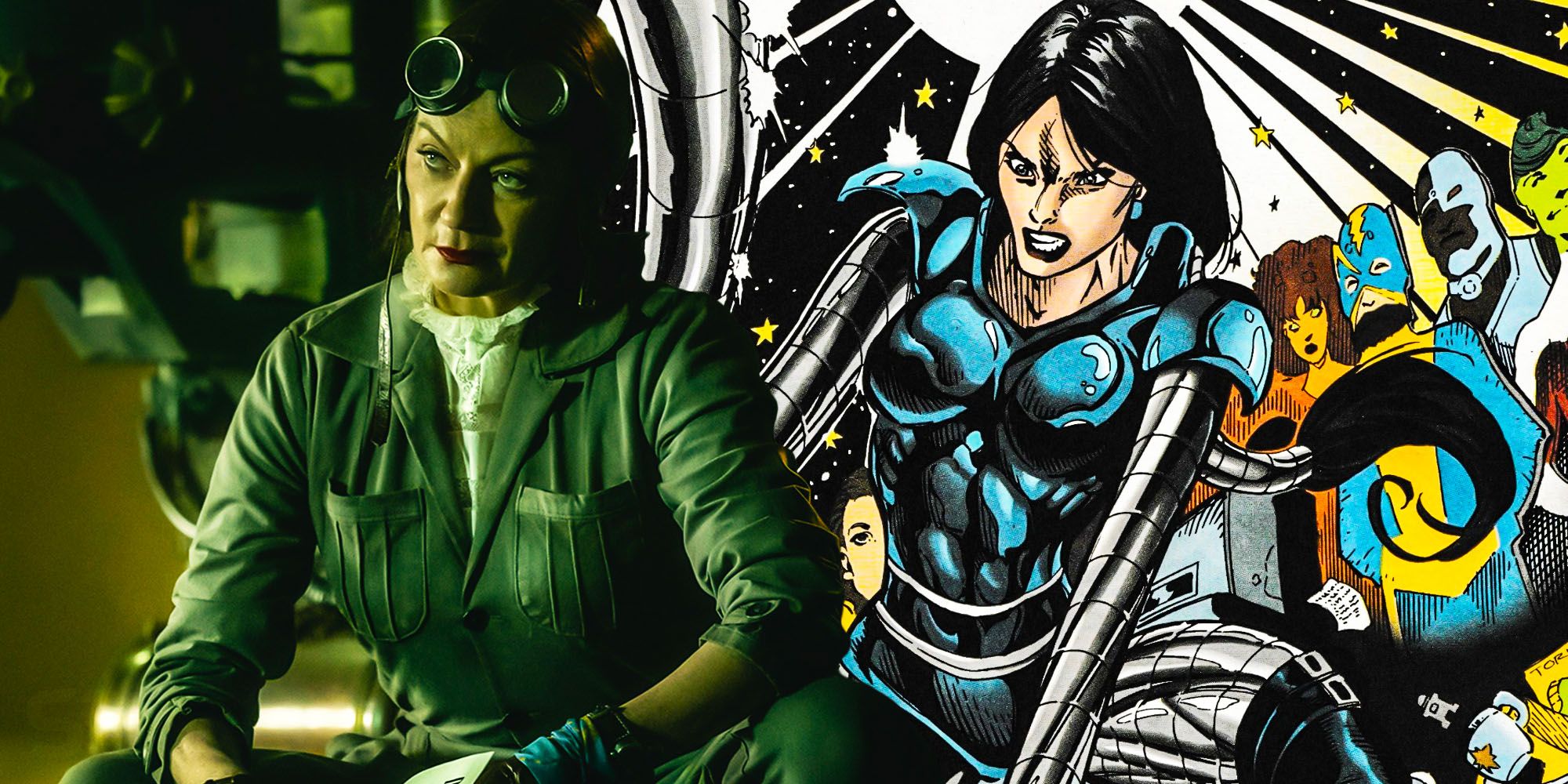 The trailer for Doom Patrol season 3 teases the introduction of Michelle Gomez as Madame Rouge, a character with a rich history alongside the Doom Patrol. Season 3 looks set to expand Doom Patrol’s cast with several new faces, a few of which were hinted at in the first season. However, Madame Rouge takes center stage for the season 3 trailer as she assigns the Doom Patrol members a new mission.

Doom Patrol season 2 concluded with an abrupt cliffhanger as The Chief, Dr. Niles Caulder (Timothy Dalton), saw his daughter, Dorothy, snatched up by Candlemaker with the two of them disappearing into a fire with unknown consequences. This left the Doom Patrol shattered and encased in wax with their futures unclear. The Doom Patrol season 3 trailer sees the group apparently back together but with Niles and Dorothy notably absent (despite the former being name-dropped). In Niles’ place is the new character Madame Rouge who is set to send them on an unclear mission for unclear reasons owing to her apparent amnesia.

The new season promises to bring back all of the absurdity viewers have come to expect from Doom Patrol, plus a little extra. But many viewers might have echoed Jane and Madame Rouge’s questions regarding who this new figure is. Here’s Madame Rouge’s comics background and what that might all mean for Doom Patrol season 3.

The effects of the surgery were not permanent, however, and her personality split reemerged allowing her good side to become an ally to the Doom Patrol. She had a romantic entanglement with Niles Caulder’s The Chief who fought to help her permanently overcome the evil side of her personality. This, too, was unfortunately unsuccessful and her evil side regained control leading her to wreak havoc on both the Brotherhood of Evil and the Doom Patrol. She was eventually killed by Beast Boy, and during her death her good side reappeared, confessing her true love for Niles before finally succumbing. She is the mother of the villain Gemini who is a shapeshifter and sought vengeance for her mother’s demise.

A surgery at the hands of the Brotherhood of Evil is likely to come with some side effects. The operation that Brain performed on Madame Rouge with the aid of Monsieur Mallah (the talking gorilla who replaced Eric Morden/Mr. Nobody when he was ousted from the Brotherhood in season 1) also gave her certain superpowers. These included the ability to stretch her body in a similar way to Elasti-Girl (the superhero alter-ego adopted by Rita Farr in the comics), and allowed her to alter her features to become a master of disguise.

Related: Why Doom Patrol’s Villains Are More Realistic Than DC’s Other Shows

An adaptation of the character appeared in season 5 of Teen Titans, which expanded on what her superpowers were capable of. In the series, she is able to imitate both the appearance and voice of anyone she has interacted with. She has extreme strength and speed and is fast enough with her extendable limbs to be able to easily catch and stop Kid Flash. She is also able to encase her foes within her own elastic body, trapping them in her torse, and is able to overcome physical damage by reshaping into an undamaged form. Her only true weaknesses are to extreme heat or cold as they have a negative effect on her shapeshifting powers.

Madame Rougue’s appearance in the Doom Patrol season 3 trailer implies that she will be an ally of the Doom Patrol, suggesting that her good personality is in charge. This is emphasized by her opposition to the reemergence of the Brotherhood of Evil and the birth of the Sisterhood of Dada. Even if her instructions to kill the groups seem a little drastic to the Doom Patrol.

However, given her amnesia and the absence of The Chief, it is possible that nobody on the heroes’ side will be aware that she is potentially evil. A switch where she betrays the group seems probable from this setup given that the grounding aspect of Niles seems absent. Such a betrayal is made even more likely since she is played by Michelle Gomez who has a history of playing villains (Missy in Doctor Who, Mary Wardwell/Madam Satan in Chilling Adventures of Sabrina, Miranda Croft in The Flight Attendant).

The character in the comics was specifically designed by the Brain to be able to combat the Doom Patrol by emulating Elasti-Girl’s abilities. However, several of her traits may help her to empathize with the group and allow the show to use her to explore the existing characters further and help them to further develop their skills. As with Robotman (Brendan Fraser), her persona was born from a car crash, and she can provide a better understanding of Jane (Diane Guerrero) as both characters house more than one personality. Her key relationship will undoubtedly be with Rita Farr (April Bowlby) as they share acting backgrounds and some of the abilities that Rita has demonstrated in season 2 (such as healing from gunfire and radiation damage) echo more of Madame Rouge’s powers and will allow Rouge to connect with and mentor Rita.

Related: Why Doom Patrol’s Grossest Moment Is Also Its Most Important

The Doom Patrol season 3 trailer makes it clear that, with Madame Rouge as a central figure, the show will be revisiting some of their more absurdist roots from the first season. The Sisterhood of Dada has been confirmed, paying off the fact that Mr. Nobody’s actions were reminiscent of his role in the formation of the Brotherhood of Dada in the comics, and the return of the Bureau of Normalcy’s butts can only add to the surreal nature of the show. As if that wasn’t enough, it looks as though Madame Rouge brought a time machine with her, meaning that season 3 will be adding complex time travel narratives into the mix.