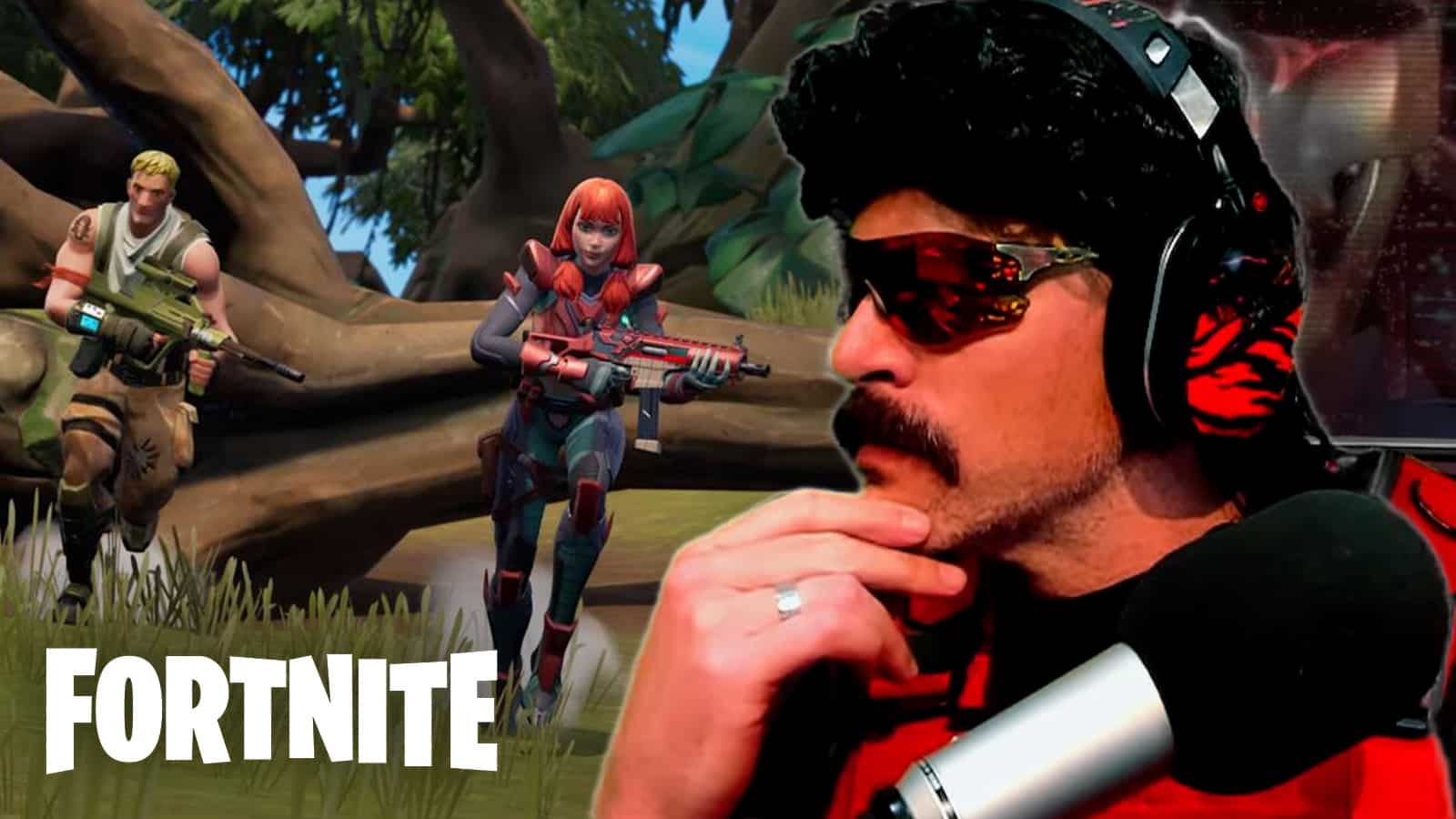 Dr Disrespect is a huge fan of Fortnite’s new Zero Build mode but believes it’s held back by one thing — kids playing the game with controller aim assist running rampant in lobbies.

Epic Games made waves by trialing a no-build mode in Fortnite, and those waves turned into a tsunami after they decided to make it permanent in the form of a new mode. Many streamers were delighted with the addition.

Doc is even on board with it, too. He admitted it was “fun,” which is something he thought he’d never say about the game.

However, now that he’s had time to sink his teeth into it, he believes it’s held back by one thing — aim assist.

Epic Games made no building in Fortnite permanent by adding a new Zero Build mode.

“I feel like the Fortnite no-build mode was built for me,” said the two-time. “Super athletic, high mobility, slide 360 sniper shots, shotty in your face, etc.” So, he’s definitely doubled down on being a fan of the mode.

However, he added his biggest gripe with it at the end. “Just sucks aim assist controller junky kids are intermixed.”

It’s a view he’s expressed multiple times in the past, particularly with Apex Legends and Warzone.

I feel like the Fortnite no build mode was built for me.

In fact, the two-time has even compared it to hacking. “At this point, you might as well just call it hacks,” he said. “It’s like a version of hacks. Except they’re not all headshots, but all the bullets do go onto your body.”

The burning rage he feels toward aim-assist has also caused him to snap and punch his chair.

So, it’s not surprising to see it’s his biggest gripe with Fortnite, regardless of how much he loves the new Zero Build mode.

The post Dr Disrespect claims Fortnite no-build mode is held back by one key thing appeared first on Dexerto.