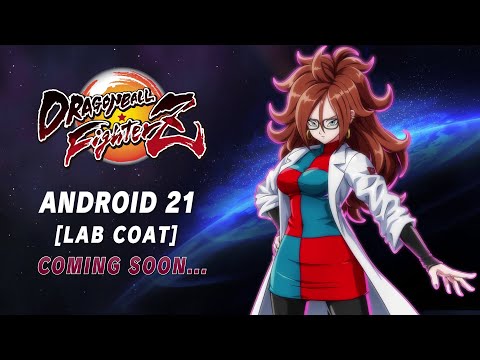 Several months have passed since the latest DLC was released for Dragon Ball FighterZ, but apparently, Bandai Namco is not done yet.

At the end of the Japanese regional finals of the World Championship, producer Tomoko Hiroki introduced a brand new DLC “coming soon.”

We’re getting the Lab Coat version of Android 21, and you can see her reveal trailer below.

Unfortunately, we don’t get to see her gameplay, but I imagine that it’ll be revealed soon enough.

Dragon Ball FighterZ is currently available for PS4, Xbox One, Switch, and PC. We know that it has sold over 8 million copies as of November 2021.

If you want to know why it’s so well-loved by the fans, you can check out our review.

You can also read an official description from Bandai Namco below.

“DRAGON BALL FighterZ is born from what makes the DRAGON BALL series so loved and famous: endless spectacular fights with its all-powerful fighters.

High-end Anime Graphics
Using the power of the Unreal engine and the talented team at Arc System Works, DRAGON BALL FighterZ is a visual tour-de-force.

3vs3 Tag/Support
Build your dream team and sharpen your skills to master high-speed tag combinations.