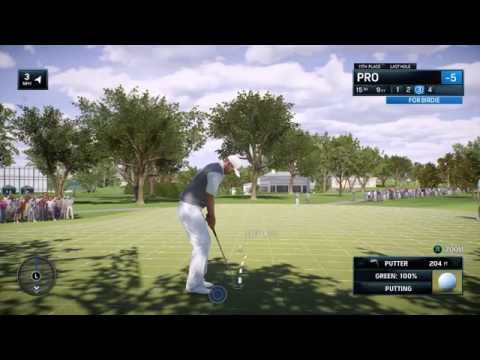 Originally slated for this spring, EA’s big return to golf with a new PGA Tour game won’t be releasing until this time next year.

It’s been nearly seven years since the last EA published golf game and it looks like the company doesn’t want to rush its return to the sport, as it’s now confirmed that EA Sports PGA Tour will release in spring 2023.

That’s a delay of a whole year, as it was originally scheduled for a spring 2022 launch. EA did warn of a delay back in November, although we doubt anyone thought it’d be a full 12 months.

No specific reason has been given for the delay, but the game’s official website has been updated to share plenty of new details. For starters, EA brags that the game will be the ‘exclusive home to all four major championships’.

A number of courses have been confirmed as well, such as Pebble Beach in California; the Old Course at St Andrews, Scotland; and the Augusta National Golf Club. In another boast, EA says its game will be the only place where you can play on Augusta as part of the Masters Tournament.

The FAQ page mentions a Road to the Masters mode that’ll probably serve as the main career mode and extensive tutorials that can teach you skills that can also be used in real golf.

As for which famous golfers will make a playable appearance, EA hasn’t named any yet, only saying ‘fans will have the option to play against and as some of the biggest names in professional golf.’ DLC is already being hinted at, with EA mentioning additional content throughout autumn – but that was a given.

Release platforms haven’t been specified either, but the FAQ says it’ll be ‘available to play on next generation platforms,’ so you can expect PlayStation 5 and Xbox Series X/S versions at the very least.

At the time of its announcement, EA described its new deal with the PGA Tour as long-term, suggesting that this won’t be a one-off. No doubt it wants the new golf game to be the best it can to assure the PGA Tour that it was the right call to give EA the licence again.