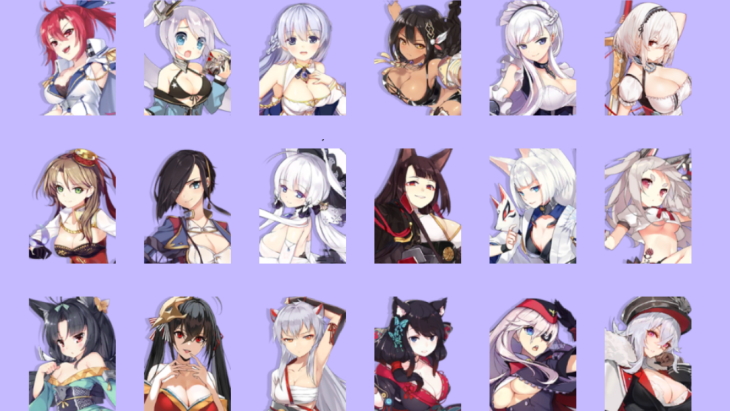 The Chinese servers of Azur Lane have removed 18 ship girls, with suspicion it was prompted by the government’s policies on lewd content.

The reports come via scattered claims across social media, along with those collating the claims on forums [1, 2]. YouTube channel
Azur Lane Meta (not officially affiliated with the game) have also investigated the issue.

The Chinese government had previously banned pornography, as part of their “Anti-Spiritual Pollution Campaign” of 1983. Those distributing pornographic material are subject to life in prison, and a cat and mouse game between the government and pornographic websites has developed. Despite the life in prison sentence, some have been given for shorter sentences.

Azur Lane monetizes its game in part through selling costumes and skins for their characters (or Ships), some being heavy of fan-service. This, combined with fan-made pornographic comics (or doujin) has drawn the ire of the Chinese censors.

In China, the game’s racier costumes are already censored, and some have still been removed from purchase after launch (while those who already purchased could keep them). Bilibili’s parent company, Tencent, are also currently under scrutiny from Chinese antitrust watchdogs, along with other tech giants.

On March 26th, the game’s Chinese distributor (Bilibili) announced a five hour unscheduled server maintenance. This was reportedly a rare occurrence, and unlike prior instances saw the game being removed from the Android store, but returned within 24 hours.

Users began to speculate while the game was taken down, made worse by a fake screenshot of an article from a Chinese news outlet stating the game would be shut down in two months. Upon returning, Bilibili made an announcement.

They stated several of the Ship skins had been removed from the Chinese version of the game’s store. However, on April 7th it was announced an update on April 8th would remove Ships from the game.

This includes Wichita, Portland, Rodney, South Dakota, Belfast, Sirius, Exeter, Ark Royal, Illustrious, Akagi, Kaga, Yuudachi, Yuubari, Taihou, Hyuuga, Fusou, Scharnhorst, and Graf Zeppelin. All of these Ships are were removed from their respective gacha pools (Light, Heavy, and Special Constructions), chapter rewards, drops, metal exchange, and shops. Those who obtained those ships prior to the removal will be able to keep them.

Unverified chatter across message boards such as 4Chan claim the crackdown may have been born of social credit reports. In short, social credit in China grants perks for “good citizens” (access to better schools for your children, or not needing to pay a deposit at a hotel), and restrictions on “bad citizens” (publicly named and shamed, or banned from using public transport).

The rumor is that a sizable portion of Arknights fans (another Chinese gacha-focused mobile game) and Azure Lane fans have a strong hatred of one another, and online flame wars escalated into some of the former making reports to the government over the “indecent” characters in the game.

They also have conducted similar with Girls Frontline, which resulted in the removal of all damage illustrations for characters (where clothing is torn to reveal more). The game’s director later publicly criticized the new laws against video game content. Even more surprising, many staff of the game reportedly liked the post.

While character removal has not occurred on US or Japanese servers for Azur Lane, Azur Lane Meta expresses his concern this could operate in the future. Manjuu, the company that produces the game’s artwork, are likely to have little motivation to create new skins or retrofits for those Ships in the future, especially when the game has over 500 Ships.

Further, the game’s developers (Shanghai Manjuu and Xiamen Yongshi) are based in China, and the game is a Chinese game that was ported to the rest of the world. Even the global server’s IP is owned by Alibaba, a Chinese company.

Even so, Azur Lane Meta doubts Chinese officials would extend their authority beyond their borders over the content of a video game that is ultimately bringing money into their country, and that users can safely grind for the “banned” ships on global servers.