A man in search of answers and revenge. He has lost his past, he was tortured, and forced into isolation. This is the story of Arthur Artorias, the main protagonist of Sky Machine Studios’ upcoming stealth adventure game: Winter Ember. A press release about the announcement provides more details about how his story is coming to Graphic Novel form. 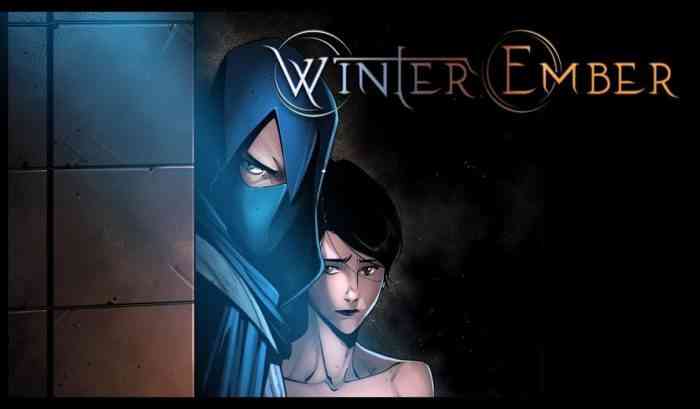 Winter Ember is an isometric stealth game, according to Sky Machine’s website. It follows the tale of Arthur Artorias as he exacts vengeance for a past that isn’t his any longer. The player plays as Arthur, sneaking, stabbing, and uncovering the secrets of this dark story. Players are able to see these mechanics in the 2020 reveal trailer.

Now, eigoMANGA has announced that you can follow Arthur’s story in another format. The publishing company announced, in a press release, that Winter Ember is coming to graphic novel form. In addition, the company is continuing a digital comic series on Winter Ember that began yesterday, December 20th.

Also, the writing portion of the Winter Ember graphic novel is in the hands of Kevin Grevioux. Grevioux, acclaimed for creating the Underworld and I-Frankenstein films, is also an accomplished comic book writer. Additionally responsible for such comics as The Amazing Spider-Man and Cyborg, Grevioux is no stranger to the world of comic writing.

The Winter Ember graphic novel will be available for purchase April 25th, 2022. Currently, the digital comic is available on platforms such as Kindle and Comic Distro. The comic will be an 8-part series. Winter Ember Chapter 0, released yesterday, shows readers Arthur before the tragedy that will spark his quest for vengeance. Are you excited for Winter Ember? Do you think more games should be adapted to comics and graphic novels?