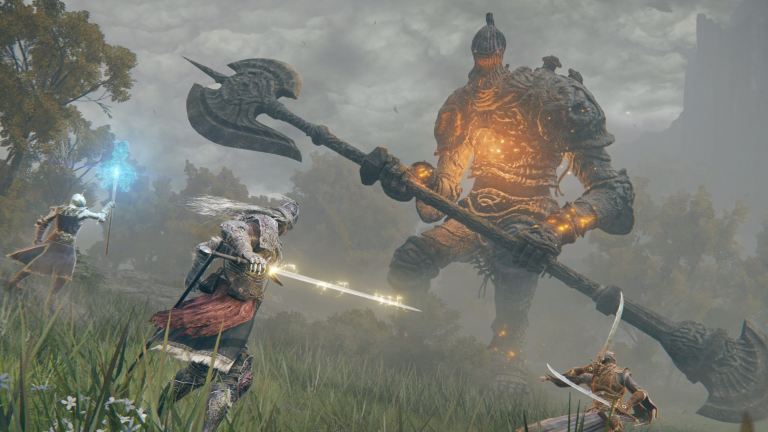 It probably shouldn’t come as a surprise that one of the best (and best-selling) games of the year is still getting updated, but Elden Ring‘s recent 1.06 update is quite surprising in a lot of ways. Not only is it a fairly substantial update that kind of came out of the blue, but it includes a number of buffs, nerfs, and alterations that suddenly make certain weapons and strategies more viable than ever before.

While most of Elden Ring‘s recent updates are obviously designed to address some of the game’s many PvP balancing issues, even PvE players should be excited by some of the open-world epic’s recent updates. After all, it’s never a bad time to dive back into Elden Ring, and there’s no better way to play the game again than by experimenting with a few different builds.

That said, please note that this article largely focuses on some of the Elden Ring weapons and items that are suddenly viable or more powerful thanks to the 1.06 update rather than the best overall weapons, items, and builds in the game. While I hope to bring you more information regarding the best new builds in Elden Ring, consider this a preview of the most notable weapons and items that now deserve a second look.

The Dark Moon Greatsword is arguably the coolest weapon in Elden Ring, and it is certainly one of the most difficult weapons in the game to obtain. However, the sad fact of the matter is that the sword has been little more than a gimmick up until this point. Thanks to Elden Ring’s 1.06 update, though, the Dark Moon Greatsword finally has more to offer than a few style points.

Actually, the Dark Moon Greatsword itself is really only slightly better than it was before. Instead, the real post-patch winner here is the sword’s unique weapon skill: Moonlight Greatsword. Just as it was before, that skill allows you to fire off magic-based projectiles that also gradually deal Frostbite damage. However, thanks to a recent buff to the motion speed of strong and charge attacks from Greatsword weapons, it’s now possible to fire off the heavy attack versions of those projectiles quicker than ever. This video (as spotted by Windows Central) does an excellent job of showcasing how powerful those buffed projectiles really are.

To be honest, I almost ignored this Curved Greatsword entirely simply because it’s one of those aforementioned weapons that were already good before the recent patch. However, it really is worth saying that Bloodhound’s Fang is now somehow better than it has ever been before.

Buffs to Elden Ring’s Greatsword weapon class mean that you’re not only now significantly more agile while wielding Bloodhound’s Fang but that you’re actually able to perform some of the weapon’s heavier attacks quicker than ever before. Even better, the weapon is still an amazing option for anyone looking to utilize one of the game’s still very powerful bleed builds.

While Bloodhound’s Fang isn’t nearly as broken as it would need to be in order to make a significant impact on Elden Ring’s PvP meta (even after some of the recent PvP weapon nerfs), it’s truly impressive that this sword has survived as much as it has and remains such a powerful overall option.

On the surface, the Omen Cleaver is probably one of the least exciting Elden Ring weapons affected by the recent 1.06 buffs and changes. After all, why would you want to use such a “plain” weapon when so many more exciting weapons out there just waiting to be experimented with?

However, the Omen Cleaver’s “plainness” is ironically one of the big reasons why it’s such an exciting weapon. Not only does this weapon boast some impressive base stats, but unlike many other viable Curved Greatswords and Greatswords, you can actually imbue this weapon with a wide variety of Ashes of War.

That makes Omen Cleaver the ideal centerpiece for a variety of possible builds, and a more than respectable Strength-based weapon in its own right. Give this weapon a go if you’ve been looking to experiment with a few different Ash of War possibilities but haven’t yet found the right weapon for your theorycrafts.

Technically, this weapon didn’t directly benefit from the recent 1.06 update. However, this weapon certainly got a little bit “better” by virtue of some other Elden Ring PvP weapons and strategies becoming notably worse.

This weapon is quite literally insane in PvP scenarios. See, not only is Vyke’s War Spear one of the best weapons in Elden Ring for Madness builds (which, as we’ve previously discussed, are incredibly annoying/powerful), but this weapon’s base abilities grant it incredible attack range and tremendous stagger potential. If for whatever reason you get tired of spamming this weapon’s powerful base attacks, you can always rely on its devastating weapon skill: an AOE bomb that also inflicts a healthy amount of Madness.

While there are few good reasons to use this spear in PvE (though it is certainly viable in that format), anyone who is interested in dipping their toes into Elden Ring’s PvP scene will have a hard time finding a better overall option to start with. Just be prepared for everyone you fight to absolutely hate you.

The biggest downside to this weapon (now that Greataxes have been buffed, that is) is the fact that there’s no guarantee you’ll ever acquire it. Because this weapon only drops from specific kinds of enemies, and because those enemies are not guaranteed to drop the weapon even after you kill them, there’s a good chance that it will take you hours to finally acquire this massive axe. Some players simply never see it at all.

However, Executioner’s Greataxe might finally be worth all of that trouble. Much like the Omen Cleaver, Executioner’s Greataxe boasts incredibly high base damage, scales very well with Strength, and can be imbued with numerous Ashes of War (as well as enhanced by magical buffs). It’s just a powerhouse of a weapon that happens to be significantly more versatile than it sometimes gets credit for.

If you’re looking to try a Strength-based build in order to take full advantage of Eden Ring’s 1.06 buffs, I highly recommend spending a little time farming this rare weapon. It’s an outright powerful option that arguably reaches its full potential when paired with a powerful Ash of War like Quickstep or Flaming Strike.

On its own, Great Stars is a powerful Great Hammer that boasts respectable base stats and a nice Bleed effect. It can also be infused with a variety of Ashes of War, which (as noted above) tends to be a plus. Best of all, this is one of the few weapons in Elden Ring that restores health upon each successful hit regardless of your specific stats. Overall, it’s just a really good weapon

However, the real reason that I’m recommending this weapon now is that Elden Ring’s 1.06 update actually makes it possible to acquire two Great Stars in a single playthrough. Granted, you’ll need to beat a tricky new NPC in order to acquire a second Great Stars weapon, but the effort is most certainly worth the payoff.

Try not to be surprised, but it turns out that wielding two powerful weapons that regularly restore a respectable portion of your health is about twice as good as weilding one. I’m not sure if dual-weilding Great Stars is a viable PvP option at the moment, but I can tell you that this is an ideal PvE weapon for Strength-based builds.

Now that Opaline Hardtear is working as intended, though, it’s an incredibly interesting option for both PvE and PvP players. Not only does the item actually reduce all incoming damage (by 15% in PvP and 10% in PvE) as it is supposed to but its defensive buff effect lasts for a whopping three minutes. Whether or not that’s better than your currently preferred Flask of Wondrous Physick concoction is up to you, but Opaline Hardtear is certainly worth a second look.

Tucked away in Elden Ring’s Update 1.06 Patch Notes is this interesting (and somewhat confusing) line:

“Increased rolling distance when player has a light equip load.”

While the official patch notes sadly neglect to tell us just how much further you can roll with a light equipment load, Elden Ring players have already discovered that the difference is surprisingly significant. In fact, rolling with a light equipment load is now so much more effective that some are already ready to call Blue Dancer Charm one of the best Talismans in the game.

See, Blue Dancer Charm raises your overall Physical Damage whenever you have a lower equipment load. The exact numbers are kind of wonky, but anyone who uses light weapons and light armor while using this Talisman post-patch will notice that they are significantly quicker than they were before and deal much more damage.

So, if you’re the kind of Elden Ring player who doesn’t mind going into battle naked (or near naked), then I highly recommend giving this Talisman a shot. It’s the ultimate “Glass Cannon” accessory that is perfect for melee players who are reasonably confident in their ability to avoid big hits.