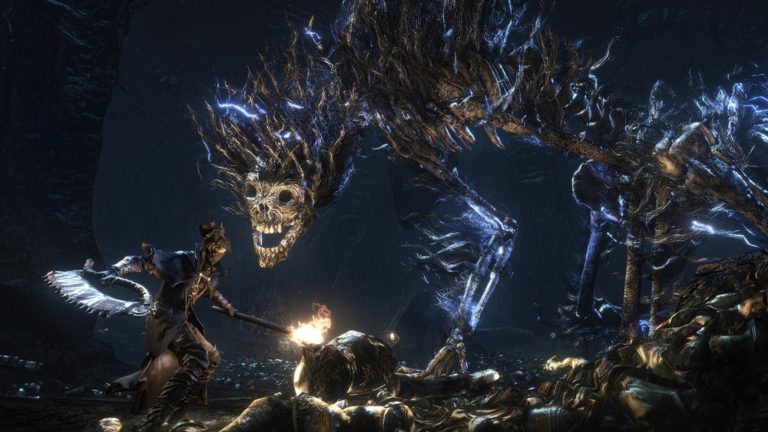 The Soulsborne community has a long and proud history of modding FromSoftware games. That tradition really started with the PC port of the original Dark Souls, which featured everything from mods that fixed Blighttown’s infamous lag to mods that inserted guns into the game. While Elden Ring has already enjoyed quite a few noteworthy mods (with more on the way), one of the game’s most compelling community creations features the return of some of Bloodborne‘s best features.

One of Elden Ring‘s more prolific modders so far has been Garden of Eyes (who is actually named after one of Bloodborne‘s freakier Cronenberg-eque enemies). He has already created numerous videos that pit Elden Ring bosses against one another, as well as mods that invent new spells, spirit summons, and bosses. Appropriately, Garden of Eyes’ latest mod channels the same Bloodborne energy that birthed his name.

Garden of Eyes’ latest mod (which was spotted by Eurogamer) is the appropriately titled “The Garden of Eyes Overhaul Mod,” and it certainly appears to be Garden of Eyes’ biggest project to date. While the mod includes quite a bit of new content and changes, its most important addition is a “fully functional gun system,” which Garden of Eyes built from the ground up with help from another prominent Elden Ring modding team, Call of the Abyss Studios (COTA Studios for short).

That system allows Elden Ring players to parry enemies, bosses, and even invaders with a little help from their pistol (just like you could in Bloodborne). Currently, the overhaul mod only features one gun and bullet type: the Soldier’s Pistol and Tarnished Bullets, both of which are available via your local crafting menu. However, Garden of Eyes promised to add more firearms and ammunition types as time goes on. Even in its earliest form, though, that modified mechanic opens up compelling new strategies that change how you approach even optimized Elden Ring builds. If this new fan-fueled mechanic piques your interest, you can download it from Garden of Eyes’ Patreon page.

Had the Garden of Eyes Overhaul Mod only added a functioning gun system, that arguably would have been more than worth the price of admission. However, Garden of Eyes is one of those modders that seemingly doesn’t believe in the value of half measures. As such, his new mod includes so much more than just a fresh (if slightly familiar) way to fight. For instance, the Overhaul mod features some new skins for players’ beloved spirit horse, Torrent. While this mod doesn’t replace Torrent with Thomas the Tank Engine as some other mods do, it does allow players to summon a rideable Draconic Sentinel’s horse or Night’s Cavalry horse instead. As with the guns, Garden of Eyes plans to add more mounts down the line.

Finally, Garden of Eyes’s Overhaul Mod also provides a slew of new and reimagined weapons, some of which were actually cut from Elden Ring during development. These include Miquela’s Abundance Twinblade, the True Wings of Astel twinblade, and “restored” versions of boss weapons. Each weapon receives a shiny new model and custom ability, but, at the risk of sounding like an infomercial, I have to tell you that’s still not all. Garden of Eyes promised that his mod will eventually be updated with even more weapons, as well as new armors, bosses, and mechanics. While that gun parrying mechanic is obviously the mod’s biggest hook (especially if they played Bloodborne), Garden of Eyes has so much more waiting in the wings to keep users entertained.

A bit of a side note, since this overhaul mod was a collaboration between Garden of Eyes and COTA Studios, both have their own dedicated versions, each with different gun models and weapons. Functionally, both mods work the same, so your choice comes down to a simple question: Would you rather wield cut content weapons or Darth Maul’s double-bladed lightsaber? As with Garden of Eyes’ mod, you can buy COTA Studios’ version on their Patreon page.