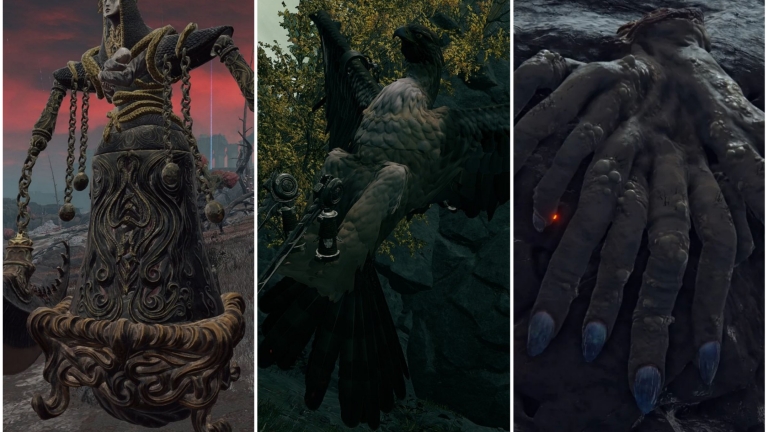 Elden Ring is one of those games you can keep returning to over and over again and never get bored. Maybe you want to try a new build or pursue a different ending, but regardless of your reasons, you will still have to wade through the same enemies, for good and for bad.

Every monster in Elden Ring sticks to a strategy. Their animations and patterns give players plenty of tells to help them dodge incoming attacks, and gamers can easily defeat these opponents with enough practice. At least, that’s how Elden Ring should work. In practice, the game has quite a few enemies with tells that are near impossible to read, are faster or stronger than they have any right to be, or are just downright cheap, which makes them more annoying than even some bosses.

Since we’ve already talked about some of Elden Ring‘s toughest boss fights, here are some of the most annoying regular enemies you’ll find in Elden Ring.

Stormveil Castle is the first major dungeon of Elden Ring (or at least it should be if players don’t venture off the beaten path). Most enemies within the castle walls are the standard knights, zombies, and dogs players have already encountered on their journey, but Warhawks (or Bladed Talon Eagles) are the annoying exception.

Warhawks, as their name suggests, are birds of prey bred for war. Not only are Warhawks quick and bloodthirsty, but their legs and feet have been replaced with swords, and these creatures know how to use their deadly prosthetics. Warhawks spend most of their time hovering above the battlefield; they are too quick for most ranged attacks and are just out of range for most melee attacks. When they do strike, Warhawks either unleash wild, sweeping slashes or, even worse, pick up explosive barrels and chuck them at players. Anyone who dodges the brunt of the attack will more than likely find themselves knocked flat on their backs, unable to retaliate.

While Warhawks are annoying, the thing that makes them truly challenging is their ability to fly and the fact that you’ll probably face them before your character is properly leveled or equipped. Compared to other enemies, Warhawks are actually quite squishy, and many later abilities make short work of them. In the grand scheme of things, Warhawks are annoying, but they’re much easier to deal with later in the game.

The Lands Between is full of grotesque monsters that wouldn’t look out of place in a medieval rendition of John Carpenter’s The Thing. Fingercreepers (or Spider Hands) might as well be the disembodied faces of the game’s body horror aesthetic, especially because they are so annoying.

Fingercreepers are unnatural abominations that consist of several giant hands, each with too many fingers, grafted together in the rough approximation of a spider. And like spiders, Fingercreepers love to ambush prey. Unwary players can easily find themselves walking into the clutches of Fingercreepers, usually by strolling under one waiting on a wall. Some Fingercreepers even use the anglerfish approach and tempt players with shiny baubles — which Soulsborne players associate with items — only to squeeze anyone who falls for it. Even when Fingercreepers don’t ambush players, they attack aggressively and can even paralyze victims with gravity magic.

Much of the Fingercreepers’ annoyance comes from their basic visual design. Each one is a giant, disembodied hand with an unnatural number of fingers, so it’s difficult to read their moves. Plus, Fingercreepers love to make sure you can’t do anything about it anyway thanks to their traps and gravity magic. While Elden Ring is full of disturbing creatures, Fingercreepers are one of the rare monsters that are difficult and annoying due to their basic structure.

Elden Ring has plenty of miniature dungeons, most of which take the form of underground catacombs. In keeping with the game’s grimdark design, those locations feature plenty of gothic architecture, some of which are actually sneaky monsters known as Fanged Imps.

Fanged Imps are actually one of the more common enemies in Elden Ring. Familiarity aside, they’re also some of the most annoying enemies in the game because they utilize a grab bag of deadly tricks. Fanged Imps are infamous for their ability to dish out bleed damage, which, coupled with their tendency to attack in packs, can erase a huge chunk of player health. Plus, even when out of melee range, Fanged Imps love to throw daggers and magical grenades.

While Fanged Imps can dish out punishment, they aren’t able to take it. These creatures are actually quite fragile due to their size, but that design element makes them even more annoying. Fanged Imps have no trouble blending in with the surrounding area and constantly hide in rafters, around corners, and even behind door arches. At least zombies have the decency to wait out in the open, but Fanged Imps? They are annoyingly proficient in the art of camouflage.

Soulsborne games typically have plenty of chests for players to open, but some of those chests famously hide mimics that chomp would-be looters. Elden Ring doesn’t have chest mimics but it does feature booby-trapped chests that spirit players away to distant areas. One such teleportation destination houses an especially annoying (and disturbing) enemy.

Pests, also known as Lesser Kindred of Rot, live up to their name. These amalgamations of prawn and person sport way too many limbs that run along the underside of their carapaced bodies. Pests are a nightmare to fight because they can scuttle around the ground at inhuman speed and poke players with a glaive. But for as hard Pests are to counter while in melee range, they are even worse at a distance.

The key to a Pest’s battle strategy — and what makes them so annoying — is their spines. Pests have the horrifying ability to launch barbed spikes that, defying all known laws of physics, home in on players. These spines are hard to dodge at the best of times, and even if they all don’t hit, odds are at least one will. And that’s just when someone fights a lone Pest. The creatures tend to attack in groups, and the more Pests there are, the more annoying spines players have to deal with. When players encounter Pests, nuke them; it’s the only way to be sure.

Faster enemies in video games tend to have weaker defenses, while slower enemies are usually a bit tougher. However, there are some monsters that spit on the idea of balance. Elden Ring is a hard game, so why shouldn’t it feature enemies that can run you over while also tanking hits?

Since Abductor Virgins are animate metal coffins, they have extremely high defenses and are immune to virtually all status effects. The only way to really damage these enemies is to wait until they open up, which is extremely risky because that’s when they try to grab players. To make matters worse, the circular saw Abductor Virgins have a high-speed charge attack that is difficult to dodge, and the pendulum variants can whip out their weapons a deceptively long distance. If angled correctly (or incorrectly, depending on how you look at things), this attack can even phase through walls. Given these blatantly unfair advantages, it’s no wonder many players try to avoid Abductor Virgins altogether.

The first enemy players face in Elden Ring is the Grafted Scion, which is a collection of mismatched limbs stitched together haphazardly. If only that was the only instance of an in-game enemy with too many arms.

Revenants are the bane of many Elden Ring players’ existence. These multi-limbed creatures are some of the most aggressive enemies in the game and move way faster than they have any right to. Not only can Revenants leap deceptively long distances, but most of their basic attacks hit multiple times, stun locking players. To make matters worse, Revenants love to vomit poison (which is an annoying status effect on its own) and can even teleport, which makes escape all but impossible.

Because of the Revenant’s mobility, speed, and poison, this standard enemy is actually tougher than most bosses. The only reason it is only the second most annoying enemy in Elden Ring is because of its unusual weakness: Healing magic. Incantations that restore a lump sum of player health, such as Heal and Great Heal, erase more than half of a Revenant’s HP, while healing-over-time spells like Blessing’s Boon and Blessing of the Erdtree slowly eat away at Revenants. Since these Incantations are so common and widely used, they are invaluable anti-Revenant weapons, but good luck actually using those spells when a Revenant is slapping you to death.

Fighting bears is a common fantasy game trope, although since they are mundane compared to fictional creatures such as dragons and griffins, bears tend to be on the weaker side of the difficulty spectrum. Elden Ring, on the other hand, reminds gamers why fighting a bear is a bad idea regardless of reality.

Even though Lesser Runebears are technically standard enemies, they are incredibly tanky and boast more health than quite a few bosses. And yet despite the challenge, the reward for slaying a Rune Bear isn’t worth the effort. The sheer power and unfair hitboxes that Lesser Runebears boast, combined with their absurdly high health pools and tiny rewards, make them easily the most annoying enemies in Elden Ring.