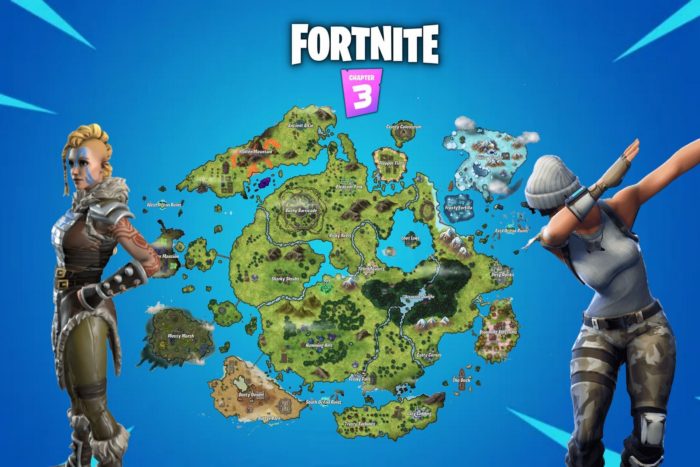 Fortnite Chapter 3 is on the horizon, and it looks like Epic is taking a different approach when it comes to the game’s leaks. According to multiple reports, Epic has requested known Fortnite leakers and dataminers to abstain from spoiling anything.

“Epic Games has asked leakers to not post any leaks during the v19.00 downtime,” said one Fortnite leaker. “We realize why this is an important concern for them and have provided suggestions on how to make their idea work in a good way.”

Although the leakers did not promise anything, they will reportedly “evaluate if this is a realistic idea.”

The relationship between Epic and Fortnite’s relatively small group of leakers and dataminers has always been tense. The tension noticeably increases every time a new Fortnite season or chapter is coming around the corner. Despite recent attempts at preventing leaks, one major teaser about Fortnite Chapter 3 still dropped on social media.

Taking a look at the preview, it looks like there will be some dramatic changes in Fortnite’s in-game map. Plus, Dwayne Johnson, more popularly known as The Rock, also joined in and posted a video that featured a mysterious Fortnite relic.

“For anyone who has not seen it yet but wants to, here is the ad that was found on TikTok,” the leaker said. “I was not going to post it, but considering it is already everywhere on the Internet, there is no reason to hide it anymore.”

The recently leaked trailer shows a group of Fortnite Chapter 3 characters standing at the edge of a cliff. They are overlooking the map. Suddenly, a flash of light sends the whole scene into chaos. Everyone is immediately submerged and there are momentary glimpses of structures underwater. A huge structure is shown, and when this one falls, a new Fortnite Chapter 3 map is revealed.

Are you waiting for Fortnite Chapter 3? Let us know in the comments below.

The post Epic Is Asking Leakers Not to Leak Anything Related to Fortnite Chapter 3 appeared first on COGconnected.