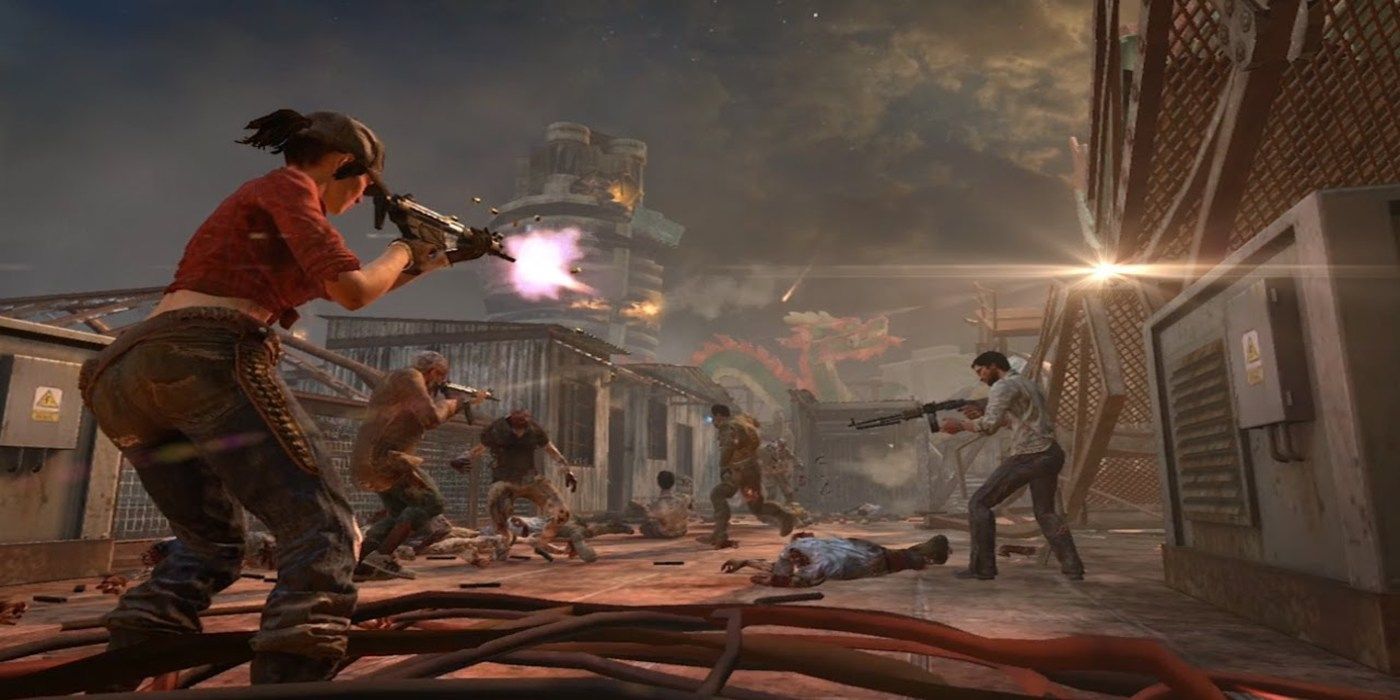 A major reason why Call of Duty Zombies fans view Call of Duty: Black Ops 3 as the peak of the survival mode is its DLC Season. Not only did the game feature terrific mechanics, but each DLC map was unique and full of big story moments. The post-launch support was capped off with Zombies Chronicles, an expansion that brought back eight beloved Call of Duty Zombies maps.

With the original Zombies Chronicles being such a big success, it is easy to understand why fans are calling for Zombies Chronicles 2 to be made. With some iconic maps having not yet received a remake, such an expansion could ignite a spark in the Zombies community that has not been seen for several years. Fortunately, recent rumors indicate that this exact DLC is finally happening. If such an expansion does come, here are the maps that Call of Duty Zombies fans can expect to see.

RELATED: Call of Duty Zombies Chronicles 2 is Reportedly in Development

Undoubtedly the biggest draw to a Zombies Chronicles 2 would be a remake of TranZit. Widely regarded as the worst Treyarch-made Zombies map of all time, TranZit’s flaws are plentiful. The lava and fog that cover the Washington-based map are a pain to work around, as they make traversal panful without the bus. The same can be said for the denizens, as the small, face-hugging monsters are more frustrating than fun. With an inconsistent Pack-A-Punch system, a frustrating mini boss in the Avogadro, and a cumbersome Wonder Weapon in the Jet Gun, the map never caught on with fans.

Despite the many criticisms players have had for TranZit, most would agree that it is the map that would make for the most exciting remake. A new version of TranZit could allow Treyarch to realize the vision that it originally had for the map back in 2012. Releasing long before the existence of the Outbreak game mode, an open world Zombies map was unheard of. For all its flaws, TranZit had a great atmosphere, with the ruined surroundings and bus driver T.E.D.D. being examples of this. A remaster can lean into its strengths, addressing every single complaint fans had. With Treyarch no longer limited by the technology of the PS3 and Xbox 360, TranZit could become an amazing map.

A TranZit remake would surely see its smaller locations brought back as Survival maps, too. One strength of TranZit’s size was that it was essentially made up of several smaller maps, all of which were segmented off into their own playlists. Town became more popular than TranZit itself, Bus Depot was brutally difficult, and Farm was somewhere in between. Diner was also featured in a side mode called Turned, and even if that Gun Game variant does not appear in Zombies Chronicles 2, the map itself should be repurposed into another Survival location. Counting Diner, a full remake of TranZit would lead to five fresh maps — ensuring Zombies Chronicles 2 has plenty of content.

The two other Victis crew maps are all-but-guaranteed to appear in a potential Zombies Chronicles 2 as well. While one was more popular than the other, both were more warmly received by the Call of Duty Zombies fan base than TranZit. While it is unclear if the members of Victis would return in some remakes, or if a new cast of playable characters would replace them, gamers can expect both Die Rise and Buried to feature in this heavily requested expansion.

Die Rise is a cult classic, as it remains the Zombies map with the most verticality. Taking place across two skyscrapers, with one of the buildings flipped completely upside down, the map has a unique aesthetic. While it features a ridiculously powerful Wonder Weapon in the form of the Sliquifier, it also features several areas where players can fall to their deaths. As such, gamers needed to be careful where they stepped, with the moving elevators also providing an element of danger. While Die Rise was a punishing map that was not for everyone, many do look back on it fondly.

Even more popular was Buried, as it did several things right. For starters, the map featured one of the most unique settings in Call of Duty Zombies history, as players fought through an old west town trapped below ground. The ghosts served as an interesting mini boss, Arthur was a useful companion, and the Time Bomb is one of the most spectacular pieces of equipment the mode has ever seen. With some fun traps, a Wonder Weapon that boasts infinite ammo, and some special side easter eggs, the map was on the easier side. Still, it is undoubtedly the strongest map to not yet receive a remaster.

TranZit, Die Rise, and Buried are the only maps that should be considered shoo-ins for Zombies Chronicles 2. However, there are some extra options that Call of Duty Zombies fans would likely be just as excited to experience again. Nuketown, Mob of the Dead, Five, and Call of the Dead all have the potential to be included in Zombies Chronicles 2 due to the way that they were remastered in Call of Duty: Black Ops 4.

Call of Duty: Black Ops 4 Zombies’ Chaos Story was divisive, though it did offer the only fully original Zombies maps in that game. Despite featuring the conclusion to the Aether storyline, all the maps starring the Primis and Ultimis crews were re-imaginings. Blood of the Dead saw Mob of the Dead revisited, though several new areas were added to the map. The same could be said for Classified, which gave Five a new Pack-A-Punch system. Alpha Omega took players into Nuketown’s bunker, while Tag Der Toten let players use Call of the Dead’s lighthouse to reach a secret laboratory.

While these reimaginings did provide some nostalgia, many of them played completely differently from the original versions. Alpha Omega lacked the randomized perks and casual nature of Nuketown, fans missed the Pentagon Thief in Classified, and Tag Der Toten did not have the Scavenger Wonder Weapon from Call of the Dead. Blood of the Dead was perhaps the most different of all, as it removed the map’s plane Icarus and the Golden Gate bridge. However, proper remasters could bring all these features back, with the maps featuring their original crews and mechanics. If Treyarch wants to make Zombies Chronicles 2 even more appealing to Call of Duty Zombies fans, including these maps along with the Victis locations would be the way to go.