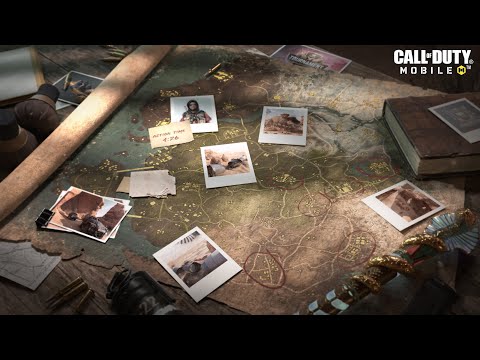 CoD Mobile Season 4 is next on the calendar with the usual mix of classic maps, weapons, and plenty more expected to arrive in the major update. From a release date to the first trailers, here’s all there is to know about the next big patch.

There’s absolutely no slowing down in 2022 for CoD Mobile. Following a monthly pattern, brand new seasons have arrived one after the other, giving players new reasons to jump back in.

Most recently we saw Snoop Dogg take center stage in the Season 3: Radical Raid update, but the focus has already shifted to what’s coming next.

CoD Mobile Season 4 is already being teased with a huge amount of content set to shake things up in the handheld title. Below is a full breakdown of everything we know thus far about the content drop.

CoD Mobile Season 3 is barely a few weeks old and Season 4 is already beginning to steal the spotlight.

CoD Mobile Season 4 is set to launch on Thursday, April 28. This coincides with the end of the Season 3 Battle Pass, allowing for the new update to seamlessly roll on over.

While an exact time is yet to be confirmed, CoD Mobile updates typically arrive at 5PM PT. Thus, it’s a safe bet Season 4 follows suit, but we’ll keep you posted right here if plans change along the way.

The first official trailer for CoD Mobile Season 4 premiered on April 17. This brief clip glossed over a war table of sorts, revealing multiple pictures of a familiar location, more on that in the next section below.

“A storm in the horizon and it holds within it a new season of CoD Mobile,” the YouTube description reads. “

Get ready for more at the end of April!”

After appearing in an earlier CoD Mobile test build, Satellite finally appears set to debut in CoD Mobile. This Black Ops Cold War map has not only been teased on social media but can also be seen clear as day in the latest trailer.

Players will soon be dropped into the Namib desert in Angola to fight across this Cold War locale as teams battle through a crash site of, you guessed it, a fallen satellite.

While Season 3 came with just one map in total, Season 4 seems to be gearing up for two new additions this time around, as Khandar Hideout from Modern Warfare (2019) has also been teased.

Khandar Hideout launched during Modern Warfare’s second season and featured a medium-sized layout. Expect to see this design in all regular CoD Mobile playlists throughout Season 4.

No different from usual, brand new weapons are also on the way for CoD Mobile’s Season 4 update.

Thus far, we know for certain that at least one new gun has been locked in.

The Koshka bolt-action Sniper is set to arrive in CoD Mobile Season 4.

The Koshka Sniper from Black Ops 4 was first teased on April 11 with an image of the rifle buried under sand.

As a bolt-action, you’ll have some devastating firepower at the ready, but you’ll need to time each shot perfectly.

We’re still a ways off from the CoD Mobile Season 4 update, so be sure to check back often as we’ll keep you posted right here with all the latest details as they emerge.