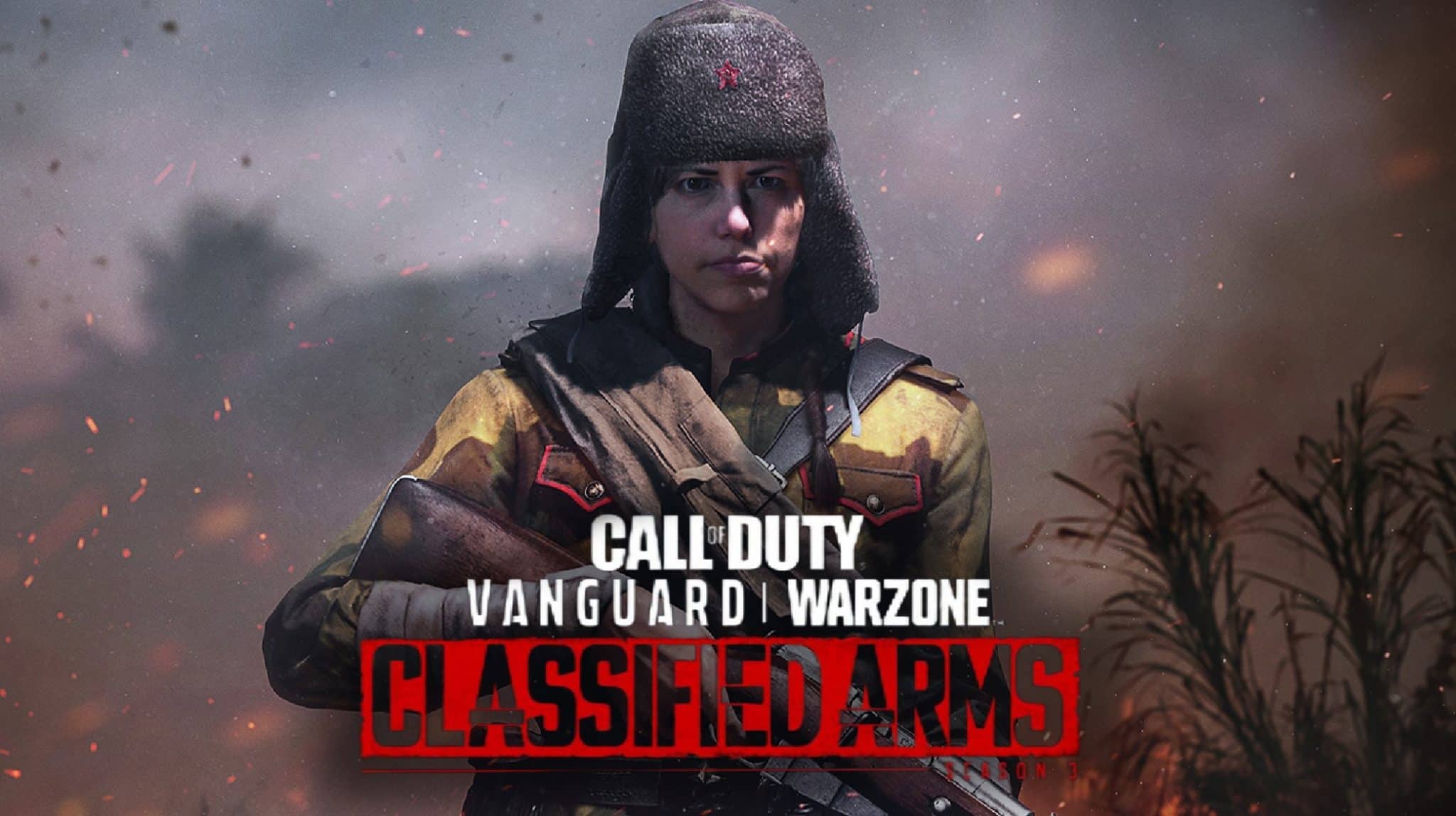 The Warzone Pacific Season 3 update, known as Classified Arms, is just around the corner and we’ve got an early rundown on all there is to know. From map changes and potential events to a huge balance pass, here’s a look ahead at everything coming in the major update.

Four months since Warzone entered the Pacific era with the jump to Caldera and Season 2 is already drawing to a close. That can only mean one thing as the next massive content drop is now on the horizon.

Warzone Pacific Season 3: Classified Arms is locked in and is shaping up to be yet another hefty update with new weapons, features, map changes, and plenty more.

So before the next big patch arrives, be sure to brush up with our early breakdown of everything there is to know about the Warzone Pacific Season 3 update.

There’s currently no telling for certain what time the Season 3 update may go live, nor how big the file size will be. We’ll keep you up to speed here once further details are announced.

Weeks ahead of the Season 3 launch, Activision revealed the first official look at the Classified Arms update. This brief cinematic revealed the dire consequences of multiple Nebula bomb explosions around the fictional world.

With one such bomb detonating in Caldera, enemy forces appear to have “shaken something awake. Something far more powerful and fearsome than we could ever hope to comprehend.”

While it remains mysterious for now, a Godzilla-esque roar can be heard at the very end, more on that below. This could be our biggest hint yet at what’s to come in Season 3.

Alongside the cinematic trailer for Season 3, the official Call of Duty account also shared a jumbled audio file. Upon deciphering this clip, fans uncovered a hidden message.

“Monsters are real,” the teaser appears to imply. Given the Godzilla roar in the very end of the trailer, it strongly suggests a new event is on the way to shake up Warzone.

I checked it on Audacity, looks like it says “Monsters are real” pic.twitter.com/mLdLJydyEg

As previous leaks have indicated, Raven Software has seemingly been building towards a mega event with larger-than-life monsters like King Kong and Godzilla. Now it seems almost certain that these iconic figures will make their debut in Season 3.

Days after the first Season 3 teaser, another brief clip was spread across social media. This time, new guns and mysterious weapon blueprints were on display.

“This fight is beyond the scope of any of our conventional munitions,” a narrator explained. Once again leaning into the Godzilla speculation, it appears standard rounds are no longer up to snuff in Caldera.

Instead, players could be set to wield a new form of ammo, perhaps akin to the Nebula V rounds from earlier updates.

Various guns on display can be seen glowing bright green or blue, with the latter showing scales no different from what you’d expect on a giant reptile.

While we’re yet to hear of any new POIs joining Caldera in Season 3, we do know for certain that existing areas are in store for various changes.

“Some really cool stuff” is planned for the controversial Peak POI in particular, as Senior Creative Director Ted Timmins teased earlier this month.

Peak has long been a controversial drop spot due to its elevation over the rest of Caldera.

Although no specific details were shared at the time, he confirmed “the first real inroads” at adjusting Caldera’s pacing will come into effect during Season 3. This could mean anything from subtle terrain changes to a drastic overhaul of the entire area.

We’ll have to wait and see exactly what’s to come of Peak in Season 3, along with any other POIs currently under the microscope.

As always, a new seasonal update means a big shakeup to the Warzone meta. Season 3 is no different, and while it’s still early days yet, we already know for certain that Snipers are being addressed in the upcoming patch.

“We do plan a meta shift for Snipers in Season 3,” Timmins confirmed during a recent interview with the Baka Bros.

Snipers are finally being addressed in the Warzone Season 3 patch.

“I think we would all agree it’s long overdue,” he said. “The Sniper meta hasn’t changed in what feels like forever, so I feel really good about where we’re going with that.”

This indicates various Sniper-specific nerfs are currently in the pipeline. Exactly what those look like and how severe they are, we’ll have to wait and see.

One of the earliest details we learned about Warzone’s Season 3 update had to do with audio. Ever since Caldera came into the mix, players have been voicing their frustrations with the game’s sound.

Footstep audio in particular has been a big gripe. While Raven Software is yet to confirm any plans, CharlieIntel implied back in February that this issue will be resolved come Season 3.

“Adjustments for directional footstep audio in Warzone is currently planned for Season 3,” the account shared.

So it’s safe to expect some improvements, though there’s no telling if this upgrade will be included on day one, or later down the line in the next season.

An early menu pop-up appears to be slipping through the cracks in various regions, teasing various new content for the upcoming season.

Based on a translation of the German promo above, we can clearly see that four new Prestige levels, a new Assault Rifle Blueprint, along with fresh seasonal challenges are all locked in.

While a major Prestige system overhaul is indeed being worked on, it doesn’t appear to be ready just yet. These new Prestige levels are seemingly more of the same with Warzone’s current experience system.

With the Warzone Pacific Season 3 update just days away, new details are sure to be popping up in the near future. Rest assured, we’ll keep you posted on all the latest right here.