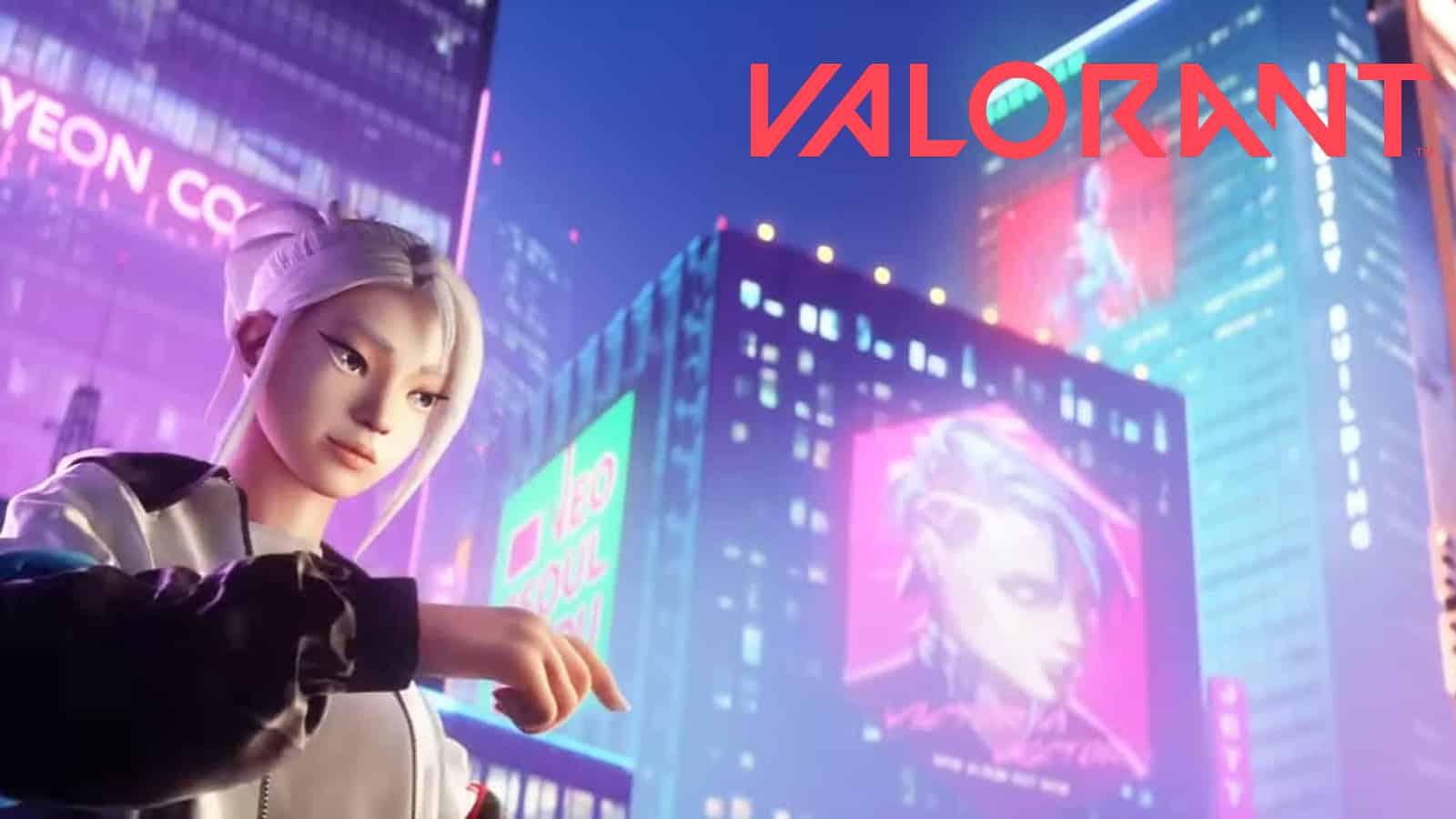 While Valorant Agent 20 is yet to be officially revealed, early teasers and reported leaks have already appeared online. Here’s everything we know about the new character, supposedly called ‘Fade,’ coming soon to Riot’s tactical shooter.

As Riot Games’ flagship FPS, Valorant, continues to blossom and expand its Agent roster, all eyes are on the future additions to the ongoing battle between Earth and its mysterious mirror companion, Earth 2.

With feisty speed demon Neon being the last character to enter the fray, players are already speculating as to who’s next on the list. This will be the 19th playable character in Valorant, but is officially Agent 20 – as Agent 8 is a mystery.

So, here’s everything we know about Valorant’s next Agent; from the current rumors to a possible release date.

Before heading forward, you should note that there is quite a long-running mystery about Agent 8. Having been a part of the plans for the game’s initial release, the Agent hasn’t managed to see the day of light yet. Nevertheless, Riot has ensured to keep the eighth slot open without addressing it any further.

This has caused quite a bit of confusion in the numbering of pre-existing as well as upcoming Agents. For example, despite being the eighteenth Agent in the game, Neon’s Agent number according to Riot is 19. Similarly, it is highly expected that the upcoming nineteenth Agent could very well be Agent 20 according to Riot.

Following a fun-filled, colorful music video based around Korean Duelist and queen of the tempest, Jett, many began speculating that there’s a teaser for Valorant’s nineteenth Agent.

As the sassy speedster tears through the city’s neon-bathed streets, we see her run past an advert promoting a musician called “Victoria Vector,” a blue-haired cyberpunk character that looks as though she just walked out of CD Projekt Red’s Cyberpunk 2077.

Renowned lore enthusiast Cynprel was quick to do some digging, noting that “a quick Google search returns nothing on ‘Victoria Vector.’” For many, the ad appears to be a hint at the next Agent we’ll see take to Future Earth.

This ad appears multiple times in the Jett M/V. A quick Google search returns nothing on “Victoria Vector”

Victoria also appears on the Undercity skin bundle, whose 3D style encapsulates this colorful city in cosmetic form. This implies that, even if Victoria doesn’t make it into the game as a playable character, she may still be pivotal to the Valorant storyline.

In a ‘State of the Agents‘ developer update on March 28 there wasn’t a whole lot included on the identity of the next agent, but we did get a few key clues.

The most obvious was the line “Herkesin bir korkusu var” at the very end, which is Turkish for “everyone has a fear.” This means the next Valorant Agent could very well hail from Turkey.

Just hours after the March 28 blog post and undeniably the biggest leak yet spread across social media. A full list of reported abilities hit the internet and you can find the full breakdown below.

A few weeks after the leak, on April 12, Valorant tweeted a short video depicting Cypher trapped by dark tendrils of fear, possibly a representation of the ‘Seize’ ability depicted in the March 28 leak.

Apart from the leaks that have surfaced so far, there are various audio cues that can be heard while exploring the Range.

Based on the sounds that can be heard, as well as the physical advertisements that have been found, it is very likely that the upcoming Agent will wield fear to their advantage. To top it all off, you can also see a strange shape appearing on the ground after interacting with the locked door in the Range.

This thing on the ground. Its not normal is it? pic.twitter.com/13hVGmFeHp

With the latest leaks came a supposed name for the upcoming Agent. Valorant’s next Initiator goes by the name of ‘Fade,’ according to ValorLeaks. A seemingly leaked description for the character is as follows:

“Bury your fears, or she will hunt them. Fade, Valorant’s new Turkish Agent, stalks her prey with equal parts terror and tactics. Go ahead, try to hide.

While it didn’t give us a ton of background info, the March State of the Agents report gave us a good idea about what this unknown character will bring to the table in terms of abilities.

Valorant Character Producer John Goscicki said that Riot devs have been toying with the idea of adding another Initiator like Sova.

“The notion of another Agent that revolves around the information gathering aspect of the tactical loop has, for a while, been top of mind for us,” Goscicki wrote. “This next Agent should give you a more… intimate feeling when hunting down enemies. Of course, there is our theme.”

We also saw a lot of references to “fear” in the update, along with the line in Turkish up above, Goscicki mentioned being “frightened” of giving away too many details as well. This could mean Agent 20 will utilize some sort of fear mechanic, but it’s too early to say for sure.

Following this official intel, a leaked screenshot may have revealed the full list of abilities for Agent 20. While there’s no telling for certain if this kit is accurate, below is a supposed look at what the next character brings to Valorant.

FIRE after equipping to send a creature out which will travel in a straight line looking for enemies AND/OR Trails. HOLD FIRE AND MOVE MOUSE to steer the creature in the direction you are facing. When the creature finds a trail or enemy, it will move toward them. Upon reaching the enemy, it will start a .5s cook time and then NEARSIGHT the closes enemy for 3s. Only one Creature can latch onto a TRAIL ever.

EQUIP an orb. FIRE to throw the orb. The orb will travel in the air a max time of ??.s until dropping to the ground. Upon hitting the ground it will stuck in place and begin to cook for .5s After .5s a zone will expand out to 7m and all enemies caught will be tethered to the center. Tethered enemies suffer 75 decay damage, are deafened, and cannot escape the zone by normal means for 5s. Can be reactivated in flighty to drop earlier.

This ability equips an orb. FIRE to throw the orb. The orb will travel in the air a max time of 1.5s until dropping to the ground. Once it hits the ground, it raises back up and turns into an Eye that can be destroyed. If thae Eye sees opponents, it will REVEAL them and apply TRAIL debuff that lasts 12s. Can be reactivated in flight to drop the projectile earlier.

EQUIP this ability. FIRE to send out a wave of dar mist. If the mist comes in contact with an enemy, they will be TRAILED, DEAF, and DECAYED for 12s.

Looks like Riot is putting up physical advertisements for the new Agent in Turkey!

In the past a new Act has always meant a new map or Agent, but in the case of Valorant Episode 2 Act 4, this won’t be the case. However, fans have spotted physical advertisements from Riot for the upcoming Agent in Turkey. The advertisements read “Çok Yakında” which roughly translates to ‘very soon‘ or ‘very close‘.

Having said that, Riot have confirmed that there will be no new major content coming in the next Act, with the focus instead being on improving “the health of our game.”

Therefore, if we’re expecting to see Victoria in the future, she’ll likely accompany either Act 3 (although a map is probably more likely), or the next Episode launch.

So that’s everything we know so far about Valorant Agent 20! Looking to dominate the competition? Be sure to check out our other Valorant guides:

Best Valorant Agents | Best Sentinels | Best Duelists | Best Initiators | Best Controllers |What is the Night Market? | How to get Gun Buddies | What is Econ Rating? | How to get free loot drops | Is Valorant on Mac? | How many people play Valorant? | When is Valorant on Mobile coming out?

The post Everything we know about Valorant Agent 20: Fade abilities, leaks, more appeared first on Dexerto.