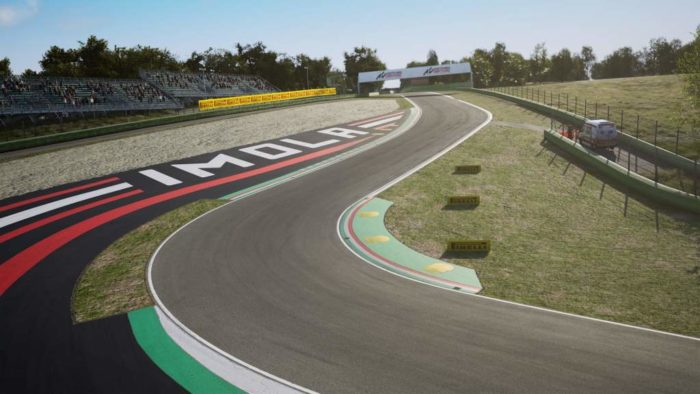 Electronic Arts and Codemasters just added Imola to F1 2021 with its latest update. This Italian track was the host of the Emilia Romagna Grand Prix and has actually not appeared in an F1 game since 2013. The reason behind its long absence has been attributed to its non-inclusion in the real-life F1 calendar. It has been absent since 2006 and only returned as part of the circuits in 2020.

As an added treat for F1 2021 fans, the devs also included Red Bull’s one-off Turkish Grand Prix livery for a limited time. This new livery was reportedly designed “to celebrate the team’s race-winning partnership with power unit supplier Honda.” “We are thrilled that Red Bull chose F1 2021 to help reveal their bespoke Turkish Grand Prix livery,” said Codemasters Senior Franchise Director Paul Jeal. “Our studio prides itself on creating the most authentic experience possible, and these special touches reinforces how closely the game is embedded into the world of Formula 1.”

The livery was reportedly originally meant for the Japanese Grand Prix. However, when this was cancelled, it was replaced by the race in Istanbul, instead. The white livery is actually inspired by the Honda RA 272, which is the car that Richie Ginther used when he scored his very first win for Honda. The special Honda livery will only be available in F1 2021 until November 15th.

With the rollout of this recent F1 2021 update, there were also some bug fixes and minor adjustments to the kerbs in China, Monza, and Bahrain—the kind of minute details that only long-time F1 players would probably notice.

F1 2021’s Imola is the second of three free updates that the game is expected to gate. Portimao, the first update, was launched in September and is ready for downloading now. Considering that Imola is a pretty narrow affair, the devs have warned players that they might want to save any overtaking strategies for the single DRS zone.

“Last month’s response to Portimao was overwhelmingly positive,” Jeal added. “We know our players are going to love racing at Imola.”