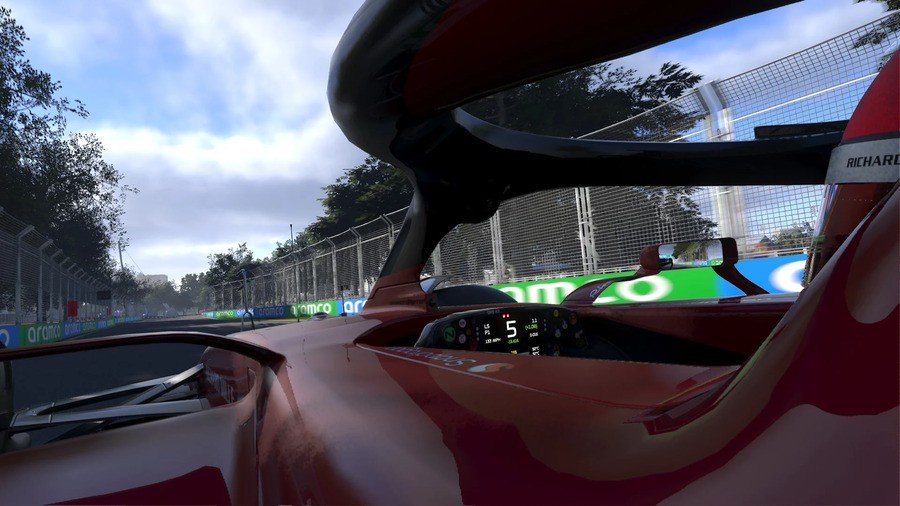 F1 22 is now out in the wild on Xbox platforms, including Series X|S of course. We went hands-on with the Xbox Series X version in our review, where we found another solid entry in the series from long-time developer Codemasters. However, it’s nice to see that the Series S version is stacked with next-gen features too.

The tech experts at Digital Foundry have gone hands on with F1 22, looking at all the console versions and how they stack up against PC. Both Xbox versions feature ray tracing throughout the game’s menus, replay clips and such. Both consoles even contain RT reflections in the pre-race cockpit view, something weirdly missing on PS5 (assumedly a bug).

So, with ray tracing firmly in place on Xbox Series S, how about resolution and performance? Well, the game runs at a solid 60fps throughout on Xbox’s digital-only console, with a 120Hz mode reserved for PS5 and Xbox Series X only.

However, DF says that it’s “remarkable” how similar Xbox Series S looks compared to its Series X counterpart, with pure pixel count being the only obvious graphical difference (1080p vs. 4K). All in all, F1 22 seems to have turned out really well on Xbox Series S! If you fancy a whirl, remember, a 10-hour EA Play trial is available for the title as part of Xbox Game Pass Ultimate.

Will you be trying this one on Xbox Series S? Impressed by its features? Let us know down below!