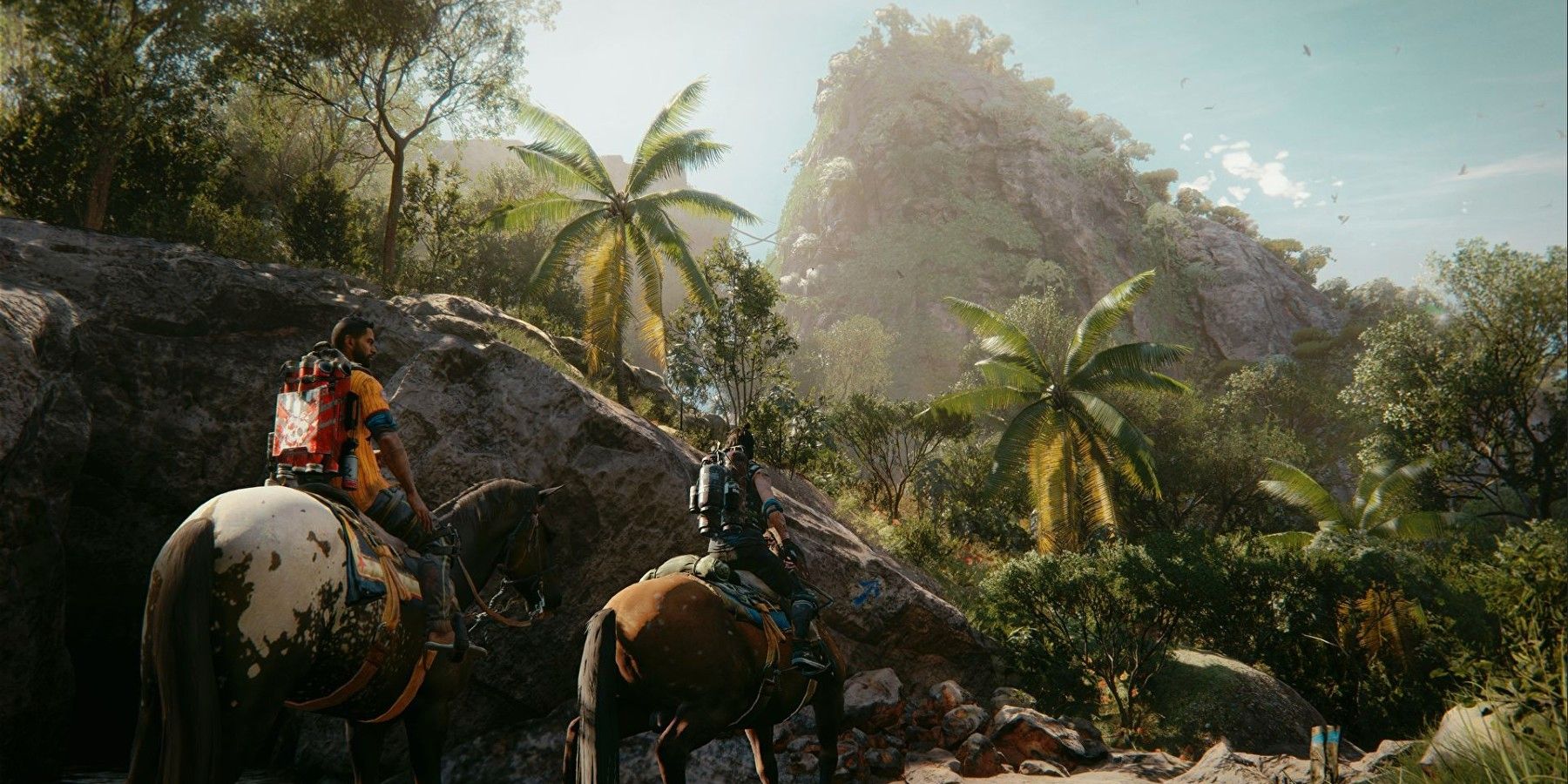 Three years after the release of the last game, Far Cry 6 has finally reached fans and puts players in a whole new environment to explore. There are plenty of interesting things to do in Far Cry 6, especially when it comes to the species that inhabit the island.

One thing players can do is hunt down the five mythical animals that are spread out across the map in Far Cry 6. These animals are a lot stronger than the typical wildlife players will come across in the game and are going to require some heavy-duty firepower.

Hunting the mythical animals is essential for completing the “Ultimate Predator” achievement and eventually getting the Platinum trophy for the game. So for Far Cry 6 fans looking to complete the game fully, here are the locations for all of the mythical creatures.

The Mamutito is a super aggressive wild hog creature that roams the northern region of Isla Santuario, specifically in Vencejo. It will be in the top right corner of Vencejo in a little a stone cave.

Players can also harvest the tusks for unique gear and trade its meat for Industrial Circuits.

Players can get a two-for-one special for these since they are both different kinds of wolves that hunt in the same pack. Both mythical animals can be found in Madrugada, specifically in the Aguas Lindas region. They will specifically by towards the center of the map towards the bottom of Ida’s refuge.

Both the pelts and meat should be collected to trade for unique gear and industrial circuits. It is recommended that players be at least Rank 15 before entering this zone.

The Venondiente is a powerful crocodile in Far Cry 6 that lurks in the Valle Do Oro area, specifically in the Balaceras region. It will be towards the southwestern corner of the map, right next to the Cocodrilo Swamps.

The leather and meat should be gathered to trade for industrial circuits and some powerful gear in Far Cry 6. Gamers need to be at least Rank 13 before searching for this creature.

The Sanguinario is a ferocious Jaguar creature that only comes out at night. It can be found in the El Este region, specifically the Sierra Perdida section of the map. It will be towards the bottom of the map near Promised Peaks.

It is important to note that Sanguinario sometimes doesn’t spawn, so keep coming back at night until it does. In addition, players should gather both its pelt and meat for gear and industrial circuits.