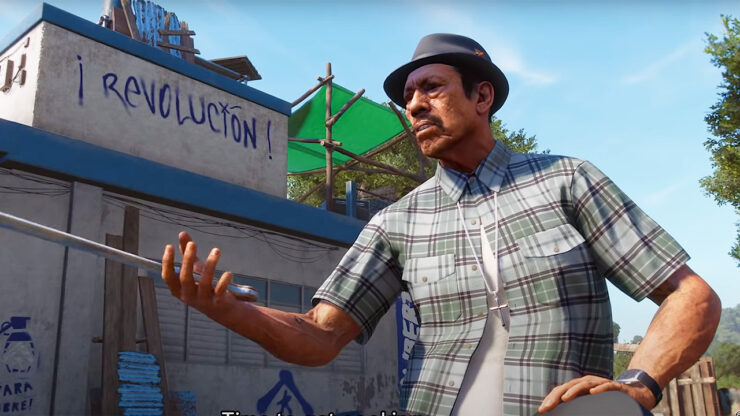 Get ready for more action Far Cry fans, because Ubisoft Toronto has released some new content to keep you gunning through the holidays. On the free content front, we have new Far Cry 6 missions featuring Machete himself, Danny Trejo. You can check out Trejo in action, below.

Here’s a bit more detail on the machete-swinging missions:

Today also marks the release of Far Cry 3: Blood Dragon Classic Edition. This is a pretty straightforward port of the 2013 game, so don’t expect a lot of extra bells and whistles (apparently, it still runs at 30fps). Still, it’s a convenient new way to enjoy the game for those who don’t feel like digging out their old discs and consoles. Blood Dragon Classic Edition is part of Far Cry 6’s $40 Season Pass or can be purchased a la carte for $15. Here’s a bit of a refresher for those who didn’t play the game the first time around…

In Far Cry 3: Blood Dragon, players jump in a 1980s-style, retro-futuristic open-world in which Earth has been ravaged by a nuclear war. As Sergeant Rex Colt, a state-of-the-art Mark IV Cyber Commando, players take on the mission to save humanity from the threat of an army of rampaging killer cyborgs, mutated scientists, metal sharks and vicious Blood Dragons that shoot lasers from their eyes.

Far Cry 6 is out now on PC, Xbox One, Xbox Series X/S, PS4, PS5, Stadia, and Luna. Far Cry 3: Blood Dragon Classic Edition is available on Xbox One, Xbox Series X/S, and PS4 – Ubisoft PR claims a PS5 version is also being offered, but it’s not currently available through the PlayStation Store. Season Pass owners on PC will simply get a copy of the original version of Blood Dragon.