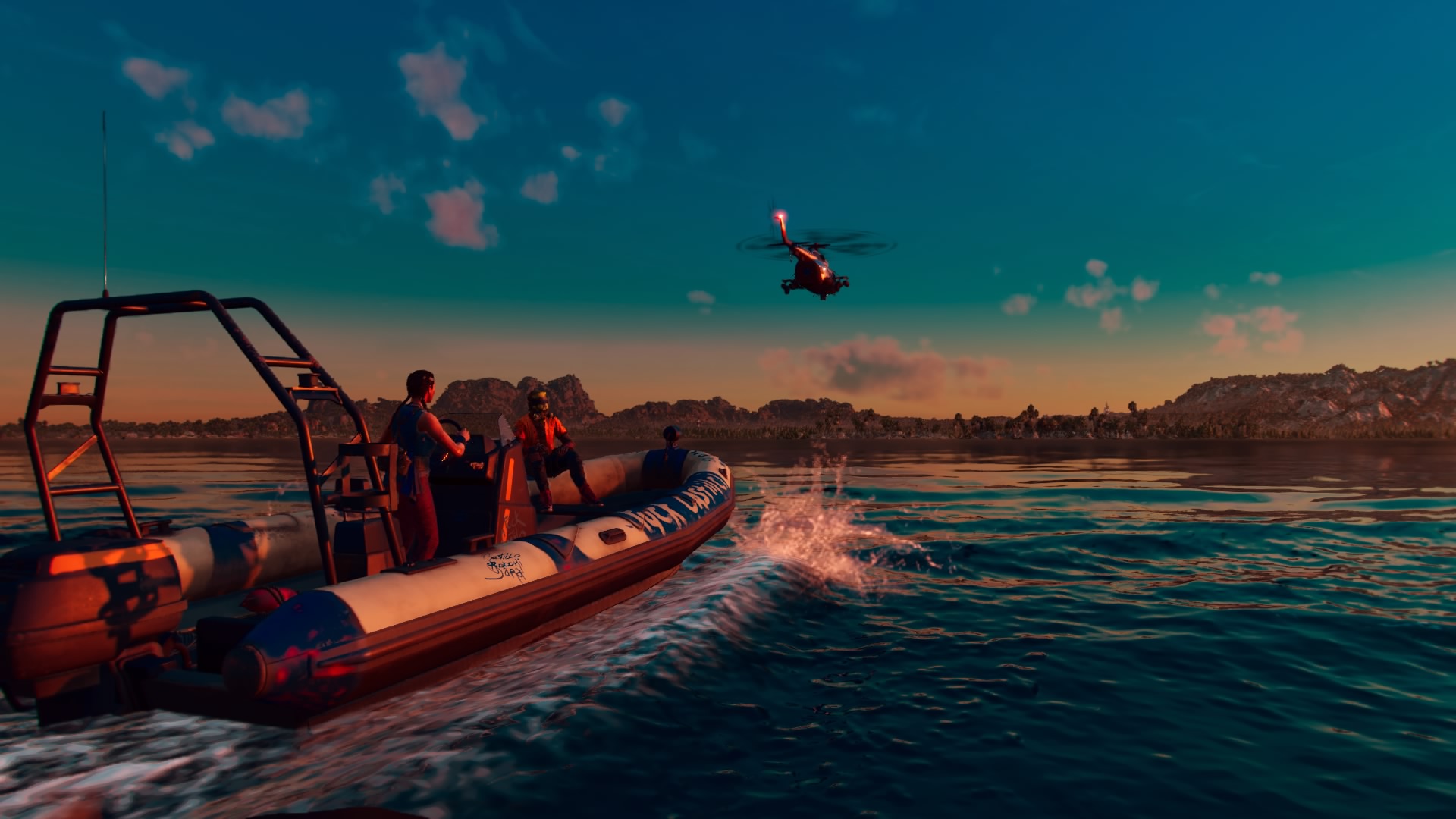 Far Cry 6 starts off strong with an amazing prologue and remains a fun game until the end, but there are a lot of issues I had with it.
However, let’s start with some positives of this game; it’s a really fun game with a great setting, and you can get a Crocodile Pet.

Yara is an amazing place with great landscapes. 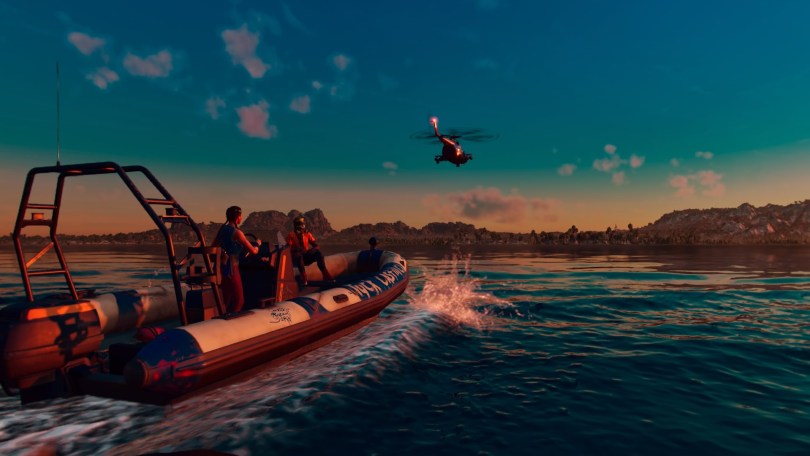 Farr Cry 6 is set in Yara, where a revolution is taking place, and Yara is beautiful. It is filled with nature and a bit of life throughout, and the Map is quite big. I had to use Fast Travel very often. You can really appreciate these landscapes while riding on a horse or driving a boat. On top of that, there’s this incredible Photo Mode in Far Cry 6, but sadly, there were a few issues that were probably due to the PlayStation 4 Hardware. Texture Pop-Ins became quite noticeable sometimes while travelling on a vehicle.

Yara is filled with FND bases which are controlled by Anton Castillo’s Soldiers. You can visit FND secret bases by killing their special commanders in bases and getting a key which will help you get some parts and new types of weapons. You can use your phone camera to scout enemy bases and tag soldiers, which will reveal their weaknesses.

Horses feel better to ride than vehicles for some reason in Far Cry 6. Checkpoints, aka areas captured by FND, can destroy the tires of your vehicle; that’s another reason why I prefer horses.

Another thing great about Far Cry 6 were the cutscenes and the amazing acting performances by nearly the entire cast, especially Giancarlo Esposito.
However, the character models looked kind of bad sometimes, but I am assuming that it was because of the lighting since the game has dynamic weather. 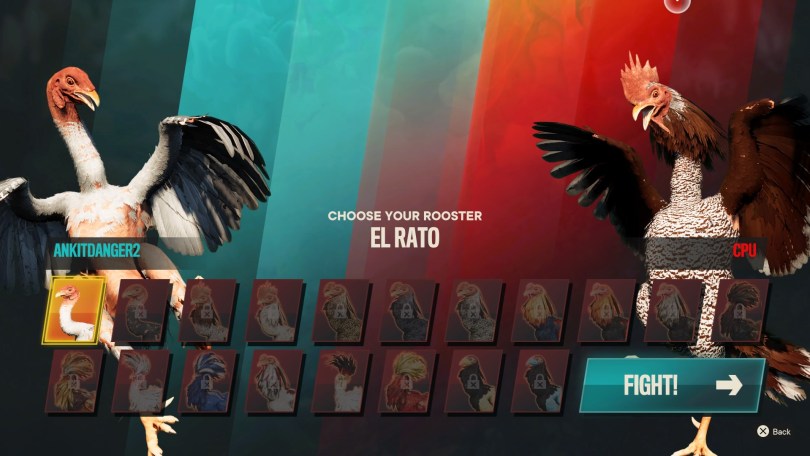 The Story of Far Cry 6 is quite mediocre due to its inconsistency. I mean, the characters are interesting, and all but the missions just feel repetitive. It’s like you are doing the same thing again and again but for different people. I wanna explain this in a way where I can avoid talking about Spoilers, so the thing is that you are fighting for Libertad, who are going to lead a revolution to get rid of Anton Castillo, but you have to get a lot of people together so you will have to do tons and tons of things to get them on your side and the missions for that feel quite repetitive but the Boss Fights are cool, and the brutal cutscenes are amazing it’s just that the Story could have been shorter and way better.
I like how characters keep talking to each other when navigating to places makes the story way better.
For some reason, the secret ending, which I am not going to spoil, feels way better than doing all of these missions, which feel like a chore.
However, they got some great Side Content this time, like Cockfights which basically turns into a fighting game where you play as a Rooster and fight other Roosters, but most of the other Side Content is just the same stuff over and over again.
Another thing to appreciate about this game is the customisation options for weapons and vehicles.

Ubisoft has managed to get great graphics for Far Cry 6; even on Last-Gen Consoles, you can check out some gameplay for the PlayStation 4 version of Far Cry 6 in the video above.
There are great visuals in Far Cry 6, but there are only a few details to notice; for example, reflecting car mirrors would have been nice, but there isn’t much stuff like that.

A lot of annoying Bugs 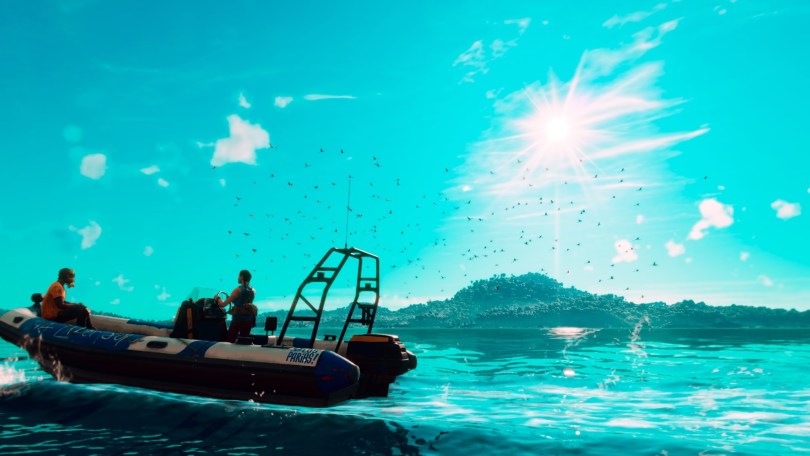 I experienced a lot of annoying Bugs during my playthrough of Far Cry 6; one time, I lost all my progress because somehow the game saved at a point where I died, and whenever I loaded the save, it just kept killing me, again and again, you can view the footage of that bug in the video below

I had to start the game from the beginning, and I lost around 2-3 hours of my progress. I hope that this bug is fixed by the time you play this game.
I also experienced a Bug where it kept restarting the mission, but it got fixed by restarting the game, and another thing is that the AI in this game is very dumb; sometimes I kept shooting them, and it still would not detect me, and on top of that I was playing on the Action Mode which is supposed to be harder.
It also makes the stealth non-existent because the enemies don’t detect you; the only time I usually got detected was accidentally going through a way where they have a camera.

Far Cry 6 is filled with wasted potential due to bugs and the inconsistent excessively long story., but if you are a hardcore Far Cry Fan, I would recommend you to buy this game, but if you do not like previous Far Cry games or haven’t played them, I would not recommend you to buy it now I would suggest you to wait for a sale or something like that but if Ubisoft fixes most of the annoying bugs I experienced during this game it would have been a way better experience I really got angry when I lost my progress of 3 hours, but hey at least you can skip the cutscenes a lot of games on the last-gen did not offer that.