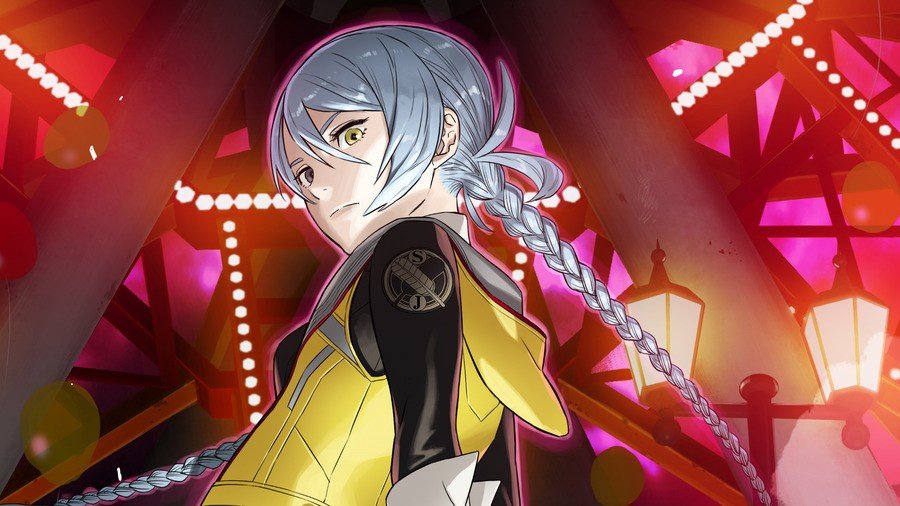 As we approach the summer release of AI: The Somnium Files – nirvanA Initiative, we’ve been introduced to a new protagonist, new gameplay elements, and a brand new mystery. The blend of character interaction and unusual detective elements from the predecessor look like they’ll be amped up to eleven in the follow-up, which sees Kaname Date’s (the protagonist of the first AI: The Somnium Files) adoptive daughter Mizuki share the spotlight with newcomer Ryuki.

After the original game’s excellently-written puzzles and deviously twisting narrative — which combined brain-teasing, humour, horror, and tears — the sequel looks to ramp up this by having two protagonists. Both Mizuki and Ryuki will have to learn to grasp new skills and technology to help solve the case, such as “Virtual Reality” (Without headsets, we assume), which brings fresh elements to the murder mystery-solving gameplay we know and love from the first game.

Taking over as the sequel’s director from the renowned Kotaro Uchikoshi is Akira Okada, who came up with many of the first game’s puzzles and worked closely alongside Uchikoshi. After first collaborating with the writer on Zero Time Dilemma — third entry in the Zero Escape series — it’s clear that Okada has a knack for mind-bending puzzles and making sure those complicated and intricate narratives weave into the gameplay.

We had the chance to speak to Akira Okada to find out just how nirvanA Initiative improves and innovates on the sequel, what dual protagonists mean for the gameplay, and just whether we get the chance to use Mizuki’s pipe ourselves. We can dream.

Nintendo Life: You’ve stepped up as lead director for the sequel. Have you had to change your approach to the gameplay as a result?

Akira Okada: Basically, I don’t think my approach has changed much.

I wanted to create a more evolved sequel without losing the core of the previous work, so I supervised and polished every detail until I felt it was ready. I closely monitored not only the feel of the game, but also the production.

However, since I had more decision-making power than before, I put a lot of things I want into the game. The planning team came up with ideas, and the staff members discussed and decided on various things, some of which made me think, “I don’t know what it is, but I like it, let’s put it in!” I also included a variety of things I thought would be quality of life improvements. I enjoy things that have nothing to do with the main story and even I don’t fully understand. I hope everyone will like it and find it interesting, because the game is full of details.

AI2 features two playable protagonists, Mizuki and Ryuki, as opposed to the first game’s one. Was it difficult to work with two characters and ensure their different personalities were reflected in the gameplay?

In the scenario created by Uchikoshi-san, the personalities of the two main characters are bursting with differences, but we were sure to not have the experience be too stressful.
In addition, I thought the complexity of the scenario was already crazy enough, so I felt it would be overkill to create major differences in their playstyles. I tried to avoid creating odd differences between Ryuki and Mizuki, so that they felt cohesive, played smoothly, and we could immerse ourselves in the story.

However, after playing the game, you will probably have a different impression.

What feedback did you take from fans of the first game, and how did it change your approach to the Investigation and Somnium segments?

After the release of the last game, I was name-searching like a maniac, at work and at home, and I took the liberty of collecting the opinions of fans. I was grateful for the many opinions and feedback. If you are reading this, maybe even your feedback will be reflected in the game.
For the Investigation part, it was already simple and complete from the first game, so little has changed in regards to appearance. However, we have made many minor adjustments.

One major improvement in terms of direction was the introduction of motion capture. The action in the previous game was stiff, so taking the character animations to the next level was a real challenge.

Motion capture was the only way to make Mizuki, a powerful character, look good in motion. I think it was very difficult for the motion capture actors to play that superhuman. But as a result, we were able to create many scenes that are fun to watch.

On the other hand, the Somnium parts were improved in a number of ways.

Many people commented that there were not enough hints and that the game was too random. When I saw that, I couldn’t help but cry because I sympathized with them so much. After the sobbing subsided, we devised a system called “Keys” in which the number of clues would keep increasing. The more you investigate the Somnium world, the more clues you would get and the easier it becomes to explore.

Also, people often commented that there was not enough time and that it was too difficult, and I shared their opinion, so I went back to the past to scold myself from three years ago. I was rebuked, and after returning to the present day, I asked the programmer to create difficulty level settings. As with the previous game, you can play with a focus on the scenario.

Another comment was that they wanted to be able to explore freely without time limits, to which I nodded strongly in complete agreement (as I later found out, I had a broken neck at the time). I had to rush to work, so with my neck bent at a right angle, I wrote up the specifications for an “unlimited Psync” in which a Somnium, once cleared, could be played without a time limit. After a bit of ego-boosting, I called an ambulance.

We also added a navigation function because the map was confusing, added a “Lock Info” screen that records hints, and made many other minor functional modifications.

How do the two new Investigation gameplay elements, “Virtual Reality” and “Wink Psync”, change up gameplay, and are these unique to Mizuki and Ryuki, respectively?

Both Mizuki and Ryuki can use them.

I think the “Virtual Reality” offers a new style of deduction that is unique to this game. The game world has expanded compared to the previous game, and you can use Aiba’s and Tama’s special vision modes freely in the virtual reality space and move around in it. The world seen through X-rays and the world seen with thermal imaging are as different as they can be. A case is always multifaceted. Clues are hidden in the most unexpected places, and I want people to be immersed in the fun of discovering them.

“Wink Psync” is a feature that allows you to delve deeper into the personalities of the characters. Like cases, people are multifaceted. Their likes, their anxieties, are they lying…?Wouldn’t you like to take a peek inside their heads to see their true nature? It would be terrible this were real…(laughing)
I think that by learning more about the fascinating characters that Uchikoshi-san creates, we will come to like them even more.

The Somnium sequences were the first game’s most unique feature, how have these been improved for the sequel?

Although I mentioned system-related improvements above, there are actually many more improvements of all kinds.

What I was most conscious of when designing Somnia was the “individuality” of the Psync subject. In the previous game I would sometimes wonder, “Is this really the right way to beat this character’s Somnium?” I was left with several questions in my mind.

I did like the excessive punching and tackling commands…it showed the irrationality of dreams perfectly. (laughs)

In this game, we made sure the strategy would align with the personality of the Psync subject. It was not an easy task to balance the character’s personality versus playability, and it took a long time. I felt like I was Psyncing with the characters and looking inside their heads.

Perhaps it was because of this persistence that we were able to create a rich variety of spaces, effects, and gimmicks that give a unique impression in each stage of the game.

Conscious anti-bodies look like they will up the ante and pressure during Somnium sequences. What influenced your decision to add more time pressure to the already-ticking clock of the Somnium?

This also came from the idea of paying attention to the individual personality of the Psync subject.
Everyone has something they never want you to find out, don’t they?

I thought it was too convenient, even for a game, to be able to break in and get a glimpse of that without any resistance. There has to be a certain amount of “hostility” involved.

But don’t worry, it is only a minor element in Somnia. Those levels shouldn’t be impossible to complete within a time limit because of all the instant deaths. But you should avoid them and not get close, so you still have to be careful.

Will we be seeing the return of Interrogations and Quick Time Events? And if so, can you give us any hints as to whether these are different depending on whether you’re playing as Mizuki or Ryuki?

Mizuki and Ryuki have slightly different fighting styles. Mizuki swings her iron pipe with full power and fires her Evolver (Mizuki’s custom version). On the other hand, Ryuki is very light on his feet and uses the terrain to fight in a nimble and acrobatic manner. Gameplay wise, we tried to make them play similarly, and both should be satisfyingly action-packed.

As for the interrogation…you will have to actually play the game to see that.

This is something we’re sure everyone will want to know – will we get to use Mizuki’s pipe combat prowess skills at all?

Sorry, I definitely would have included that if I caught it when name-searching! I must have missed it. (Maybe it was a comment made while I was still in a daze just before calling for an ambulance.)
Although the player cannot freely wield the iron pipe in the game, Mizuki handles it with inhuman power and speed on the player’s behalf. Many of her scenes will make you wince.

In fact, you may even be glad that you don’t have to input commands with the same reaction speed as Mizuki. That’s how exhilarating and fun the action scenes are to watch, so stay tuned!

Thank you to Mr. Okada for taking the time to speak to us! AI The Somnium Files – nirvanA Initiative releases on 24th June on Switch.