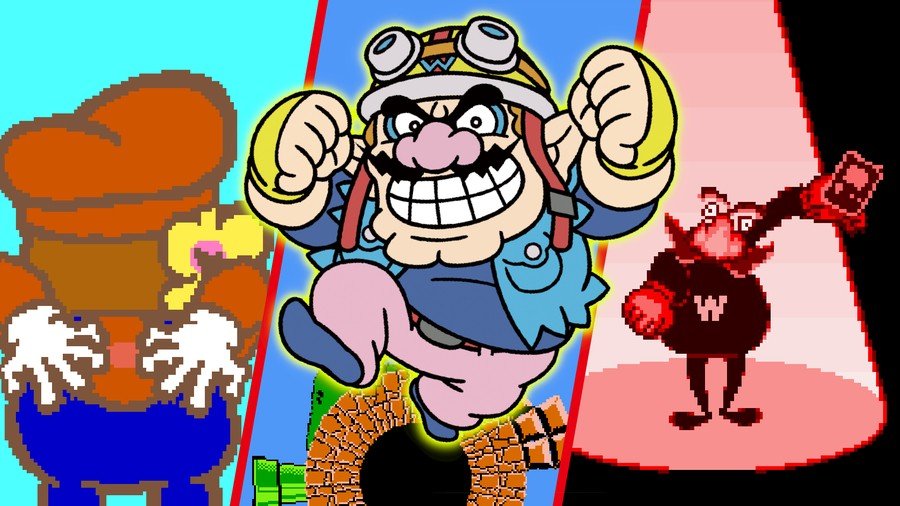 With the latest in Nintendo’s utterly bonkers WarioWare series – WarioWare: Get It Together! — recently hitting shelves, we thought it seemed like a ripe old time to have a look back across the entire series and pick out the 25 very best Microgames of the whole thousand-odd we’ve seen so far.

Naturally, we haven’t included any of our own games from WarioWare: D.I.Y, as that would be cheating – obviously our own efforts are far superior to those of Nintendo’s team. There’s nothing from WarioWare Snapped!, either, because it’s a bit rubbish by comparison. Every other entry, though, is accounted for. No, not the Nintendo 64DD Mario Artist: Polygon Studio “Sound Bomber” prototype, clever clogs.

Anyway, without further ado, grab your garlic and tuck into the cream of the Microgame crop. Waaaaahhh!!!

A hilarious game that sees you using your Wii Remote as nail clippers only to reveal the hand whose fingernails you are trimming is part of an enormously long arm. Chuckle-worthy visual ingenuity from one of Nintendo’s most creative and aesthetically diverse series. Level 3 is cutting toenails, natch.

For a game focused on, well, twisting your GBA, it’s somewhat surprising how compelling the Kat & Ana-hosted single-button stage actually is. Among many Microgames that require nothing more than taps of the ‘A’ button, this pink bear’s attempt to join a Mexican wave is the funniest and silliest. Huh! Huh! Huh! Hroo?

Source: WarioWare: Get It Together! (Switch)

Taking control of your chosen character, you’ve got to manipulate a hanging pocket watch to put an enormous background Wario to sleep. Iconography everyone recognises, a sensible input and arresting visuals make this one of the best Microgames in the fairly homogenous (by necessity) Get It Together.

Source: WarioWare: Get It Together! (Switch)

We picked this one simply because it reminded us of Nintendo Badge Arcade, specifically the absolutely ludicrous number of “goes” we found ourselves buying on it. Those badges were just cool as the dickens, and we can only hope that it’ll come back in some form.

Wario once again eats himself as you’re thrusted into a take on divisive Game Boy Color explore-’em-up Wario Land 3, seeing you take control of Wario himself as he float upwards in a bubble in order to grab one of the game’s elusive Music Coins. A smart use of WarioWare Gold’s tilt mechanics and a fun blast from the past.

20. You Can Pick Your Friends…

The series has an overt fascination with nose picking, but never has it been more tactile than here — brandishing the Wii Remote as though it were your own digit, you must powerfully thrust it into the giant on-screen nose via a nostril. Schnozz-tastic, and almost as satisfying as picking your own nose.

Wait, that’s disgusting. Can we remove this bit? [Nope – Ed]

Possibly the purest of all WarioWare Microgames, simply seeing you tap ‘A’ rhythmically to hop over the skipping rope as it swings. Higher difficulties see you take on the form of a bizarre platypus-like creature that jumps much lower, followed by a Moai statue head (think Gradius) that jumps about as well as you’d expect one to.

In which Wario commits tax evasion by forcing the door shut when the little man from the Inland Revenue comes ’round to visit. All you do is mash ‘A’, of course, but this one does a lot with a little. Namely, making you think about Wario’s tax record. Which one can only assume is quite bad.

You’ve been energetically flinging yourself around the room trying to conquer the mighty WarioWare Twisted only to reveal a single fragile egg and the command “Don’t move!”. Indeed, a single motion will result in the egg falling over and cracking, failing the game. And it’s in this subversion that WarioWare once again reveals its genius.