Rumours abound that Game Boy games are finally coming to Nintendo Switch Online and we’ve been busy daydreaming about all the classic games we might be able to play again — and all the ones we won’t too. The record-shattering dominance of Nintendo’s legendary Game Boy line of handhelds allowed developers' imaginations to run riot, concocting strange new ideas… and equally odd cartridges to go with them.

Here is a small selection of Game Boy, Game Boy Color, and Game Boy Advance games that at the very least would lose something essential or special if they were ported to Switch, and a couple that would be literally unemulatable… 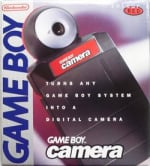 Released at a time when high-end consumer digital cameras might offer floppy discs as a storage medium it’s easy to see why this swivel-headed and affordable alternative made such an impact — for a lot of us this was as close as we could hope to get to digital photography.

Even though it’s been left in the technological dust by almost every single camera phone ever created, it remains a worthwhile tool precisely because Nintendo’s camera, like the Game Boy itself, always cared more about creativity than raw power. Every oddball menu and fun feature encourages players to put Pikachu stickers next to a family pet, animate a roped-in relative, or become the star of a mini-game — this focus on enjoyment is what makes the cart so special, always remembering it's a Game Boy Camera, not a camera on the Game Boy.

This Pokémon-like adventure may have stood alone on its US release (preventing players from Catching ‘Em All the way Japanese fans could), but it still came on the same oddly shaped and feature packed cartridge as its better supported import original.

Built straight into the cart was a small IR receiver, allowing users to zap the game with a TV remote to boost their Robopon’s stats, as well as a battery-powered internal clock and speaker. The game used the latter two to keep track of time and beep away when something special was happening in the game or a lengthy task had been completed by an NPC — even when the Game Boy was turned off. Even when the Game Boy itself had no batteries inside it.

This feature made the game feel alive in a way few others do, as if the world within was something that carried on even when nobody was watching. 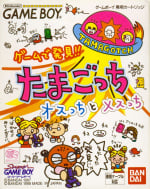 An evolved and pleasantly blue version of Robopon’s augmented cart allowed this Japan-only Tamagotchi title to keep up with the ever-increasing complexity of the handheld toys it was based on.

Stretched to about a regular cart-and-a-half high, the physical extras here included another easily accessed battery and speaker set with one blessed new feature — an on/off switch for the sound. Now if someone wanted to receive constant alerts when their weird virtual pet was hungry or needed its effluence sluiced away, they could choose to, rather than being woken up by a demanding alien child in the middle of the night whether they wanted to or not. 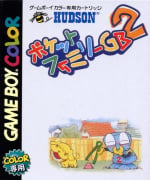 This is another variant of the battery/speaker combo used in the two games mentioned above (as well as this game’s prequel), and contained within a unique clear shell due to its Color-exclusive compatibility.

The main character here is a kindly robot trying to care for up to four families at once; weeding the grass, dishing out presents, and generally making sure everyone's happy and comfortable. Unlike many games of this type, the aim isn’t to preserve the status quo against ever-mounting odds but rather to watch these families grow up and grow old, with one real day equally a year in the game.

This time the beepy (and unsilenceable) speaker notifies players of unplanned special in-game events, enriching extra family scenes that can pop up at any time of the day or night. Pocket Family GB 2 also supports the Game Boy Printer, because a good Game Boy game can never have too many optional gadgets. 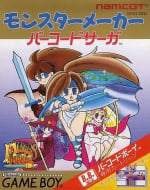 The cart itself is deceptively ordinary but we’re including this one because anyone who wanted to even get as far as the title screen would need to cover the top of their Game Boy with Namco[t]’s enormous Barcode Boy, a chunky e-Reader-alike that enabled users to swipe special cards through it to gain monsters and items, behaving very much like an upmarket and more polished version of the Barcode Battler that readers of a certain age may remember using when they were younger.

As with all the very best oddball ideas, there was little support for this game/accessory/card hybrid at the time and it now tends to be something people sigh wistfully at online rather than play for themselves.

Boktai: The Sun Is in Your Hand (GBA) 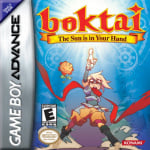 This Kojima-produced GBA title is perhaps one of the most famous enhanced Nintendo carts of all, using as it does a light sensor to allow Django’s weapons to absorb sunlight and help him fight back against the vampires plaguing his world.

While the game does provide a few virtual aids, it does expect its stealth-loving players to actually go outside in the daytime as much as possible, a brave and memorable decision that just can’t be replicated accurately without using a similar light-sensing accessory (or plain cheating).

Okay, bit of a curveball here, admittedly, but it definitely won't be coming to Nintendo Switch Online, will it?!

Much like its slightly better known Super Famicom relation, this was an official blank cart users could fill with multiple games at participating (Japanese) retailers for a lower than usual price. We can of course replicate the games — even the exclusive ones (the Game Boy Color version of Balloon Fight is a wonderful thing, and available on the Japanese 3DS eShop) — but the convenience of these days being able to download whatever, whenever, doesn’t quite replace the sensation of having one unique cart to take to the store and carefully choose to copy a new forever game on (and get a matching label sticker to go with it too).

It's like how getting a burger and chips delivered to your door via an app isn’t the same as piling into a fast food restaurant with friends, even if it is a lot quicker and easier to do.

It’s not all doom and gloom: With rumble feedback and gyro controls present in every Switch as standard there are more than a few extra-special carts that could make an authentic comeback — Kirby Tilt ‘n’ Tumble, WarioWare: Twisted!, and Pokémon Pinball spring to mind.

Which ones are you waiting for? And do you think any of the above could be tweaked to work on Switch? Let us know in the comments below.