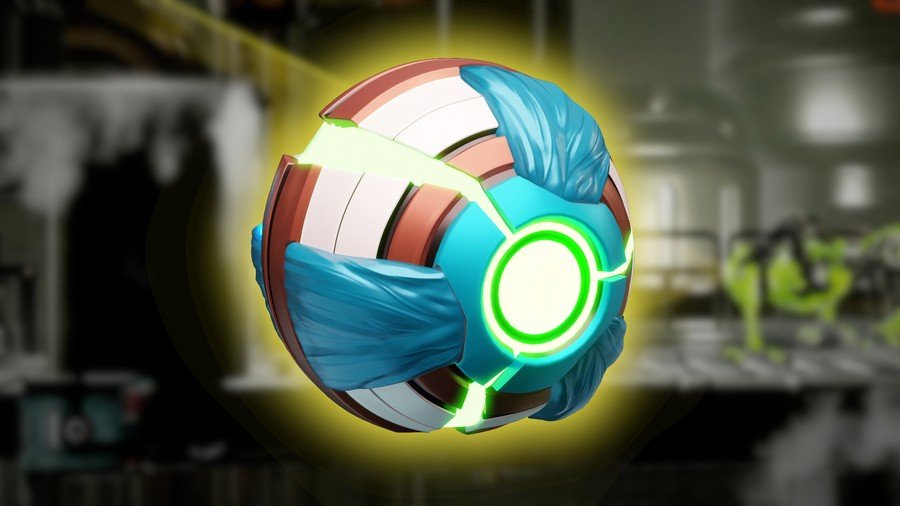 The Metroid series is now in its 35th year, and over that lengthy period of time Nintendo has happily elaborated on everything from its star’s childhood to flappy parent-killing nightmare Ridley, Metroids, Chozo, and even creepy Phazon-created evil clone. In short, virtually every avenue of lore you can think of has been explained, elaborated upon, over-elaborated on in a sequel, and then given a well-defined slot in the expansive Metroid canon.

All except for one. The exact workings of Samus’ Morph Ball ability — a staple of the series from the first few minutes of the first game — remain shrouded in mystery. Official information remains conspicuously absent on the finer details of this ubiquitous skill. “Collect this to give Samus the Morph Ball ability”, “Press this to make her roll into a ball” say the games no matter the format, as if such plain instruction could ever quench our thirst for sci-fi ball-related morphing knowledge.

How does it work? What happened to the poor souls who tested the prototypes? Which bird-brained scientist looked at that iconic armour and thought “You know what ability this massive missile-carrying power suit needs? To curl up into a teeny-tiny ball so it can roll wherever it likes.” And who on Earth (or SR-388, or Zebes, or wherever) looked that person in the eye and said “Yes, that’s a great idea and you definitely don’t need to go and have a little lie down”?

What does it feel like rolling around inside a metallic orange ball on the surface of an alien planet or submerged in lava anyway? Nintendo won’t say anything, so we’ve had to come up with a few theories on our own…

Channeling the spirit of Occam’s almighty Razor, we may assume that the simplest theory is the correct one: Samus is able to roll into a ball because her body is effectively pulped into a conveniently spherical shape for the duration of her inhuman revolutions, transforming into a sloshing mass of fluids and bone fragments that are then restored to their original state once she’s finished rolling thanks to Chozo technology — which is conveniently for us often indistinguishable from magic.

Her eyes and brain likely remain intact and gyroscopically stabilized for the duration of this activity, because how else is she going to see where she’s going? She’d emit a blood-curdling scream of unimaginable agony if she still had a mouth, but luckily for everyone involved she doesn’t.

This is the real reason why Nintendo never tell us everything, because if they did, Metroid fans the world over would have nightmares for years on end. It’s enough to make you wonder why she can’t just crawl.

We can only conclude that Samus has been converted into a form of pure energy, her mind and body attaining a singularly spherical state of sentience. We assume this lack of anything approaching a traditional body prevents her from feeling nauseous as she endlessly spins and boosts around the curved surfaces of Tallon IV (and elsewhere) while all balled up, although if she did somehow manage to bring up her not-lunch from her not-stomach via her not-mouth onto her not-self, could anyone tell?

Defenders of this theory point to an interesting philosophical state dubbed Schroedinger’s Vom, where she is simultaneously covered in both sick and not-sick until she reverts back to her standard human shape.

Samus operates the Morph Ball by shrinking down to an appropriate size at will, thanks once again to the conveniently unexplained and highly flexible powers of Chozo magi— er, technology.

From here two major schools of thought emerge and then swiftly branch off in wildly different directions. Some believe she runs inside the ball like a hamster let out for exercise, the suit’s often opaque armour plating the only thing preserving her dignity, while others suggest a tiny Samus sits on a tiny Samus-sized swivel chair and uses a controller of a console-appropriate shape to navigate the world around her, all viewed through an equally dinky monitor.

Both theories adequately explain another mystery: how she is able to store an infinite supply of those little wall-destroying bombs she somehow carries with her everywhere. If she can shrink herself, then she can presumably shrink those, too, automatically re-embiggening them whenever she needs to blow a hole in the floor or give herself a little height boost.

This also raises the possibility of the entire Chozo race actually being completely fine and living exactly where they used to, with a population-wide shrink tech malfunction reducing them down to Picori proportions.

As we all know Samus is the very best like no-one ever was and she really does gotta catch ‘em all — so long as “‘em all” are Space Pirates and/or Metroids. It only makes sense, then, that the Morph Ball is in fact based on highly advanced Poké Ball technology.

Assuming this theory to be true allows us to come to two very important conclusions. One; the Samus Timeline is a dark future where famous Pokémon trainer Ash was killed at a crucial point in history, allowing Ridleyanni and Team Space Pirate to run amok. And two; the inside of a Morph Ball is incredibly comfortable.

Rumours that our space hunting heroine didn’t speak in earlier games because she hadn’t yet learned to vocalise anything other than “SaMUS! Saaaaamus! Samussamus?” are currently unproven.

We’ll include this one purely out of sympathy for its believers rather than because it has any real merit.

There are those out there who insist “It’s not that deep, nerd” and that Samus takes on a ball-like form because it’s a small and mobile form, just happens to be a shape that’s immediately recognisable at any resolution, and requires little to no true animation to convincingly roll around the screen.

We strongly urge such misguided individuals to consider the above alternatives again, or at least point us to the logbook entry they believe supports such a wild idea as this.

Which of these theories do you think is most likely to be true, or do you have an entirely different idea of your own? Do you ever want Nintendo to explain it at all? Let us know by voting in the poll below and roll on down to the comments section to drop your own Power Bomb…