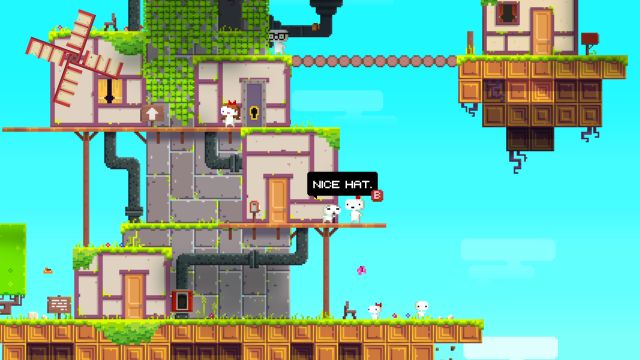 The classic 2D…3D? puzzle platformer Fez is out now on Switch! Originally released in 2012 and created by Phil Fish, Fez takes a creative look into how or perception controls what we think is possible. Play as Gomez after he discovers what he thought was his 2D world is actually 3D. With this knowledge, navigate levels and journey to the end of time and space. Phil Fish was heavily inspired by classic retro Nintendo games and the game was well received back in 2012.

Did you play Fez when it first came out? Do you remember the controversial development? Or is Fez new for you and your looking to try it out?

The post <em>Fez</em> Is Out Now! appeared first on Nintendojo.